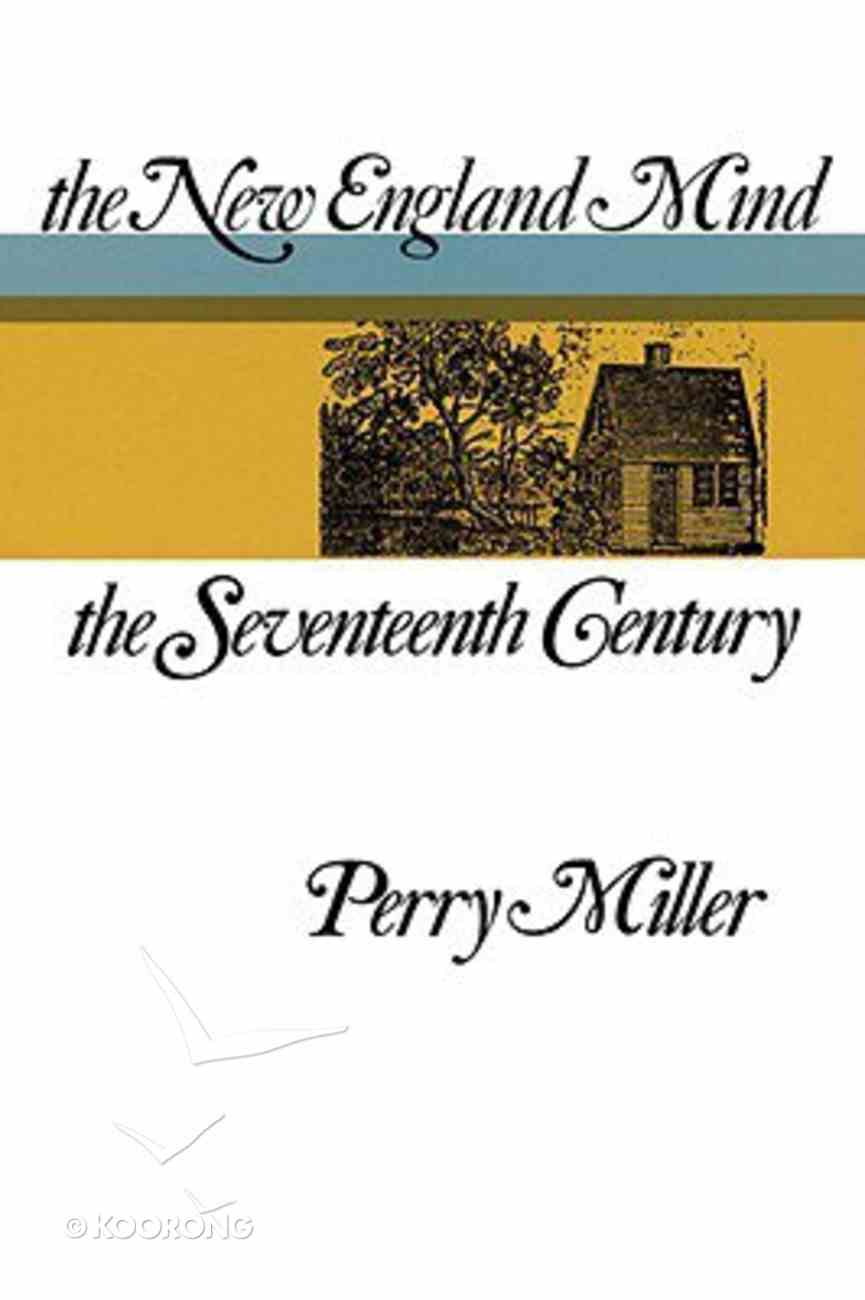 This classic work towers over the great mass of subsequent scholarship, and remains after forty years our single best work on American Puritanism... For many years to come every serious student of American Puritanism will still have to begin by...

Gentle on My Mind: In Sickness and in Health With Glen Campbell
Kim Campbell
Hardback

This classic work towers over the great mass of subsequent scholarship, and remains after forty years our single best work on American Puritanism... For many years to come every serious student of American Puritanism will still have to begin by reading The New England Mind.
-Publisher

The late Perry Miller once stated, "I have been compelled to insist that the mind of man is the basic factor in human history," and his study of the mind in America has shaped the thought of three decades of scholars.


The fifteen essays here collected--several of them previously unpublished--address themselves to facets of the American consciousness and to their expression in literature from the time of the Cambridge Agreement to the Nobel Prize acceptance speeches of Hemingway and Faulkner. A companion volume to Errand into the Wilderness, its general theme is one adumbrated in Mr. Miller's two-volume masterpiece, The New England Mind--the thrust of civilization into the vast, empty continent and its effect upon Americans' concept of themselves as "nature's nation."


The essays first concentrate on Puritan covenant theology and its gradual adaptation to changing conditions in America: the decline in zeal for a "Bible commonwealth," the growth of trade and industy, and the necessity for coexisting with large masses of unchurched people. As the book progresses, the emphasis shifts from religion to the philosophy of nature to the development of an original literature, although Mr. Miller is usually analyzing simultaneously all three aspects of the American quest for self-identity. In the final essays, he shows how the forces that molded the self-conscious articulateness of the early New Englanders still operate in the work of contemporary American writers.


The introduction to this collection is by Kenneth Murdock, Francis Lee Higginson Professor of English Literature, Emeritus, Harvard University, who, with Perry Miller and Samuel Eliot Morison, accomplished what has been called "one of the great historical re-evaluations of this generation."

Perry Miller (1905-1963) was an historian and literary critic. He is the author of numerous books, including the Life of the Mind in America: From the Revolution to the Civil War, which won the Pulitzer Prize for History in 1956, Jonathan Edwards, Errand into the Wilderness, American Thought: Civil War to World War I, and The New England Mind: From Colony to Province.