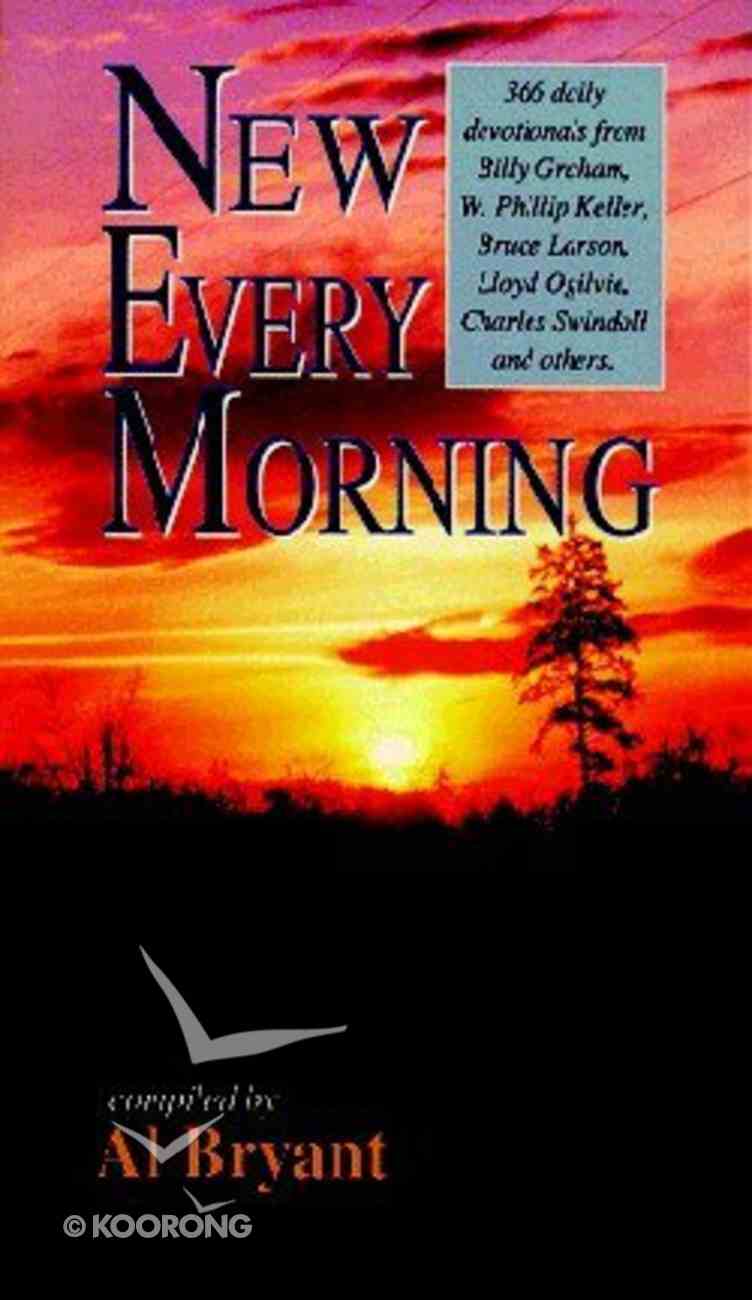 Unto the Hills: A Daily Devotional
Billy Graham
Paperback

The Scripture promise which underlies this compilation of daily meditations is Lamentations 3:23, "The steadfast love of the Lord never ceases, His mercies never come to an end; they are new every morning; great is thy faithfulness."^It is God's great faithfulness that is extolled in these meditations from the pens of such outstanding modern writers as Billy Graham, Joni Eareckson Tada, W. Phillip Keller, Lloyd J. Ogilvie, and Charles Swindoll as well as classic authors such as F. B. Meyer, Martin Luther, C. H. Spurgeon, D. L. Moody, Andrew Murray and others. These faith-strengthening devotionals will help today's readers cope with the pressures of life in an "instant" society which demands immediate answers to the myriad questions confronting us.^Each meditation is a fresh message which reaches deep into human experience, offering a glimpse of the holy, and awakening us new every morning. Through life's high points and through its valleys, you will find personal inspiration in the pages of this collection.
-Publisher

DWIGHT L. MOODY (1837-1899) was a highly acclaimed late 19th century evangelist. He founded the Moody Bible Institute of Chicago in 1886 and the Bible Institute Colportage Association, now Moody Publishers, in 1894. From training women, to reaching out to lost children, to bridging the gap between denominations, D.L. Moody was unlike any other. He is author of a number of books including "Christ in You, Heaven, Men God Challenged, " and "Spiritual Power". His life is also chronicled in "A Passion for Souls: The Life of D.L. Moody" by Lyle Dorsett. He and his wife, Emma, had two children.

Who I Am in Christ: A Devotional
Neil T Anderson
Paperback

Wake Up to the Word: 365 Devotions to Inspire You Each Day
Joyce Meyer
Hardback