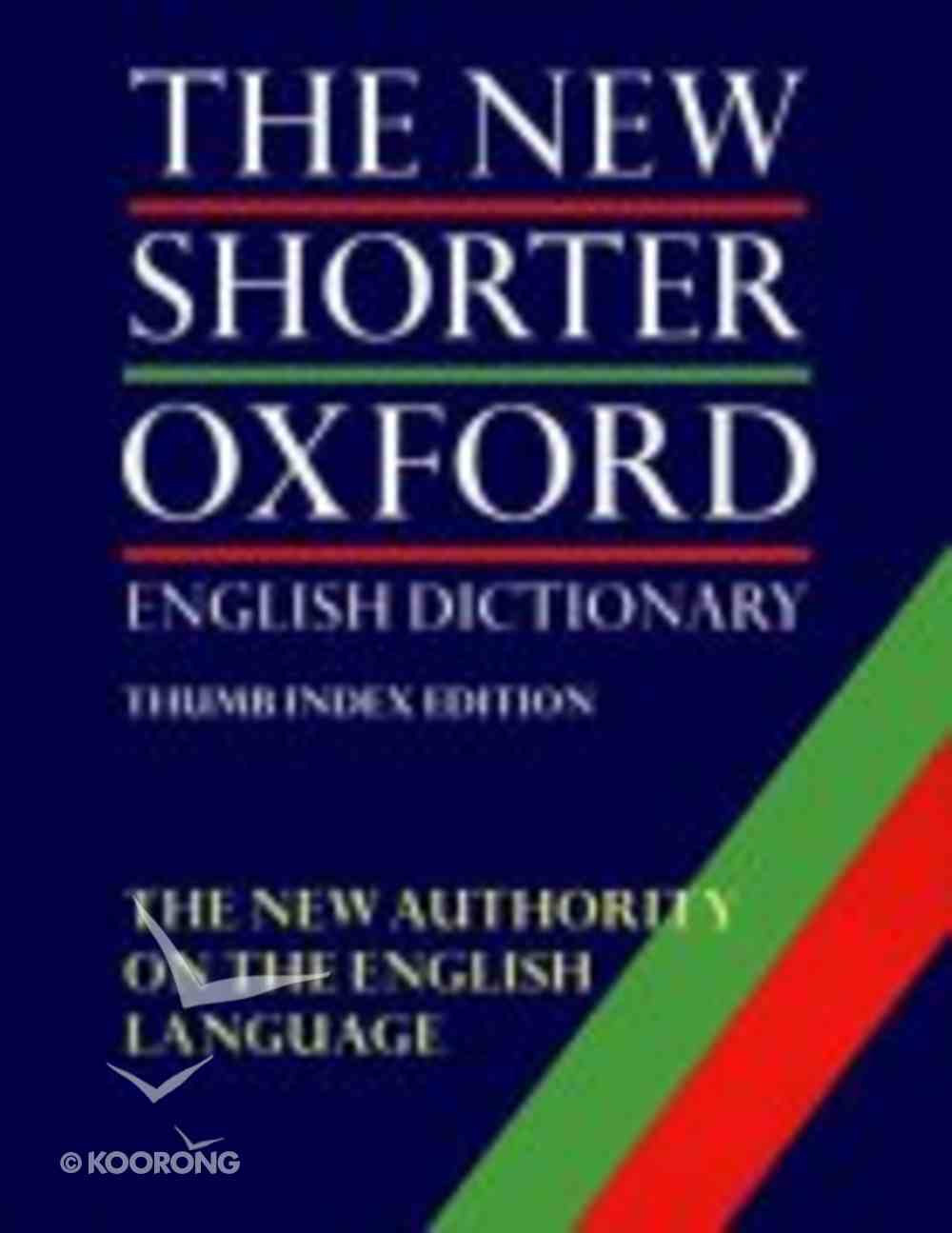 For the past sixty-five years, the massiveOxford English Dictionaryhas offered the last word on the English language. Now, Oxford University Press is pleased to announce a landmark new dictionary--The New Shorter Oxford English Dictionary--that brings the authority of the Oxford Dictionary Department and the vast scholarship of theOEDitself within the reach of individuals.
This completely new dictionary covers virtually every word or phrase in use in English--worldwide--since 1700. Not strictly an abridgment of theOED, theNew Shorterdraws on theOED's ongoing revision as well as its own independent research program. Each entry provides all the information you would expect from a leading unabridged dictionary: it identifies each word's various meanings, origins, part of speech, pronunciation (in the International Phonetic Alphabet), and combinations in which the word is often found, as well as cross-references to related words.The New Shorter, however, offers something that no competitor can match: the historical, literary approach made justly famous by theOED. Thousands upon thousands of changing meanings are followed through history, illustrated by more than 83,000 quotations, from Ben Franklin to Lord Byron, from Jane Austen to Kazuo Ishiguro. The changing emphasis in the meaning offiend, for instance, is shown by quotes ranging from Milton ("The Gates...belching outrageous flame...since the Fiend pass'd through") to J.D. Salinger ("Old Brossard was a bridge fiend, and he started looking around the dorm for a game").
The historical approach ofThe New Shorteroffers a true feel for our rich, subtly textured language. Words are a palimpsest: along with their current meanings, many words contain the shadows of their past definitions. Understanding a word's history can help writers and speakers charge their language with nuance as well as precision.The New Shorteroffers a delightful introduction to the fruits of etymology, providing a fascinating guide to the evolution of language--for both scholars and those who need a practical aid to contemporary usage.
In addition,The New Shorteroffers truly international--and up-to-date--coverage. Every year, theOxford Dictionary Departmentreceives more than 200,000 notices of new words and meanings. These notices come from the United States, Great Britain, Australia, Canada, South Africa, India--everywhere English is spoken. As a result, this two-volume work boasts an unprecedented range of headwords and meanings, drawn from the arts and humanities as well as the sciences and technology. From molecular biology to computer software, from human anthropology to theoretical physics, the subjects covered in this dictionary make it a useful resource for scientific professionals--and for the unscientific struggling with technical terms.
The result is the world's most comprehensive, thorough, up-to-date dictionary of English. A fascinating and endlessly browsable reference,The New Shorter Oxford English Dictionaryprovides the definitive resource for scholars, professionals, general readers--for anyone, in fact, who wants the wealth of language available only in an unabridged dictionary.
FEATURES:

· Combines information from theOEDwith the work of a massive research project, offering thousands of fresh entries and new definitions

· Traces the etymology and evolution of thousands of worlds (candidate, for instance, stems from a Latin word meaning "clothed un white," as Roman candidates for public office dressed in white togas)