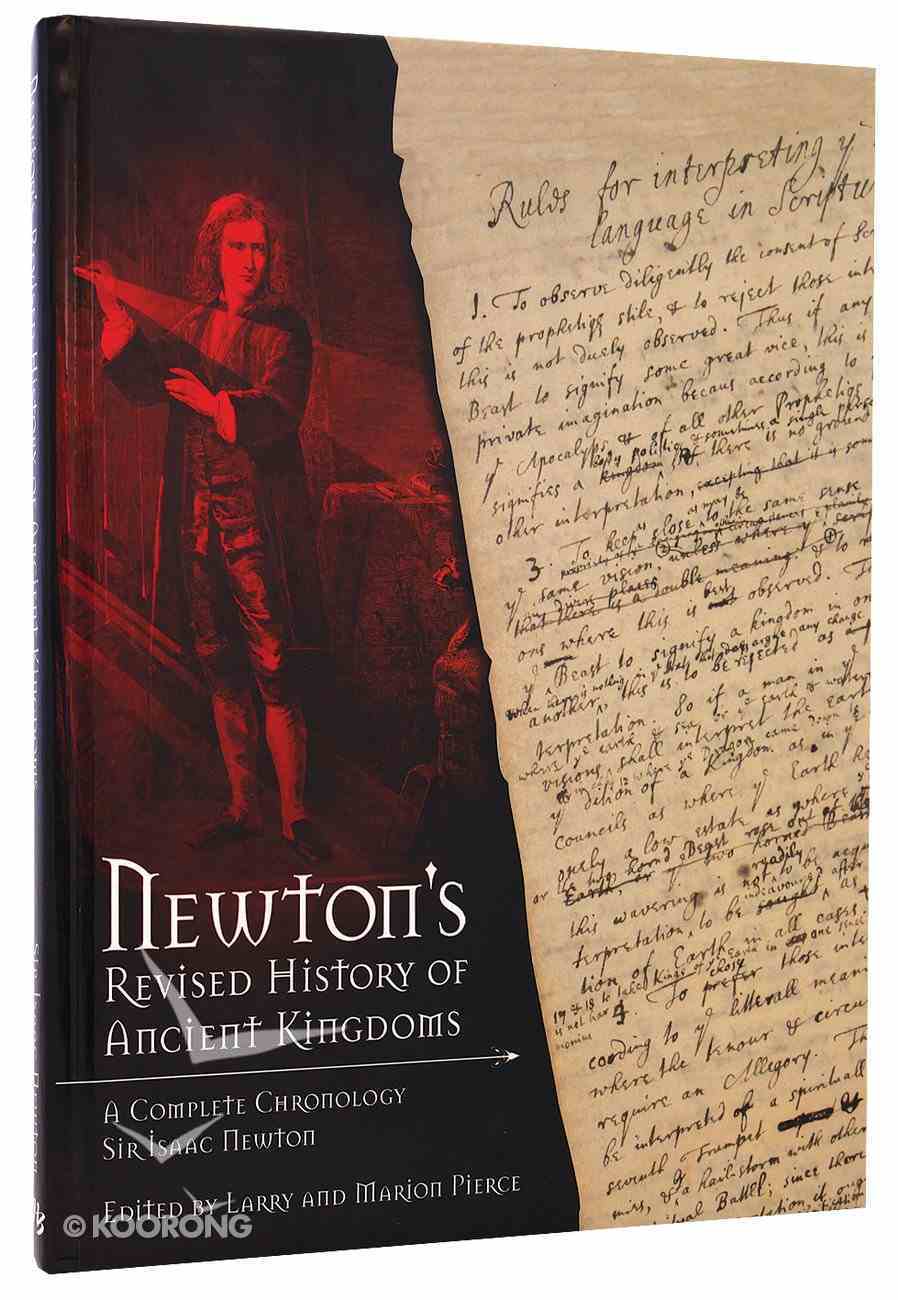 Sir Isaac Newton (1642-1727) is renowned for his pioneering scientific and mathematical work. Less well known is his work on biblical interpretation. This book contains Newton's painstaking study of the chronology and kingdoms of the Bible world.

2 available
Expected to ship within 5 hours from Australia.
Learn More
Free Shipping
for orders over $99.

A Chronological Tour Through the Bible: From Adam to Amen
Ron Rhodes
Paperback

Sir Isaac Newton (1642-1727) is renowned for his pioneering scientific and mathematical work. Less well known is his work on biblical interpretation. This book contains Newton's painstaking study of the chronology and kingdoms of the Bible world.

CONTAINS DIAGRAMS OF SOLOMON'S TEMPLE, CRITICAL ANALYSIS OF HISTORICAL SOURCES, AND RE-VISITS THE CHRONOLOGIES OF MAJOR CIVILIZATIONS. KEEP AN OPEN MIND AS YOU READ THIS BOOK. YOUR VIEW OF ANCIENT HISTORY WILL NEVER BE THE SAME AGAIN!
-Publisher

Born at Woolsthorpe, England, Sir Isaac Newton was educated at Trinity College, Cambridge University, where he graduated in 1665. During the plague of 1666, he remained at Woolsthorpe, during which time he formulated his theory of fluxions (the infinitesimal calculus) and the main outlines of his theories of mechanics, astronomy, and optics, including the theory of universal gravitation. The results of his researches were not circulated until 1669, but when he returned to Trinity in 1667, he was immediately appointed to succeed his teacher as professor of mathematics. His greatest work, the Mathematical Principles of Natural Philosophy, was published in 1687 to immediate and universal acclaim. Newton was elected to Parliament in 1689. In 1699, he was appointed head of the royal mint, and four years later he was elected president of the Royal Society; both positions he held until his death. Personally, Newton was shy, reserved, and humorless, as well as ambitious, jealous, and quarrelsome. He preferred to engage in polemics by proxy. In later life, Newton devoted his main intellectual energies to theological speculation and alchemical experiments. The latter were apparently without result, and the former were deliberately left in obscurity because of Newton's unorthodox anti-Trinitarian views. The philosophical foundations of Newton's physical theory, as seen by its creator, have been a matter of speculation. From the eighteenth century onward, it was customary to interpret Newton as a modest empiricist: his remark in the Mathematical Principles that he "does not feign hypotheses" regarding the cause of gravity has usually been read in this way. But twentieth-century scholarship has suggested a different view. It appears that Newton was convinced that there had to be a mechanistic explanation of gravitational attraction but was frustrated in his attempts to provide one. However, Newton opposed Cartesian physics because he thought it too materialistic; Newton denied the principle of conservation of energy, believing that divine design, and even direct divine influence in the world, was required to account for the origin and stability of the solar system and to prevent the stars from collapsing into a single mass under the influence of gravity.