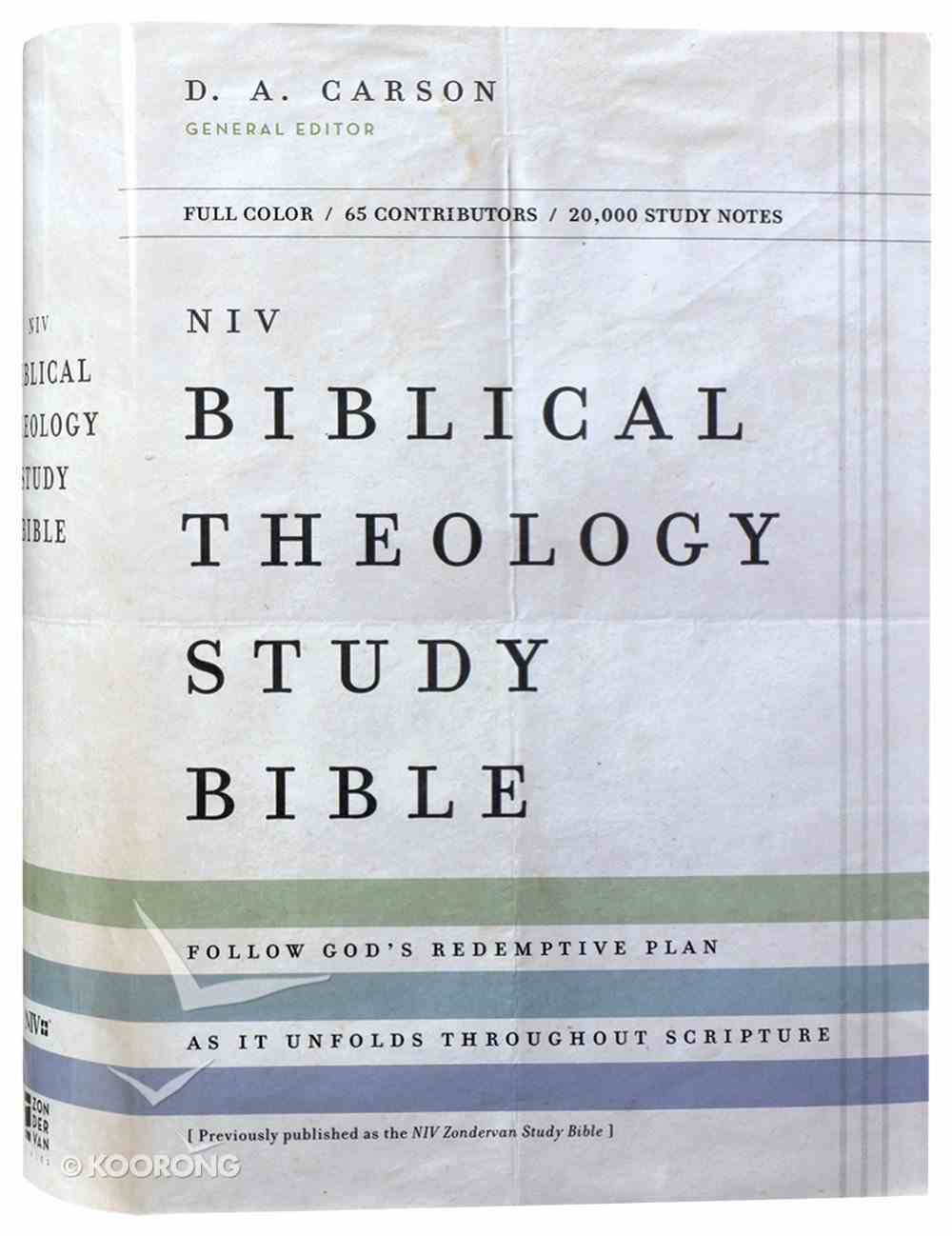 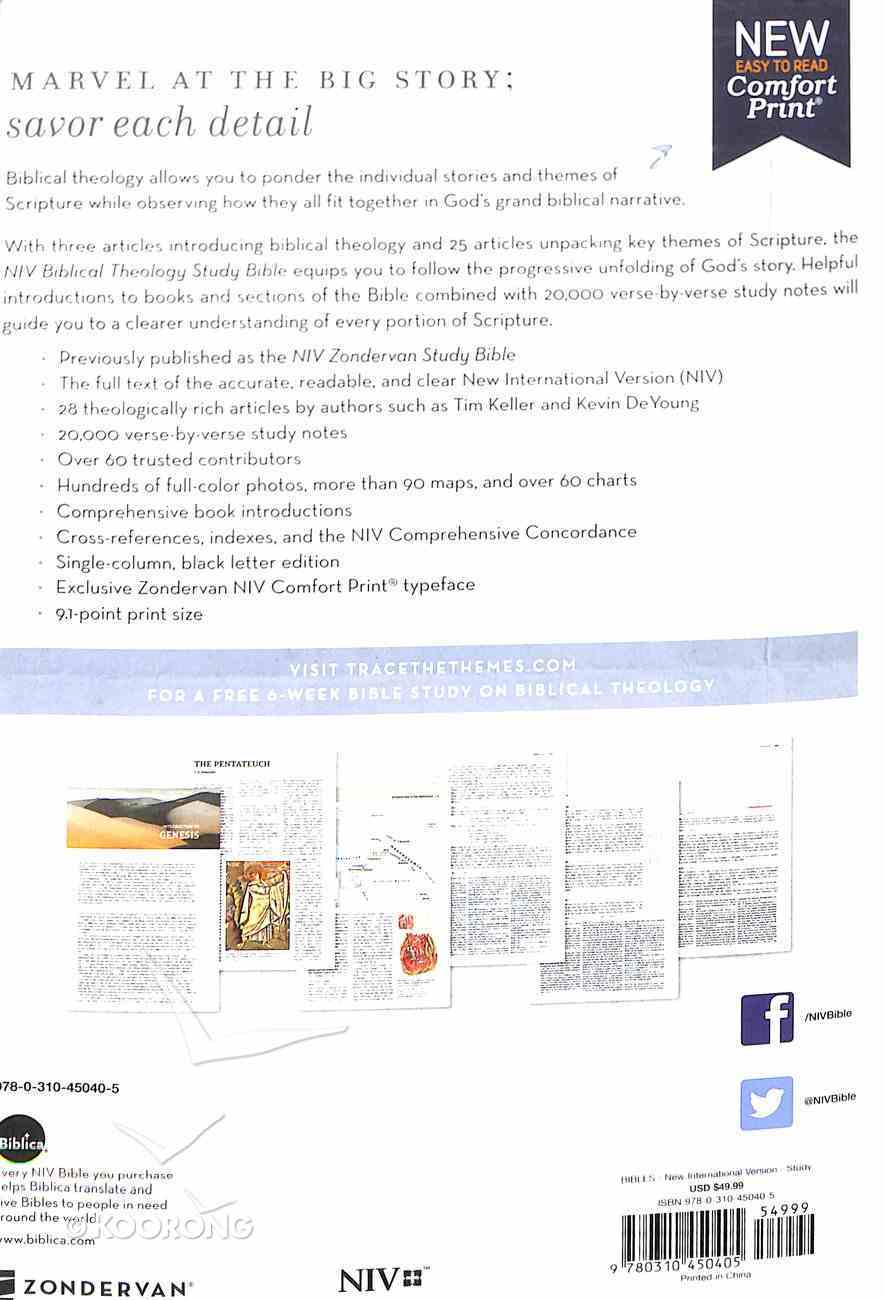 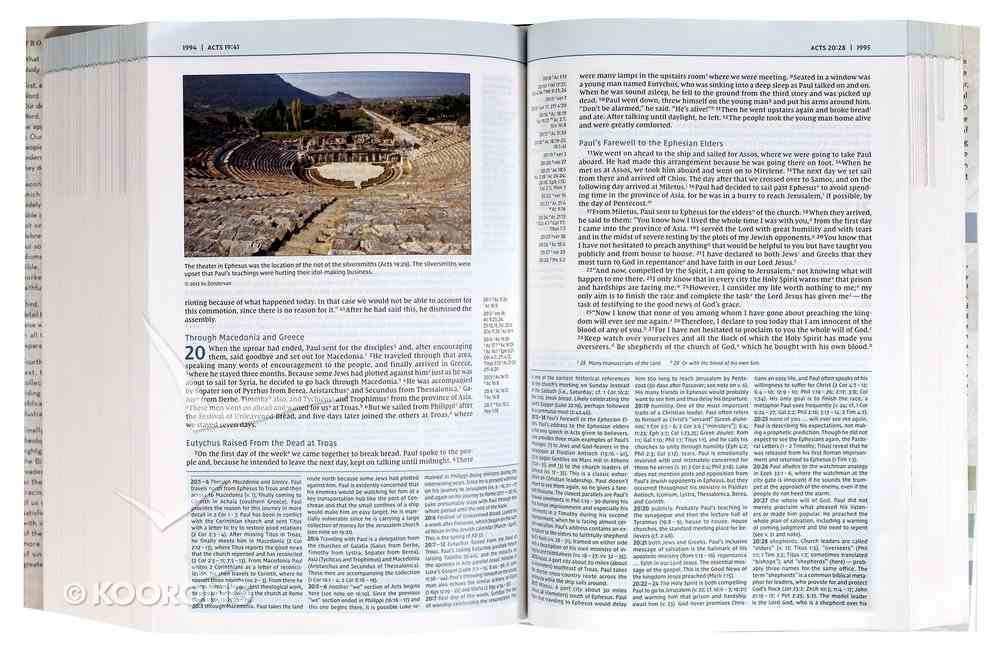 The best-selling NIV Zondervan Study Bible is now the NIV Biblical Theology Study Bible - the same ground-breaking content, in a fresh layout that is extra easy on the eye! The text is presented in Comfort Print and the notes...

The best-selling NIV Zondervan Study Bible is now the NIV Biblical Theology Study Bible - the same ground-breaking content, in a fresh layout that is extra easy on the eye! The text is presented in Comfort Print and the notes section on each page has increased from two to three columns, allowing for greater readability in a more compact space.

:
Marvel at the big story; savor each detail


Biblical Theology allows you to ponder the individual stories and themes of Scripture while observing how they all fit together in God's grand biblical narrative.


With three articles introducing Biblical theology and 25 articles unpacking key themes of Scripture, the NIV Biblical Theology Study Bible equips you to follow the progressive unfolding of God's story. Helpful introductions to books and sections of the Bible combined with 20,000 verse-by-verse study notes will guide you to a clearer understanding of every portion of Scripture.

This Bible features the New International Version (NIV), which is the most widely read Bible translation in contemporary English and is trusted for its combination of accuracy, readability, and beauty. 28 theologically rich articles by authors such as Tim Keller and Kevin DeYoung 20,000 verse-by-verse study notes Hundreds of full-color photos, more than 90 maps, and over 60 charts Comprehensive book introductions Over 60 trusted contributors Cross-references and the NIV Comprehensive Concordance Single-column, black letter edition Exclusive Zondervan NIV Comfort Print® typeface
-Publisher

T. Desmond Alexander is director of Christian training, Union Theological College, Belfast, and formerly lecturer in Semitic studies at The Queen's University in Belfast. He is the coeditor of the New Dictionary of Biblical Theology.