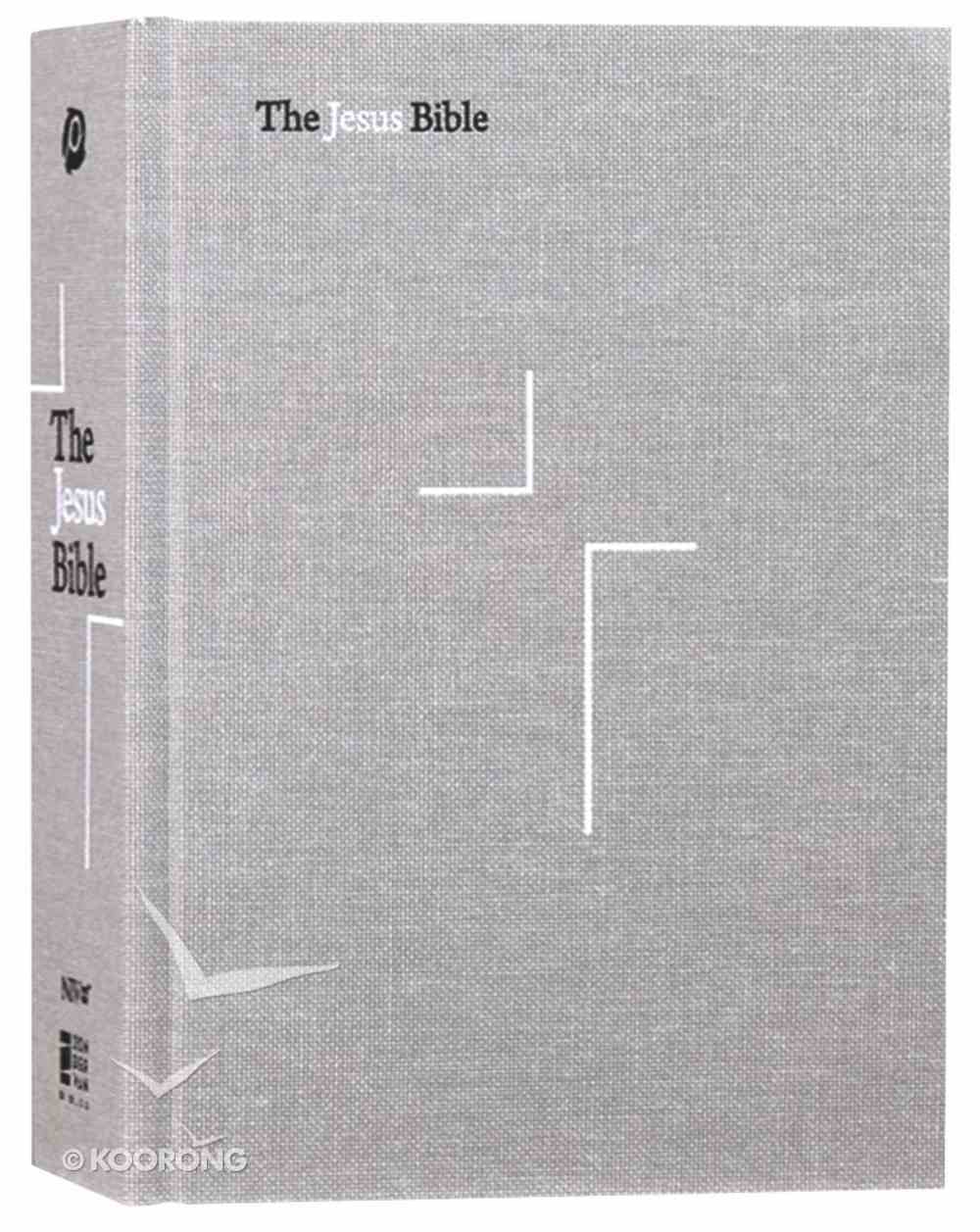 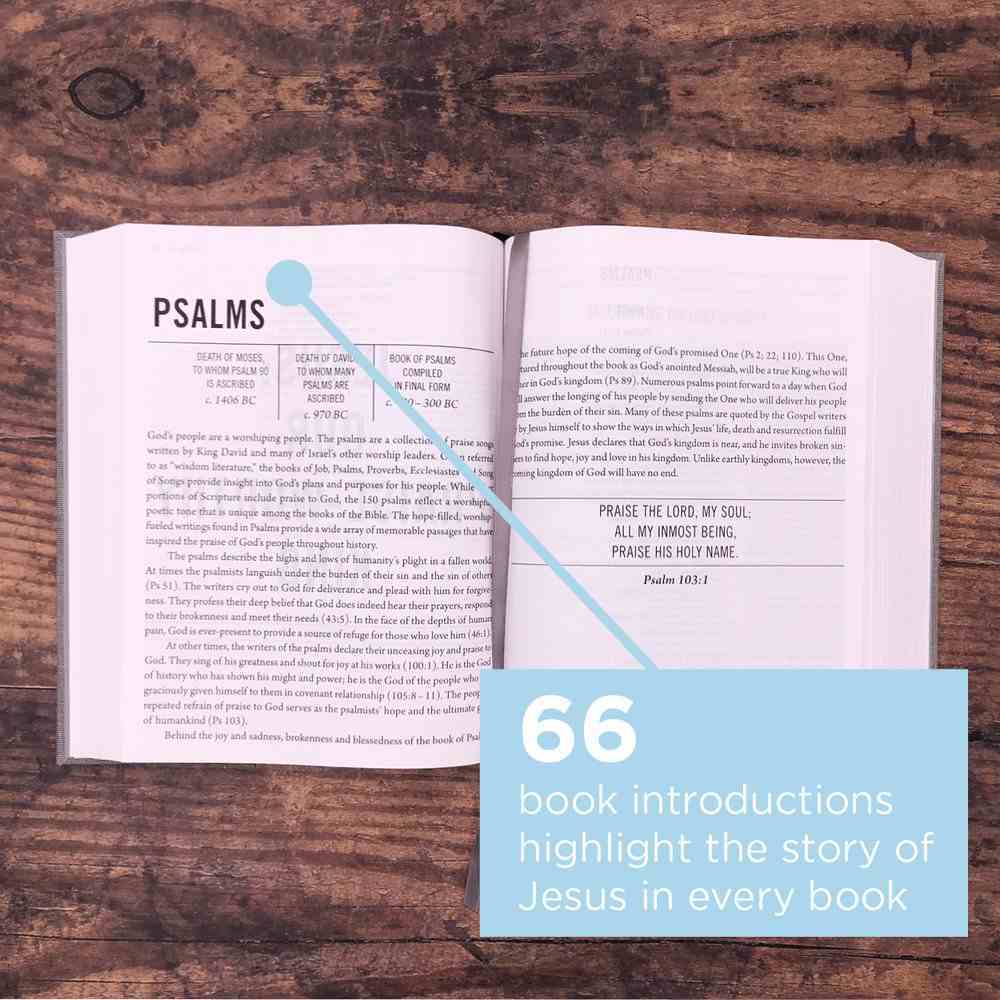 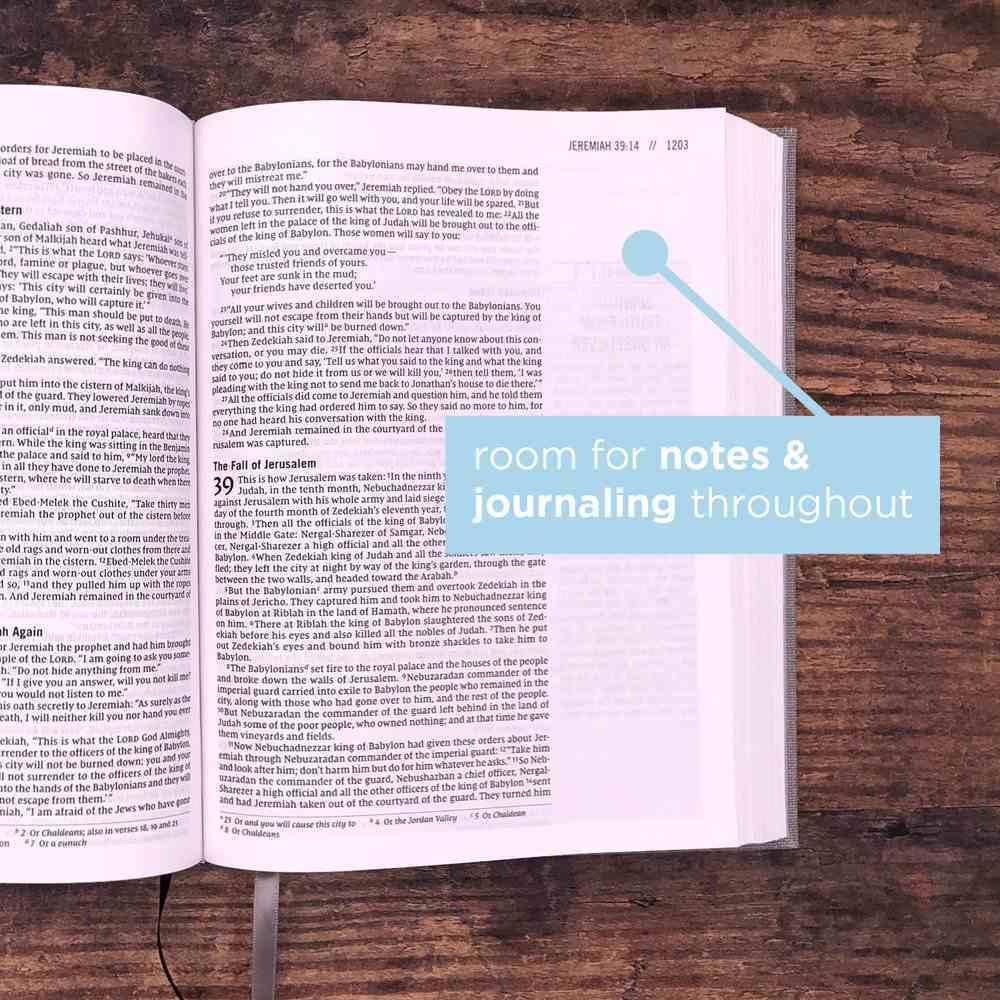 With exclusive articles from Louie Giglio, Max Lucado, John Piper, Ravi Zacharias, and Randy Alcorn, this wide margin Bible lifts Jesus up as the lead story of the Bible. This edition has been set in the exclusive NIV Comfort Print...

With exclusive articles from Louie Giglio, Max Lucado, John Piper, Ravi Zacharias, and Randy Alcorn, this wide margin Bible lifts Jesus up as the lead story of the Bible. This edition has been set in the exclusive NIV Comfort Print typeface, increasing readability without sacrificing portability.

:
Sixty-Six Books. One Story. All About One Name.


Encounter the living Jesus in all of Scripture. From the Passion Movement, The Jesus Bible, NIV Edition, with exclusive articles from Louie Giglio, Max Lucado, John Piper, Ravi Zacharias, and Randy Alcorn, lifts Jesus up as the lead story of the Bible.


Profound yet accessible study features help you meet Jesus throughout Scripture. See him in every book so that you may know him more intimately, love him more passionately, and walk with him more faithfully.


This edition has been set in the exclusive Zondervan NIV Comfort Print® typeface, increasing readability without sacrificing portability.

Introduction by Louie Giglio 66 book introductions highlight the story of Jesus in every book Seven compelling essays on the grand narrative of Scripture by Louie Giglio, Max Lucado, John Piper, Ravi Zacharias, and Randy Alcorn guide you to treasure Jesus and encourage you to faithfully follow him as you participate in his story Over 300 full-page articles and nearly 700 sidebar articles reveal Jesus throughout all of Scripture Single-column text of the most widely read modern-English Bible-the New International Version (NIV) Room for notes and journaling throughout NIV dictionary-concordance Two ribbon markers Exclusive Zondervan NIV Comfort Print® typeface 9.5-point print size
-Publisher