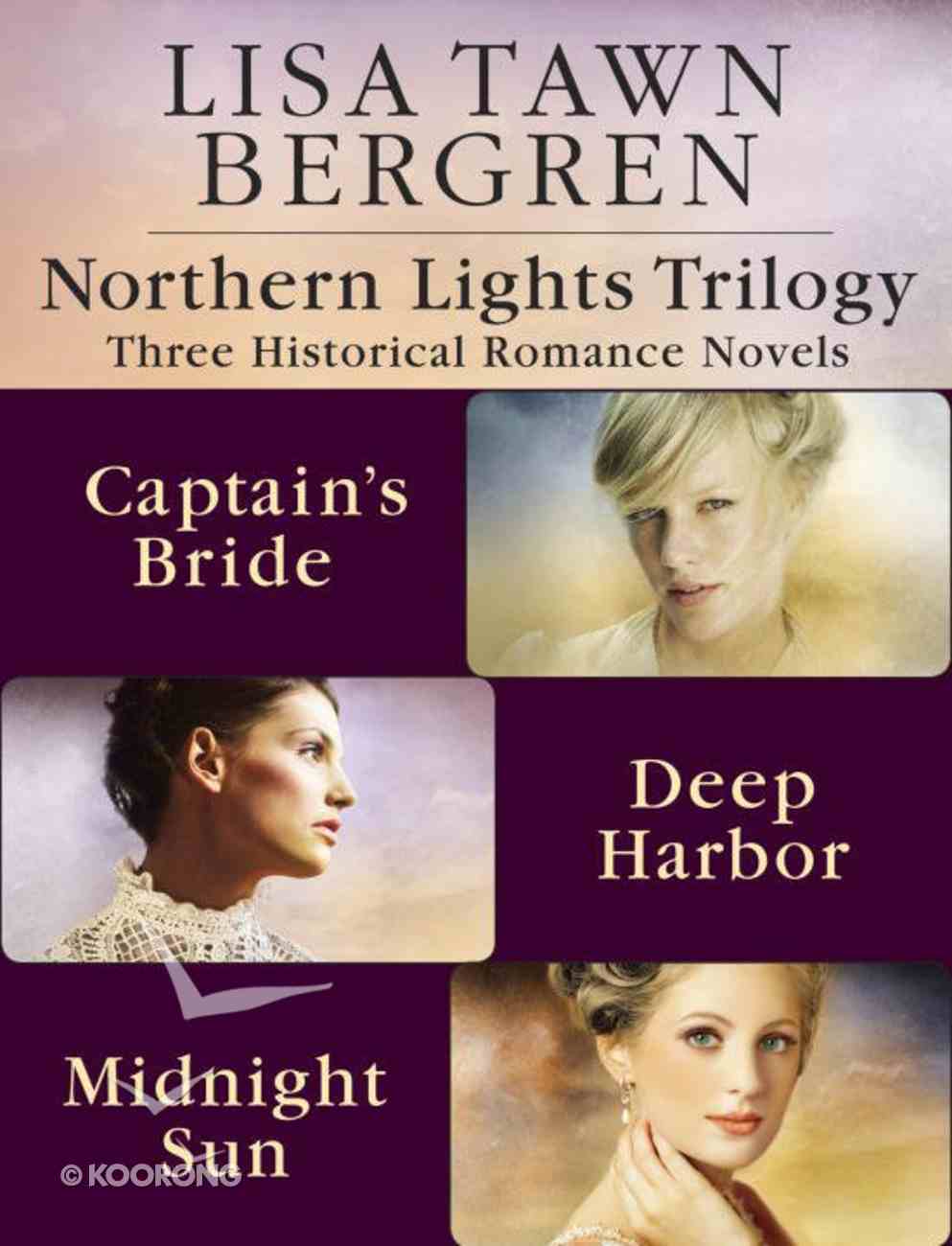 Three Historical novels for the price of one in this eBook-e-only omnibus. From the hills of Norway to the coast of Maine, the streets of San Francisco and the Alaskan wilderness, comes this stirring trilogy about a group of Norwegian...

Three Historical novels for the price of one in this eBook-e-only omnibus. From the hills of Norway to the coast of Maine, the streets of San Francisco and the Alaskan wilderness, comes this stirring trilogy about a group of Norwegian immigrants whose lives are forever intertwined. Set in the late nineteenth century, The Northern Lights series will captivate historical fiction fans. Lovers of family saga and adventure will be swept into the tender romances, as characters make important journeys toward growth and real faith.

Leaving their home in Norway behind, Elsa and Peder Ramstad embark on a new life in with their closest friends, including: Kaatje Jansen, a woman seeking a new beginning for the sake of her marriage and for the child growing within her; Elsa's sister Tora, a sly young vixen who knows exactly what she wants--and exactly how to get it; and Karl Martensen, a man torn between his friendship for Peder and a forbidden, secret love for Elsa.

Experience an epic saga of perseverance and passion, faith, and fidelity.

Determined to live "the good life," no matter the price, Tora Anders weaves a web of lies that could cost her everything she cares for-including a successful future and the man she loves. Her sister, Elsa Ramstad, has everything her heart desires: a loving husband, a family she adores, and a fulfilling life at sea. Then tragedy strikes. Now, drawing upon her faith and all the strength she can muster, Elsa must once again discover the woman she is and who she chooses to be.

Four years after her husband's disappearance, Kaatje Janssen struggles to raise two young daughters and tend her farm. But when help comes from the most unlikely source, Kaatje faces both uncertainty about the future and a deep secret from her past. And after years of grappling with his feelings for Elsa and the mistakes he has made, Karl is caught in a life of loneliness and emptiness. Can he finally accept the reality of what he once lost and open himself up to the possibility of what could be?

Separated by physical distance and emotional boundaries, these four bound by friendship and family find each other once again and discover that some ties can never be broken in Deep Harbor.

Desperate to know if her missing husband still lives, Kaatje Janssen hires the rugged, yet tenderhearted, James Walker to guide her through the perils of the Alaskan wilderness. What she finally discovers, however, is far from what she expected...and could well place her in the greatest danger of her life.

As captain of the Majestic and mother of Kristian and Eve, Elsa Ramstad has sought to ease the ache of her lonely heart. But when an old friend rekindles the spark of romance within her, will she allow the flames of love to burn again?

Her foolish youth behind her, Tora Anders looks forward to her wedding and a fresh start in life as the wife of her beloved, Trent Storm. But first she must confront, face-to-face, the terrible demons of her past--and her struggle to forgive the man who radically altered her future.


Though widely admired, Captain Karl Martensen feels no depth of emotion for any of the women with whom his life becomes uncomfortably entangled. He has only tender memories of the love he once lost--a love who, by the grace of God, he may just find again.

Witness the glorious conclusion of The Northern Lights Trilogy as four bound by friendship journey out of the shadow of their darkest days into the bright future awaiting them in the land of the Midnight Sun.