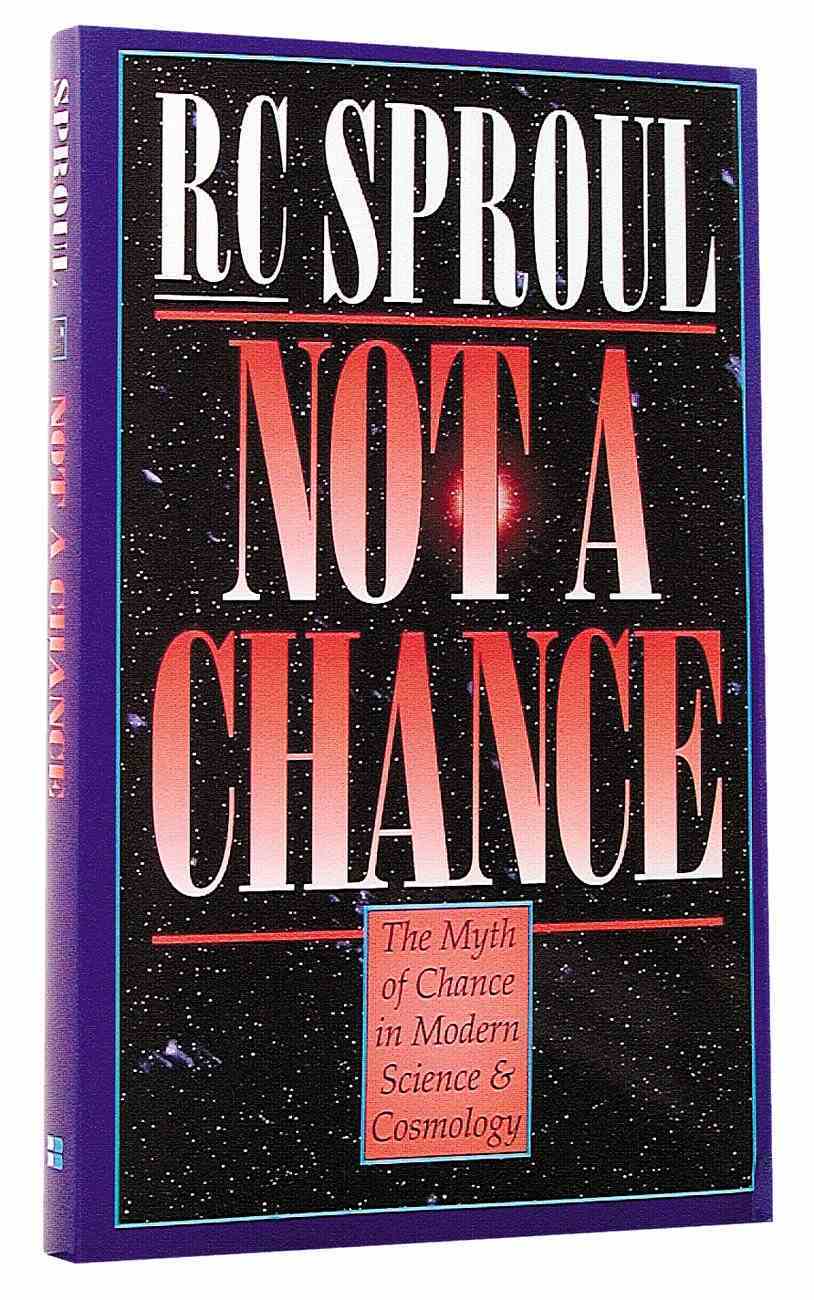 Could blind chance really be responsible for everything that exists? Approaching the question from mathematics, logic, and the sciences, philosopher-theologian R C Sproul provides an informed answer.

Christianity and the Nature of Science
J P Moreland
eBook

The Fool and the Heretic: How Two Scientists Moved Beyond Labels to a Christian Dialog About Creation and Evolution
Todd Charles Wood, Darrel Falk
Paperback

Could blind chance really be responsible for everything that exists? Approaching the question from mathematics, logic, and the sciences, philosopher-theologian R C Sproul provides an informed answer.

R.\u00a0C. Sproul refutes the view of many contemporary scientists that chance can cause something to come into being or cause an event to occur.
-Publisher

"People need a serious attempt to analyze the scientific uses of the term chance, as well as the implications of these uses for one's overall worldview. Not a Chance meets this need admirably."--J. P. Moreland, author of Christianity and the Nature of Science "Not A Chance warns of the destruction of science by scientists' and others' abuse of philosophy, ontology, and epistemology. R. C. Sproul offers a cure, a cure that is both easy to understand and easy to apply."--Hugh Ross, author of The Creator and the Cosmos "Sproul has effectively laid to rest the bugaboo of chance that threatens the intelligibility of science and the possibility of theology."--Norman Geisler, author of Origin Science "Sproul has given us a powerfully argued, landmark work, in what has been an unremitting conflict between chance and agency. Here science, philosophy, and theology meet."--Ravi Zacharias, author of The Shattered Visage of Atheism "Not a Chance is Sproul at his best, which is very good. Reference to chance explains nothing, as he shows. But it is an essential factor in the struggles of atheism to appear rational in the face of the world where we live. He shows secularism to be what it now is: a desperate faith."--Dallas Willard, Department of Philosophy University of Southern California
-Publisher