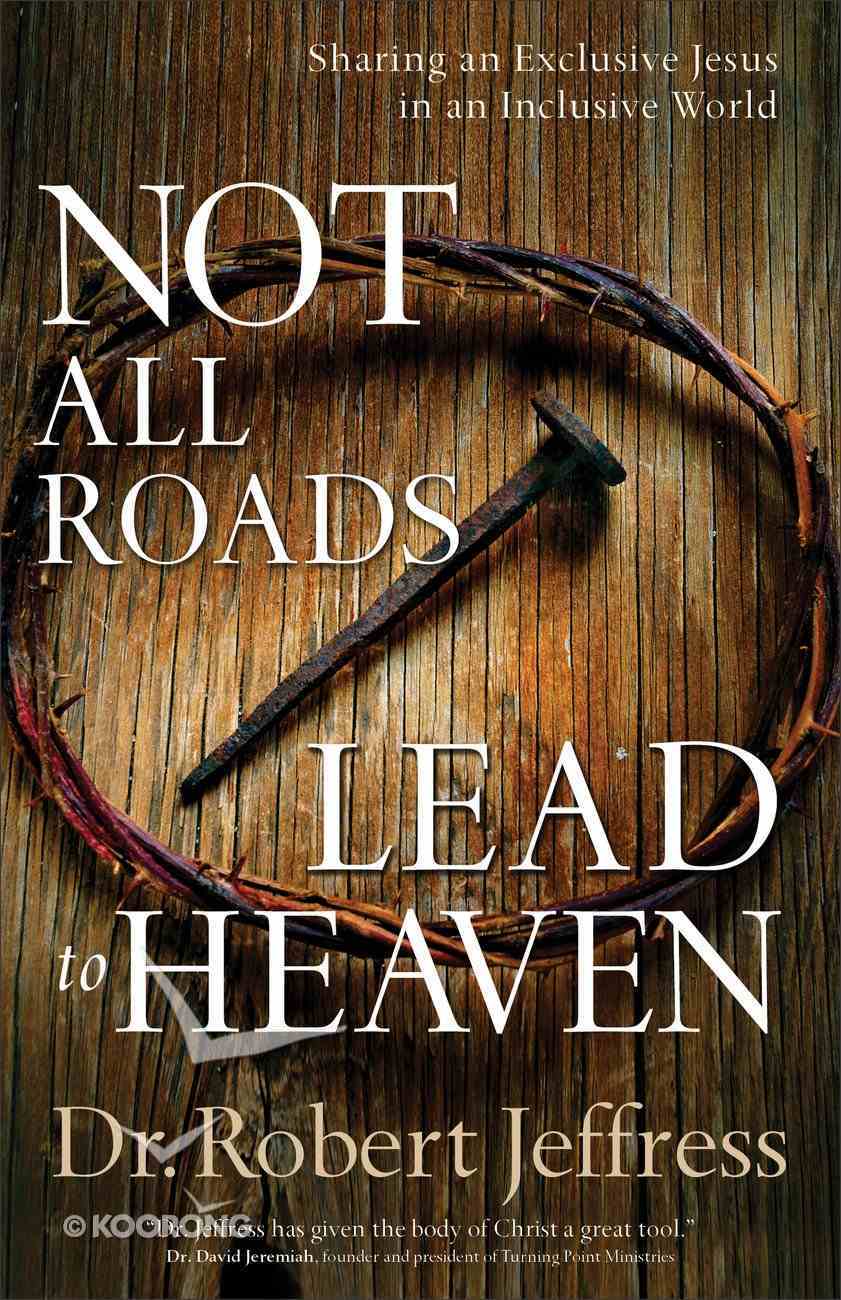 Not All Roads Lead to Heaven: Sharing An Exclusive Jesus in An Inclusive World

:Almost 60 percent of those in American evangelical churches believe that many religions can lead to eternal life. But if Jesus is to be trusted when he says that no one comes to the Father except through him, the church...

8 Available
Expected to ship within 1 hour from Australia.
Learn More
Free Shipping
for orders over $99.

Not All Roads Lead to Heaven
Robert Jeffress
Paperback

Not All Roads Lead to Heaven
Robert Jeffress
eBook

Not All Roads Lead to Heaven
Robert Jeffress
eAudio

:Almost 60 percent of those in American evangelical churches believe that many religions can lead to eternal life. But if Jesus is to be trusted when he says that no one comes to the Father except through him, the church is failing in its mission. And it's not hard to guess why. An exclusive Jesus just isn't popular in our inclusive world.

Dr. Robert Jeffress calls on Christians to recover the exclusive claims of the one they claim as Lord and Savior, not as a way to keep people out of heaven but as the only way to invite them in. He tackles questions like

- Can people be saved who have never heard of Christ?
- What about those who worship God by another name?
- Do children automatically go to Heaven when they die?

True compassion for non-Christians doesn't lie in letting them go their way while we go ours, but in sharing the only true way with them.
-Publisher

Dr Robert Jeffress is the senior pastor of First Baptist Dallas. A graduate of Dallas Theological Seminary and Southwest Baptist Theological Seminary, he has written more than twenty books. His daily radio program, Pathway to Victory, is heard on more than nine hundred stations nationwide, and his weekly television program is seen on more than ten thousand cable systems and stations in the United States and in nearly two hundred countries around the world. Known for his bold, biblical stands on cultural issues, Jeffress has been interviewed on more than two thousand radio and TV programs, including Good Morning America, CBS This Morning, Fox & Friends, MSNBC, CNN, Real Time with Bill Maher, Hardball with Chris Matthews, and The O'Reilly Factor. He is the author of more than twenty books, including Not All Roads Lead to Heaven. Dr Jeffress and his wife, Amy, are the parents of two adult daughters, and live in Dallas, TX.

Heaven? Where Did You Get That Idea?
Bill Medley
Paperback