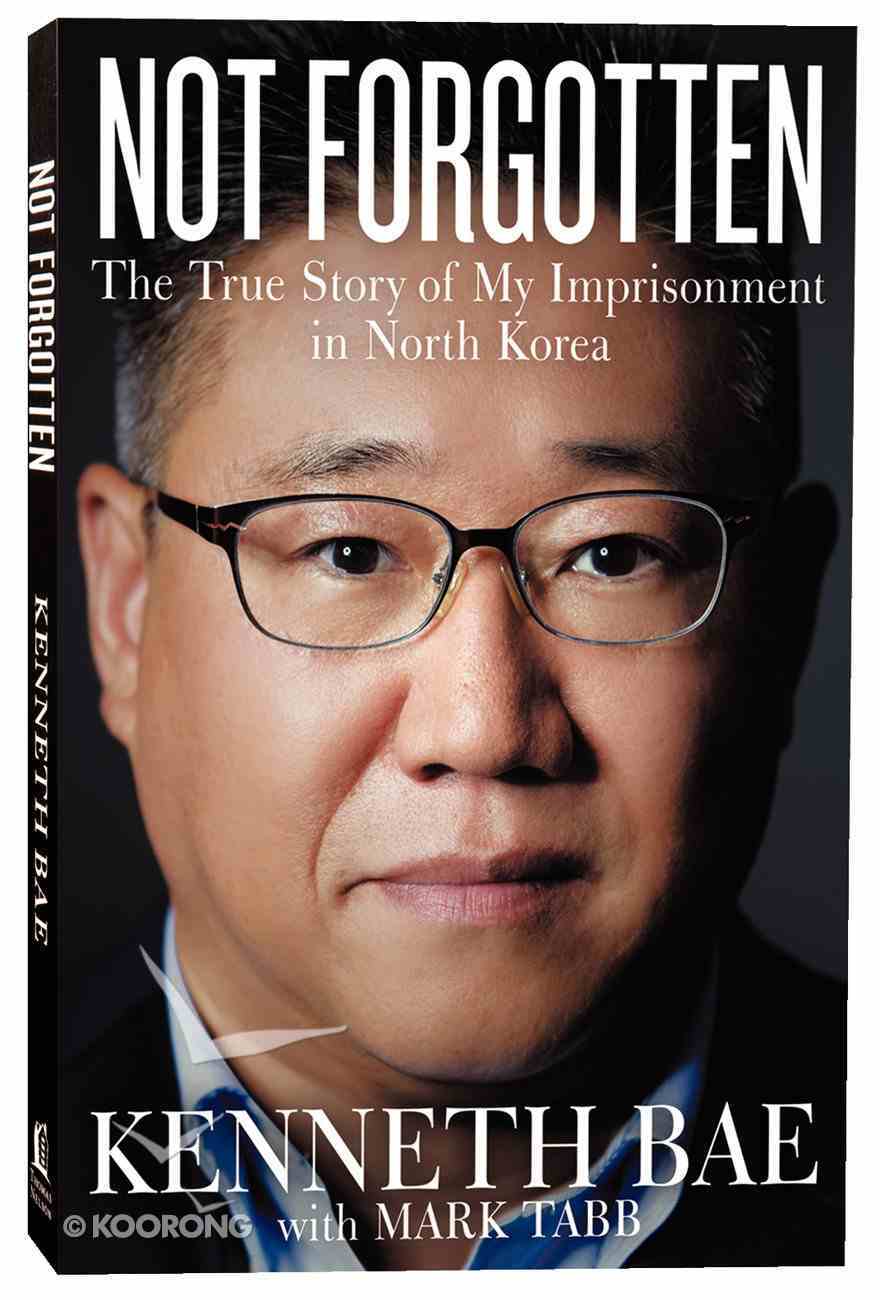 Not Forgotten: The True Story of My Imprisonment in North Korea

After six years of leading guided tours into secretive North Korea from neighbouring China, Kenneth Bae was stopped at the border. His laptop revealed Bae's missionary intent, and as a result he was sentenced to a lengthy jail term with...

God Knows What I'm Doing Here: The Incredible Story of a Mission Worker Saved From a Rebellious Past
Sheila Leech
Paperback

After six years of leading guided tours into secretive North Korea from neighbouring China, Kenneth Bae was stopped at the border. His laptop revealed Bae's missionary intent, and as a result he was sentenced to a lengthy jail term with hard labour. This is his compelling, true story.

:
For the first time, Kenneth Bae tells the full story surrounding his arrest and imprisonment in North Korea.


Not Forgotten is a modern story of intrigue, suspense, and heart. Driven by his passion to help the people of North Korea, Bae moves to neighboring China to lead guided tours into the secretive nation. Six years later, after eighteen successful excursions in and out of the country, Ken is suddenly stopped at the border: he inadvertently brought his computer with him to the checkpoint-with a hard drive that reveals the true nature of his visits. He is arrested, brought to Pyongyang for further questioning, and sentenced to fifteen years of hard labor. His crime? Attempting to overthrow the North Korean government. He may never see his family again.


From the first harrowing moments of his ordeal to his release-and even today-Ken never wavers in his love for the North Korean people, even his captors. Not Forgotten is both a compelling narrative of one man's dedication to serving the less fortunate and a modern testament of a missionary forced to rely solely on the God who sent him into dangerous territory. Readers will marvel at the rare, firsthand tour of life inside the most shrouded country on the planet, meeting its people, experiencing their daily lives, taking in the landscape, and encountering the tyranny of a totalitarian regime. With its combined spiritual and secular appeal, this never-before-told story is sure to captivate and inspire readers of all ages.