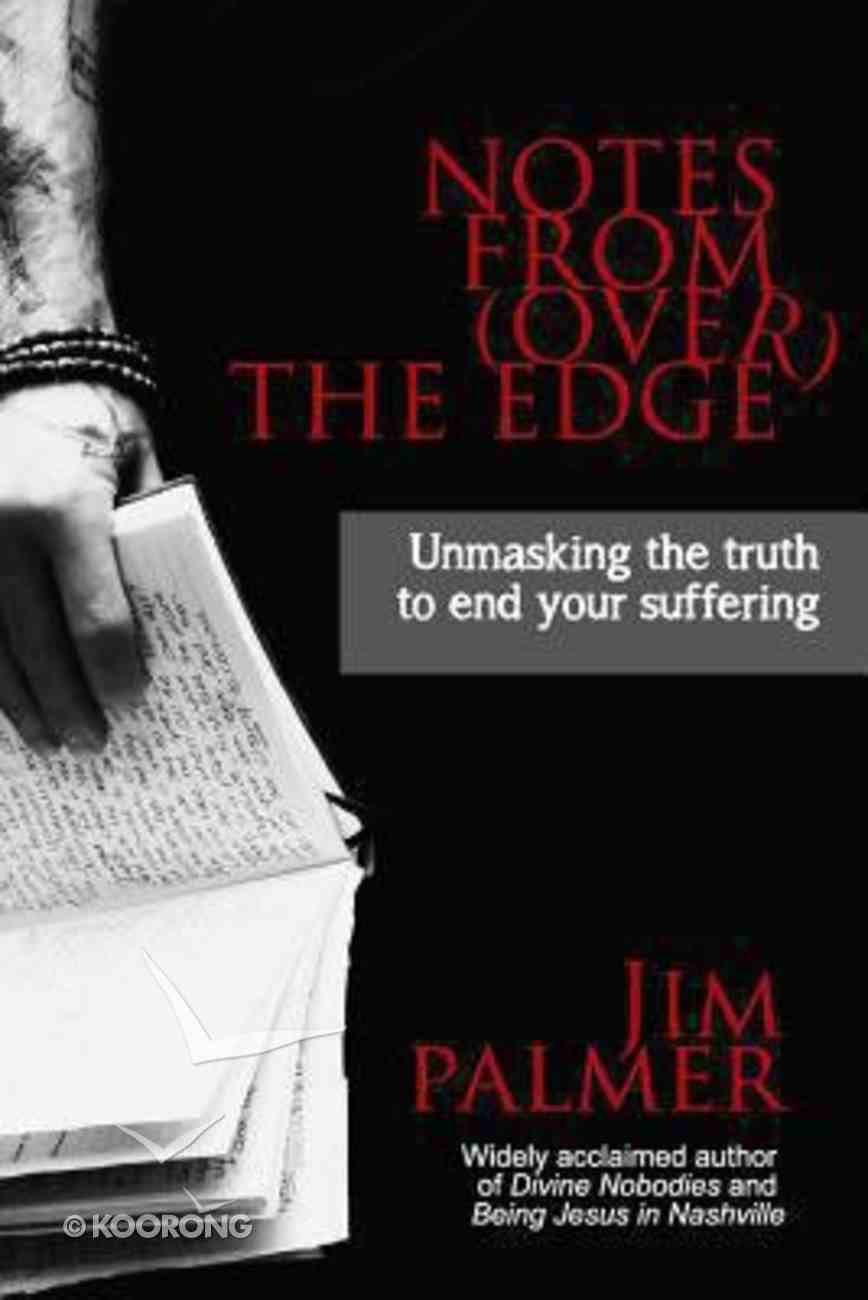 Notes From the Edge (Over)

Notes from (Over) the Edge began as scribbling on paper in a black spiral notebook. Since 2005, critically acclaimed author, Jim Palmer, has been chronicling his spiritual journey out of organized religion, in search of a deeper spirituality and lasting...

How to Survive a Shipwreck
Jonathan Martin
Paperback

How to Survive a Shipwreck
Jonathan Martin
eBook

The Recipe: How Do I Hear God's Voice?
Peter Fahim
Paperback

Meeting Place With God, A: Your Purpose and Destiny Revealed (#01 in The Heavenly Encounter Series)
Kevin L Zadai
Paperback

Winning the War in Your Mind: Change Your Thinking, Change Your Life
Craig Groeschel
Hardback

Rhythms of Rest: Finding the Spirit of Sabbath in a Busy World
Shelly Miller
Paperback

Notes from (Over) the Edge began as scribbling on paper in a black spiral notebook.
Since 2005, critically acclaimed author, Jim Palmer, has been chronicling his spiritual journey out of organized religion, in search of a deeper spirituality and lasting happiness. After two near-death experiences, Palmer set his resolve to address the root cause of his own personal suffering, and to know true peace and freedom, which he had failed to find through religion. He recorded personal notes about his spiritual awakening is the basis for Notes from (over) the Edge. An excerpt from the book, "15 Things Jesus Didn't Say," went viral, and is indicative of Palmer's writing, which reveals an inclusive spiritual message of Jesus for all humankind. As one reader put it, "Jim leads us out of your own self imposed prison cells into the joy, freedom, and peace that religious rhetoric promised but fails to deliver."


Notes from (over) the Edge is divided into five main parts. Part One is a conversation with the reader about how to approach the pursuit of truth. Part Two is a direct, practical, and no-nonsense guide to addressing the root cause of personal suffering, and uncovering true peace and freedom. In Part Three, Palmer confronts the teachings of pop Christianity, and how they have hidden or corrupted the true message and meaning of Jesus. Part Four delves into the process of recovering from religious pathology. In Part Five, Palmer discusses how truth applies in the special cases of domestic violence, and depression.


Jim Palmer is considered one of the "great spiritual writers of our time." There is a ring of authenticity and deep insight in what he writes. Some of the most significant spiritual truths are too often communicated in heady or abstract terms, making them difficult to comprehend. Palmer's writing is profound but accessible, transformational but practical.


No matter your religious tradition, spiritual orientation, or life philosophy, Jim Palmer reveals truth that inspires love, peace, harmony, wisdom, and compassion along the everyday paths of life and living.

Jim Palmer is the author of Divine Nobodies and Wide Open Spaces. He is currently writing two books for Zondervan Publishing.
Jim encourages the freedom to imagine, dialogue, live, and express new possibilities for being an authentic Christian. His background includes pastoral ministry, inner-city service and international human rights work. He has a Masters of Divinity degree from Trinity Divinity School in Chicago. He and his wife, Pam, and daughter, Jessica, live in Nashville. Through writing, blogging, speaking, conversation and friendship Jim is a unique voice for knowing God beyond organized religion. Jim enjoys doing triathlons, eating pizza, and has a dog named Jack.