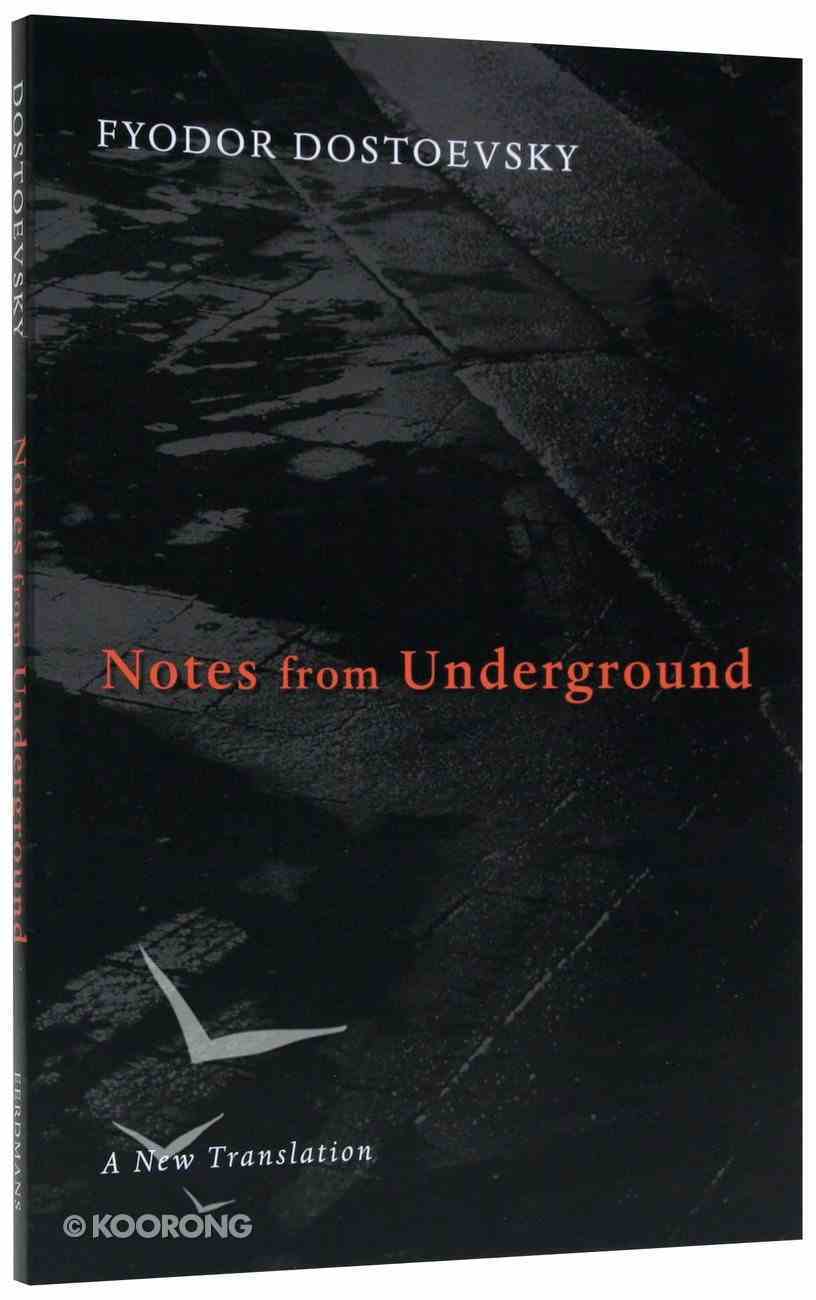 Stunning new translation of a modern classic in world literature ^^Dostoevsky's Notes from Underground is one of the most profound and most unsettling works of modern literature, prefiguring his later masterpieces such as Crime and Punishment, The Idiot, and ...

Speaking Peace in a Climate of Conflict
Marilyn McEntyre
Paperback

Consider the Women: A Provocative Guide to Three Matriarchs of the Bible
Debbie Blue
Paperback

Stunning new translation of a modern classic in world literature
^^Dostoevsky's Notes from Underground is one of the most profound and most unsettling works of modern literature, prefiguring his later masterpieces such as Crime and Punishment, The Idiot, and The Brothers Karamazov.


^^Originally published in 1864, Notes from Underground leads readers into the profoundest secrets of the human heart, an abyss where man's most mysterious thoughts are revealed. The Underground Man has become one of the fixtures of the contemporary worldview. No discussion of the human predicament today would be complete without some allusion to this archetypal figure - both prophetic and loathsome - that towers over modern culture.


^^As translator Boris Jakim says, Notes from Underground is "a foul passageway, a limbo without hope even of hell, a Book of Job without a happy ending, a waiting for nothing and no one (not even Godot)." Dostoevsky's ingenious, chilling depiction of the dark side of human consciousness has riveted readers the world over, and his Notes is regarded not only as a pinnacle of existentialist literature but also as one of the greatest literary pieces ever written.


^^This new translation by Boris Jakim is more faithful to the original than any previous one; it maintains the coarse, vivid language underscoring the "visceral experimentalism" that made both the book and its protagonist groundbreaking and iconic.


^^"The indefatigable Boris Jakim, who has put thousands of pages of Russian theology into English, now gives us a hundred pages of Russia's most theological novelist in a bold new translation. . . . As Dostoevsky knew, the real world includes a mystical element. That spark can be denied, derided, even blasphemed, but it cannot be eradicated. With some help from Jakim, Dostoevsky gives us a vigorous contemporary language for talking about such a thing."^
Paul Valliere, Butler University^
-Publisher.


A bold new translation of a literary classic. / One of the most profound and most unsettling works of modern literature, Notes from Underground (first published in 1864) remains a cultural and literary watershed. In these pages Dostoevsky unflinchingly examines the dark, mysterious depths of the human heart. The Underground Man so chillingly depicted here has become an archetypal figure loathsome and prophetic in contemporary culture. / This vivid new rendering by Boris Jakim is more faithful to Dostoevskys original Russian than any previous translation; it maintains the coarse, vivid language underscoring the visceral experimentalism that made both the book and its protagonist groundbreaking and iconic.
-Publisher

Fyodor Dostoevsky was born in Moscow in 1821. He died in 1881 having written some of the most celebrated works in the history of literature, including Crime and Punishment; The Idiot; and The Brothers Karamazov.