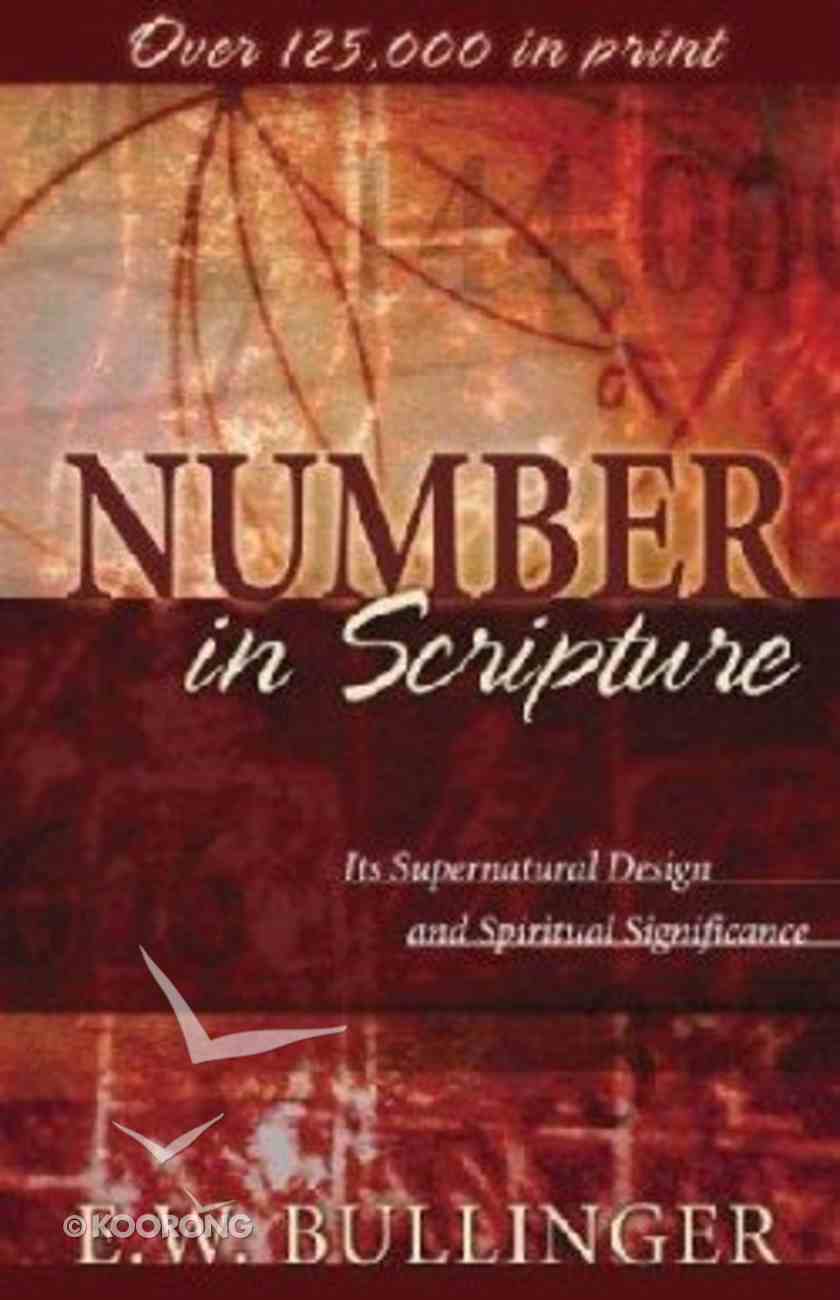 The Enemy in the Household
Caryn Reeder
eBook

On Earth as in Heaven
David Clark
eBook

Oral and Manuscript Culture in the Bible
J A Loubser
eBook

A perennial bestseller and the definitive guide to the study of Bible numerics. Over 150,000 in print ^^Bullinger's two-fold approach to the subject of biblical numbers first examines the supernatural design of the Bible. He notes the patterns and numerical features of the Scriptures that are evidence of their Designer. The second section highlights the spiritual significance and symbolic connotations of numbers that are repeated in different contexts throughout the Bible. A balanced, biblically solid examination of the numbers throughout Scripture Widely referenced, monumental work
-Publisher

This classic reference book on biblical numerology provides a complete synopsis of the spiritual significance of numbers found in the Bible.
-Publisher

E. W. Bullinger (1837-1913) was a direct descendant of Johann H. Bullinger, the Swiss reformer. Bullinger was a lifelong scholar and writer studying at King's College, London. In 1862 he was ordained in the Church of England. He is also the author of the notes and appendixes of The Companion Bible and the author of numerous works including Commentary on Revelation, Great Cloud of Witnesses, How to Enjoy the Bible, and Number in Scripture.

:
Many writers, from the earliest of times, have called attention to the importance of the great subject of Number in Scripture. It has been dealt with, for the most part, in a fragmentary way. One has dealt with some particular number, such as "seven"; another has been content with a view of the primary numbers, and even when defining their significance, has given only one or two examples by way of illustration; another has confined himself to "symbolical numbers," such as 10, 40, 666, etc.; another has taken up such symbolical numbers in their relation to chronology or to prophecy; another has collected examples, but has dealt little with their meaning...


It is too much to hope that the present work should be free from these defects, which are inseparable from human infirmity. From one point of view it is a subject which must prove disappointing, at any rate to the author, for illustrations are continually being discovered; and yet, from another point of view, it would be blasphemy to suppose that such a work could be complete; for it would assume that the wonders of this mine could be exhuasted, and that its treasures could be all explored!


I must, therefore, be content with the setting forth of general principles, and with giving a few examples from God's Word which illustrate them, leaving others to extend the application of these principles and search out illustrations of them for themselves.