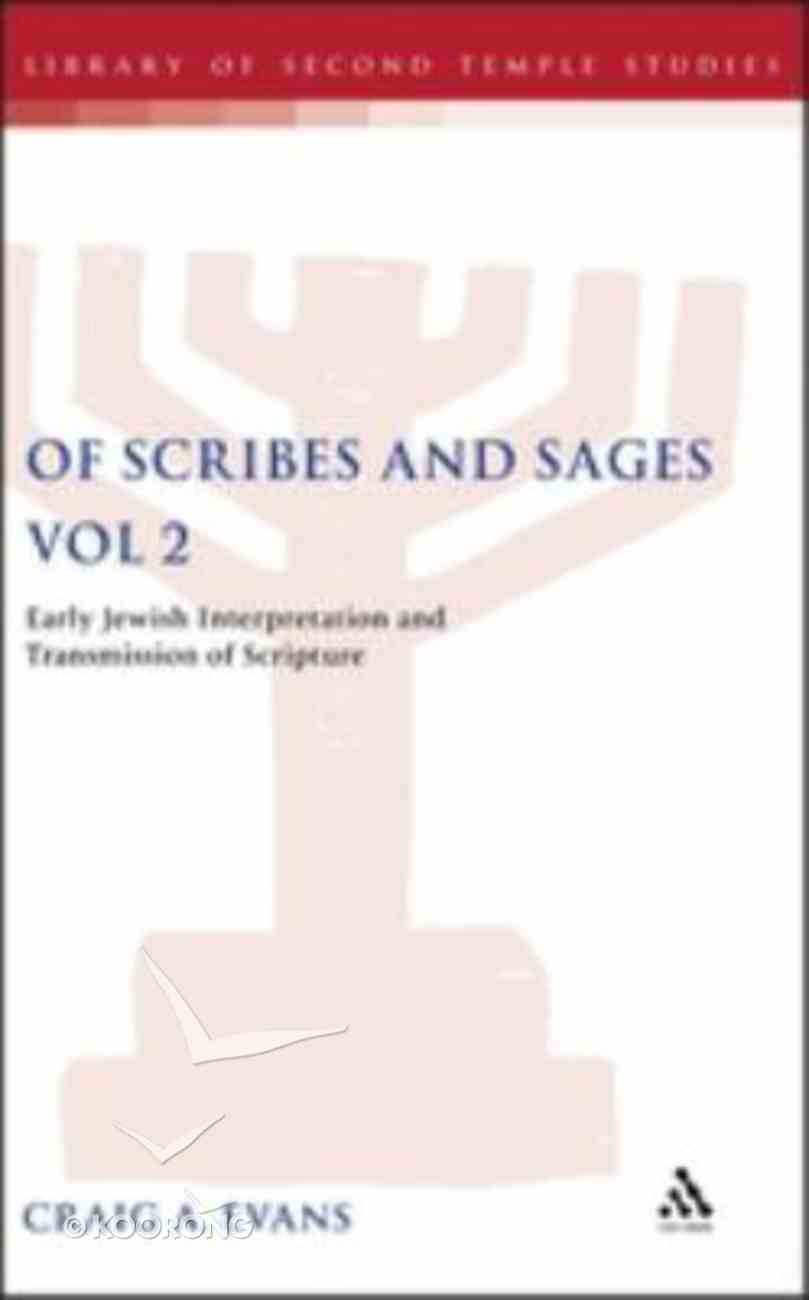 The studies that make up Of Scribes and Sages once again illustrate the fruitful results of tradition-critical investigations. Readers will observe again and again the coherence and convergence in the methods and findings of these studies, despite being developed in...

The studies that make up Of Scribes and Sages once again illustrate the fruitful results of tradition-critical investigations. Readers will observe again and again the coherence and convergence in the methods and findings of these studies, despite being developed in diverse contexts and often with very different points of departure. A great deal of progress has been made in the last twenty-five years of research in the field of comparative midrash. New texts and broader, more encompassing methods have invigorated the field and have led to new insights and genuine progress.;The studies contained in Of Scribes and Sages have opened up new lines of inquiry that readers will find stimulating and suggestive of further avenues of research. Contributors to volume 2 include Theodore A. Bergren, Natalie B. Dohrmann, Bruce N. Fisk, Matthias Henze, Bradford A. Kirkegaard, Esther M. Menn, Andrea Lieber Merwin, Rebecca Moore, Judith H. Newman, Andrei A. Orlov, and Jeffrey L. Rubenstein. Both volumes include an introduction by Craig A. Evans. Of Scribes and Sages volume 1 and 2 are, respectively, volumes 9 and 10 in the Studies in Scripture in Early Judaism and Christianity series and volume 50 and 51 in the Library of Second Temple Studies
-Publisher

Of Scribes and Sages focuses primarily on early interpretation of Scripture, including the emergence of Scripture as Scripture in its various versions and contexts. It examines recent research into the relationship of the Old Testament to the New and how sacred Scripture was interpreted during New Testament times. It also provides stimulating examples to students, scholars, and clergy in how the task of interpretation is to be done.
-Publisher