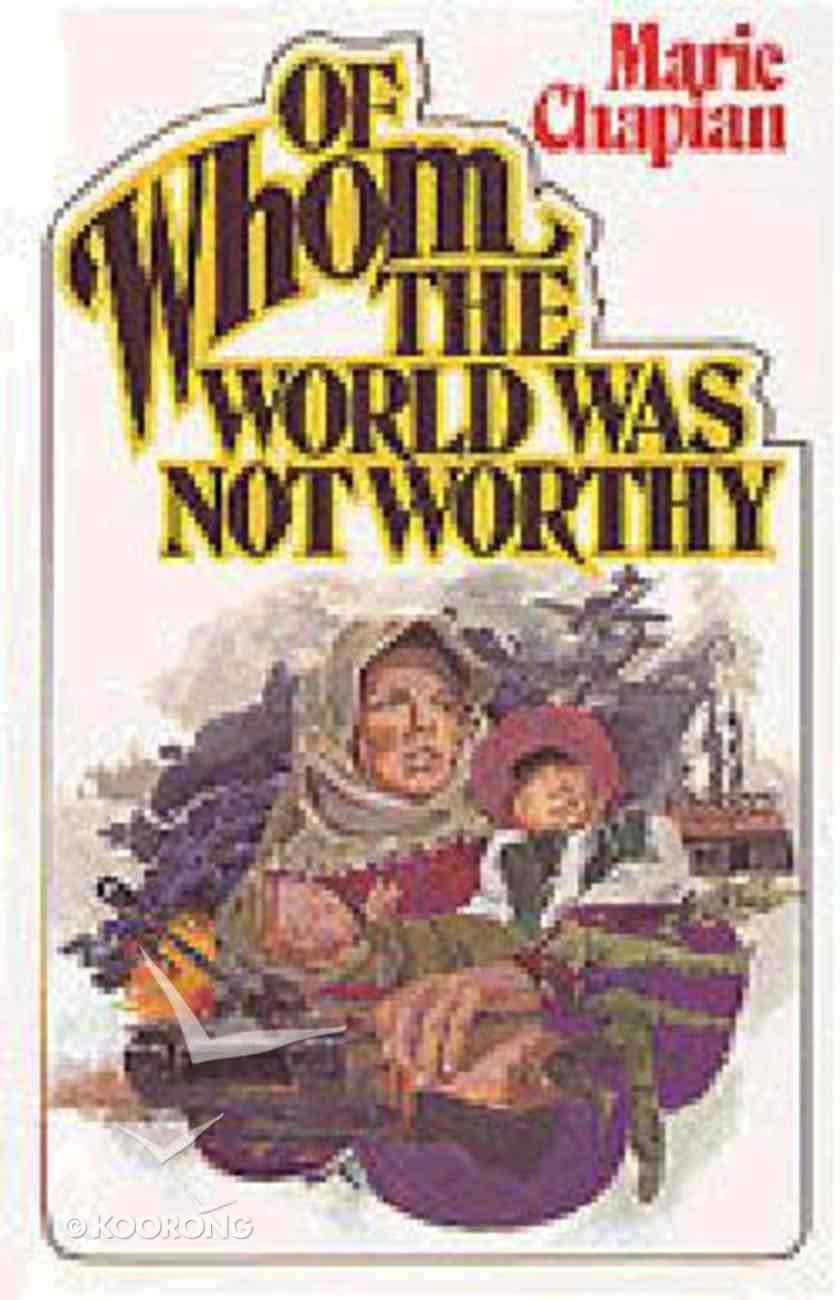 Of Whom the World Was Not Worthy

"We must believe with all our hearts and souls that He is with us. He is a God of love!" So shouted Jakob, the evangelist, as the German tanks roared across Yugoslavian soil, and machine guns, motorcycles and Messerschmitts screamed...

Men of Faith: Samuel Morris: The African Boy God Sent to Prepare An American University For Its Mission to the World
Lindley Baldwin
Mass Market

I Once Was a Buddhist Nun
Esther Baker
eBook

By Faith, Not By Sight
Scott Macintyre, Jennifer Schuchmann
eBook

Cast Down But Not Destroyed
Mary D Bowman
eBook

"We must believe with all our hearts and souls that He is with us. He is a God of love!" So shouted Jakob, the evangelist, as the German tanks roared across Yugoslavian soil, and machine guns, motorcycles and Messerschmitts screamed in the hills. Out of the sky came the Stukas. They nosed over, dropped their bombs and veered off into the cold blue. The wagon in front of them was hit. The donkey was dead, and the driver lay mutilated in the brush at the side of the road. "This is war," said the gray-clad officer. "The only place you will be safe is in the grave." Weak and divided, the Yugoslavians fought back. Their ill-equipped guerrillas chewed on the German army like vermin on the flanks of a stallion. They cut phone lines, laid mines, dynamited bridges and blew up armored cars. Their stubborn war cry was, "Better grave than slave!" But, for every German they killed a hundred Yugoslavs were shot in retaliation. In the midst of this living hell, Jakob, Jozeca and other believers clung to God and prayed for both friend and foe. The enemies of their beloved homeland could burn their cities and towns, but they could not destroy their souls or quench their indomitable spirits. Marie Chapian went to Yugoslavia and interviewed peasants, gypsies, factory workers, doctors, laborers, and officials of the Communist party. She wanted to know how the Christians' faith was sustained through those terrible years of war, famine and cold. She learned that they had simply clung to God with an almost incredible fate.
-Publisher

The true story of a Yugoslavian family and its amazing feats of survival under Naziism and Communism.
-Publisher

Marie Chapian is a minister, Bible teacher, and author of more than 30 books. She is a Pulitzer Prize and National Book nominee, and has won several awards for her literary and poetry writings. She also explains her supernatural experiences in media appearances, sharing how heavenly visitations are for all who open their spiritual hearts and eyes. Dr. Marie Chapian carries a passion to touch lives with God's deep and overflowing mercy and love.