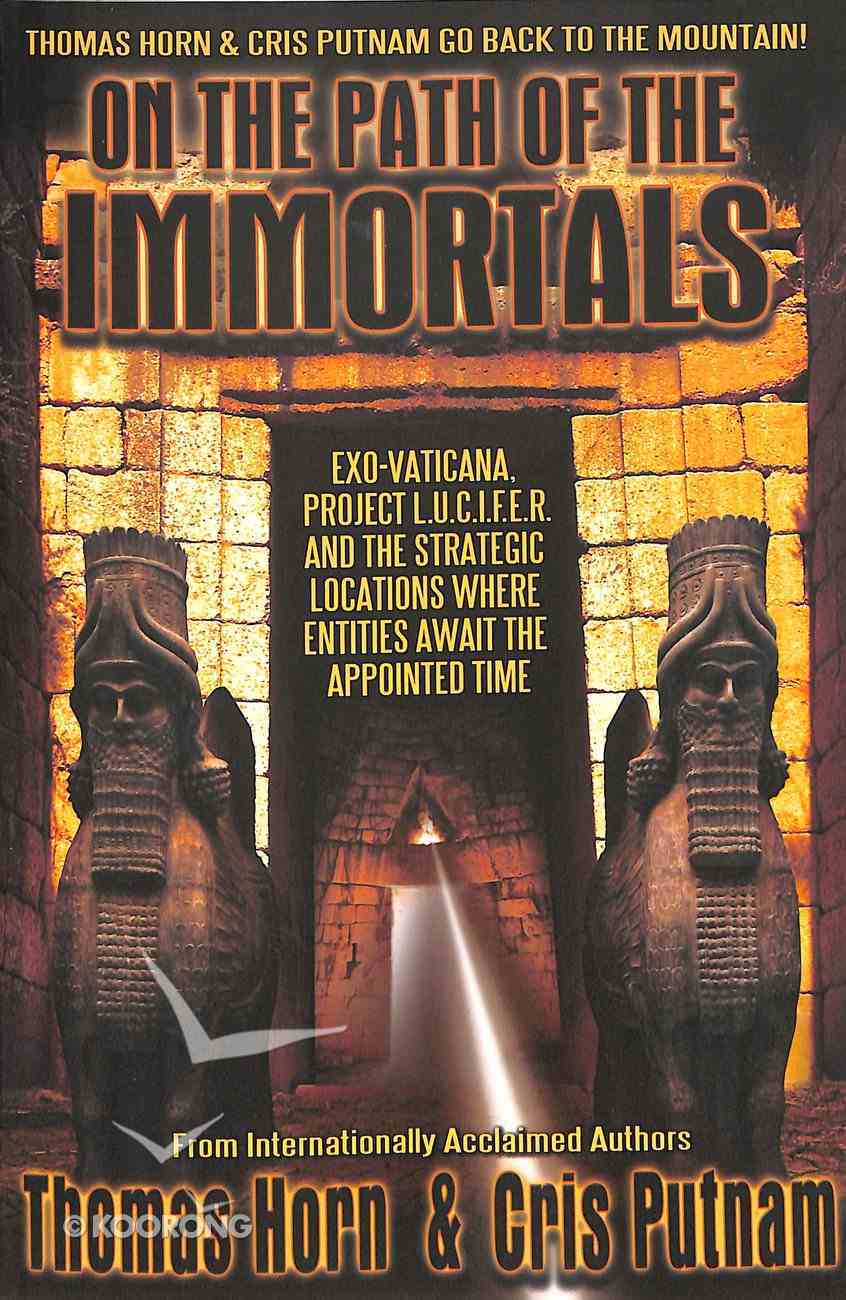 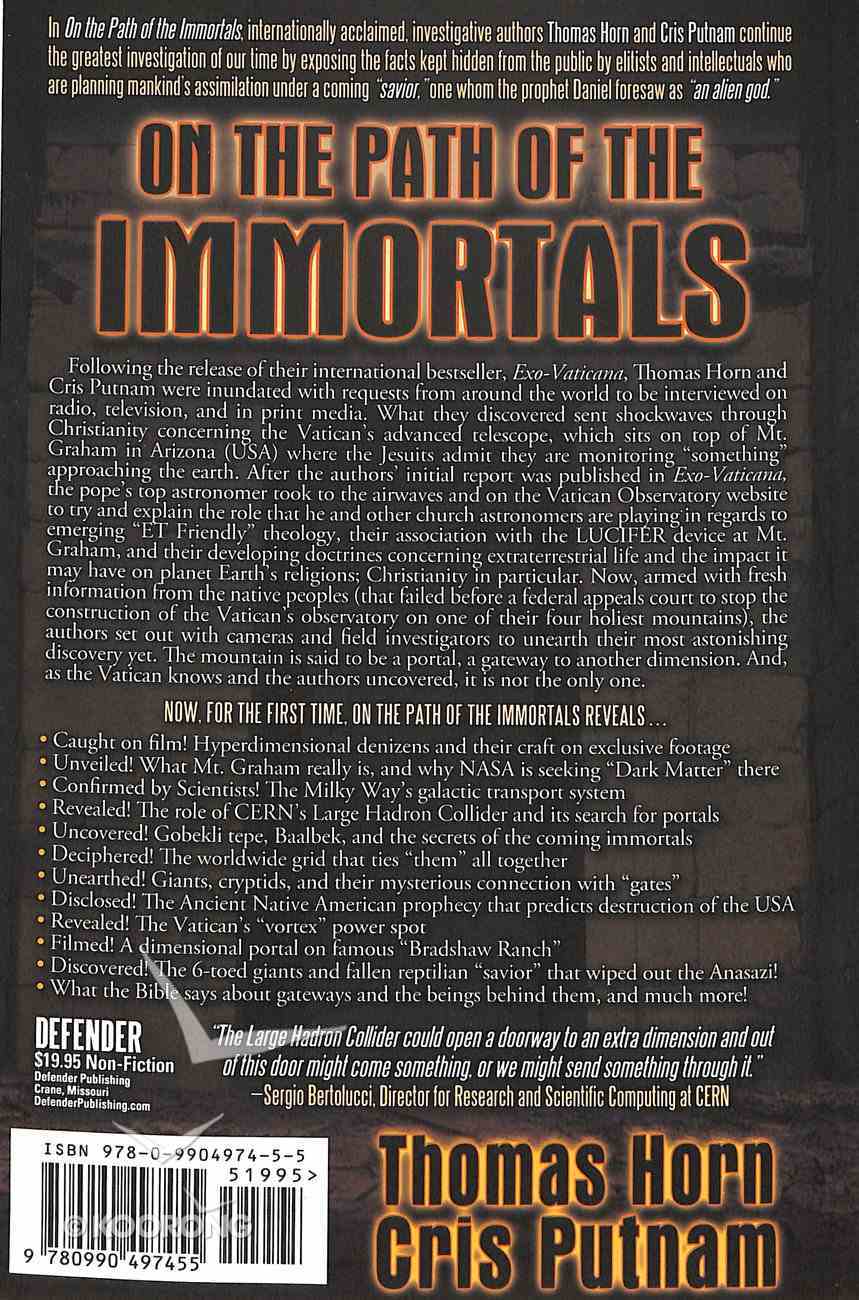 On the Path of the Immortals

Following the release of their international best-seller, Exo-Vaticana, Thomas Horn and Cris Putnam were inundated with requests from around the world to be interviewed on radio, television, and in print media. What they discovered sent shockwaves through Christianity concerning the...

Following the release of their international best-seller, Exo-Vaticana, Thomas Horn and Cris Putnam were inundated with requests from around the world to be interviewed on radio, television, and in print media. What they discovered sent shockwaves through Christianity concerning the Vatican's advanced telescope, which sits on top of Mt. Graham in Arizona (USA) where the Jesuits admit they are monitoring "something" approaching the earth. After the authors' initial report was published in Exo-Vaticana, the pope's top astronomer took to the airwaves and on the Vatican Observatory website to try and explain the role that he and other church astronomers are playing in regards to emerging "ET Friendly" theology, their association with the LUCIFER device at Mt. Graham, and their developing doctrines concerning extraterrestrial life and the impact it may have on planet Earth's religions; Christianity in particular.Now, armed with fresh information from the native peoples (that failed before a federal appeals court to stop the construction of the Vatican's observatory on one of their four holiest mountains), the authors set out with cameras and field investigators to unearth their most astonishing discovery yet. The mountain is said to be a portal, a gateway to another dimension. And, as the Vatican knows and the authors uncovered, it is not the only one.NOW, FOR THE FIRST TIME, THIS BOOK REVEALS...* Unveiled! What Mt. Graham really is, and why NASA and the Vatican are there* Disclosed! What the Bible says about gateways and the beings that wait behind them* Discovered! Scientific evidence of, and signals from, life beneath the surface of the earth* Found! The ancient stargates and their association with vortex manifestations* Uncovered! Gobekli tepe, Baalbek, and the secrets of the coming immortalsIn On the Path of the Immortals, internationally acclaimed, investigative authors Thomas Horn and Cris Putnam continue the greatest investigation of our time by exposing the facts kept hidden from the public by elitists and intellectuals who are planning mankind's assimilation under a coming "savior," one whom the prophet Daniel foresaw as "an alien god."
-Publisher