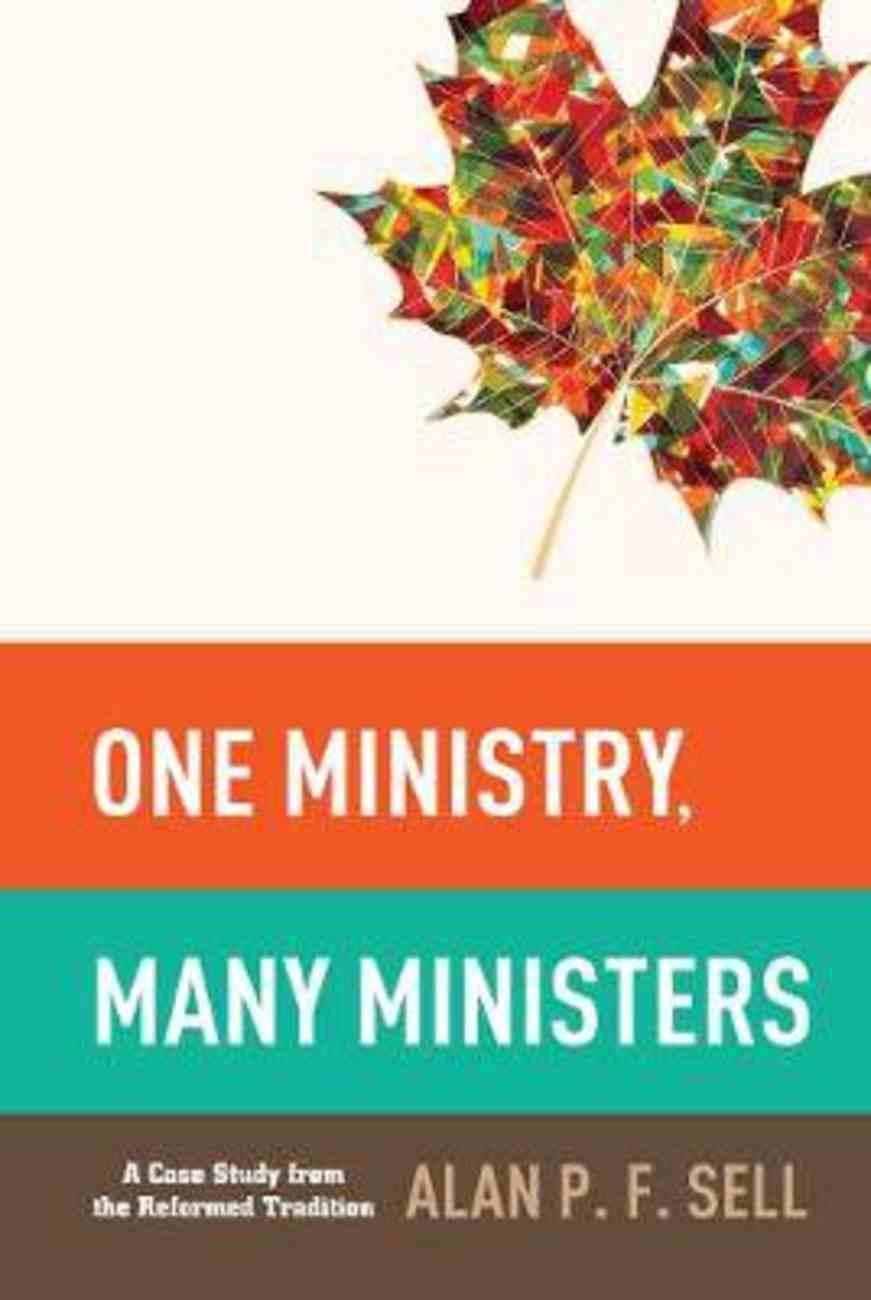 One Ministry, Many Ministers

The heart of this book is the claim that the one church catholic comprises all who, on the ground of Christ's saving work, are called and gathered by God the Holy Spirit into a fellowship whose only Head is Christ...

Stalled: Hope and Help For Pastors Who Thought They'd Be There By Now
Dale Sellers
Hardback

The heart of this book is the claim that the one church catholic comprises all who, on the ground of Christ's saving work, are called and gathered by God the Holy Spirit into a fellowship whose only Head is Christ himself; and that all thus called are granted the high privilege of sharing in a variety of ways in the one ministry of Christ. This is the vision of the Reformed churches past and present. Alan Sell argues that far from being a parochial enquiry, the nature of the ministry and the work and education of all the ministers are issues as relevant to the life and practice of particular local churches as they are to ecumenical discussions between the several Christian world communions. ""With characteristic clarity and wit, Alan P. F. Sell has drawn on his encyclopedic knowledge of the Reformed and Dissenting traditions to produce an erudite and lucid study of Christian ministry. A tour de force of biblical and theological exposition, the book also draws on a lifetime's reflection on matters of ecclesiastical concern. Ministers, ministerial candidates, theological educators, and others will all benefit from reading it, regardless of denominational affiliation."" --Robert Pope, Reader in Theology, University of Wales, Trinity St. David, Lampeter, Wales, UK ""In the face of decline in numbers and morale of church members in twenty-first-century Western Europe, Sell offers a thought-provoking and challenging assessment of the gifts and work of the ministry, one that is worthy of widespread reading and consideration."" --Michael Hopkins, Clerk of the General Assembly of the United Reformed Church, Farnham, Surrey, UK Alan P. F. Sell is a philosopher-theologian and ecumenist. A member of The United Reformed Church, he has been the minister of both rural and urban pastorates, has served as Theological Secretary of the World Alliance of Reformed Churches (Presbyterian and Congregational), and has held academic posts in England, Canada, and Wales.
-Publisher

Alan P. F. Sell is a philosopher-theologian and ecumenist who has held posts in England, Geneva, Canada, and Wales. He publishes and lectures widely at home and abroad. His most recent book is Four Philosophical Anglicans (2010).