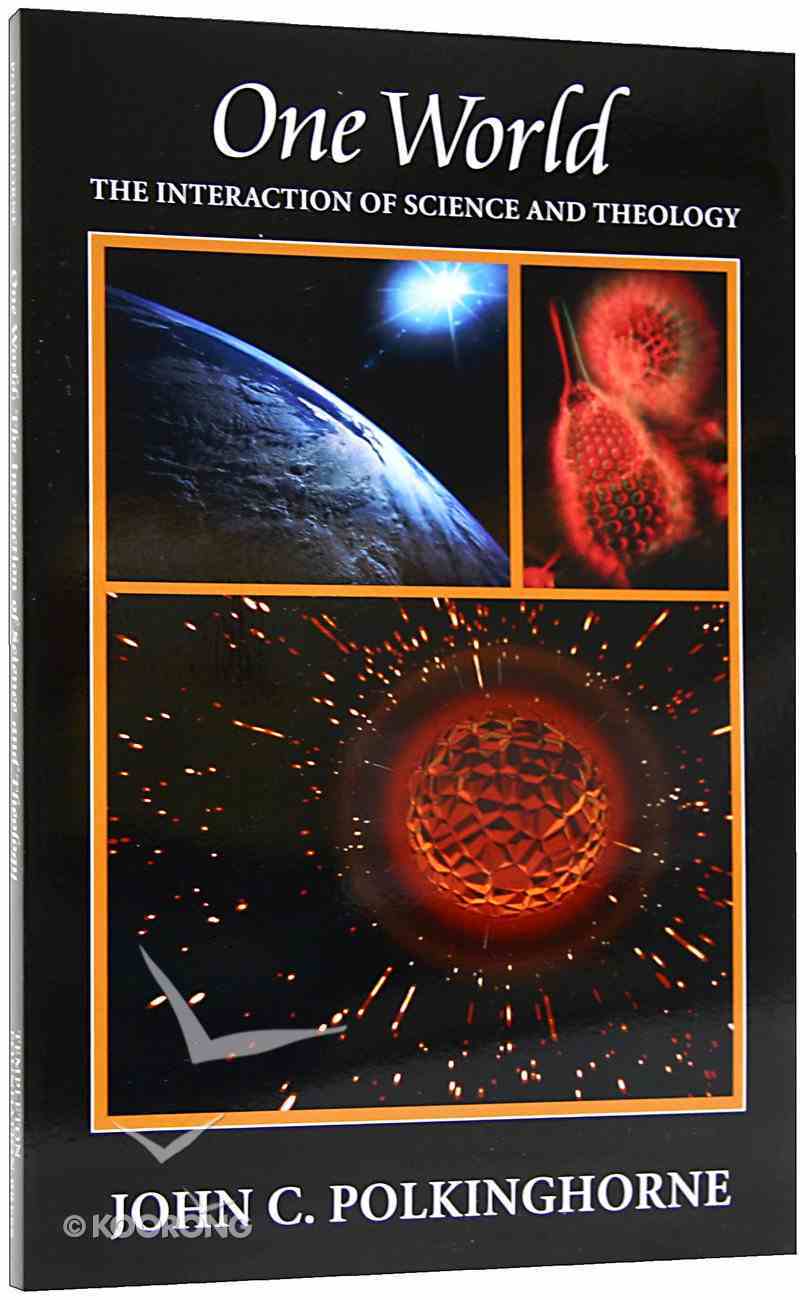 John C. Polkinghorneas renowned trilogy on the compatibility of religion and science is back in print. One World (originally published in 1986) introduces issues in science and religion that Dr. Polkinghorne subsequently continued inScience and Providence and Science and Creation....

John C. Polkinghorneas renowned trilogy on the compatibility of religion and science is back in print. One World (originally published in 1986) introduces issues in science and religion that Dr. Polkinghorne subsequently continued inScience and Providence and Science and Creation. The books have been widely acclaimed individually and as a series. In the new preface toOne World, Dr. Polkinghorne assesses his original writing of this book, pointing to themes that have remained important to his thinking and topics that have been expanded and modified through recent scientific discoveries. In fact, he contends, in todayas postmodern culture athe issue of what we can know and how we can gain knowledge is one of even greater criticality than it was in 1986.a Both science and religion explore aspects of reality, providing aa basis for their mutual interaction as they present their different perspectives onto the one world of existent reality,a Polkinghorne argues. In One World he develops his thesis through an examination of the nature of science, the nature of the physical world, the character of theology, and the modes of thought in science and theology. He identifies apoints of interactiona and points of potential conflict between science and religion. Along the way, he discusses creation, determinism, prayer, miracles, and future life, and he explains his rejection of scientific reductionism and his defense of natural theology. Science does not have an absolute superiority over other forms of knowledge, nor does religion have all the answers. Both are searching for athe truth.a Both explore the universe as it is and submit to the evidence before them. And both must be open to continual correction.We live in one world. Polkinghorneas insights continue to illuminate it as a world in which science and religion can stimulate and benefit each other. aWhy do I regard this book as so important? Primarily because it makes sense of the scientific enterprise and the pursuit of theology, and in doing so it makes sense of the universe. . . . For arguing this so persuasively and with clarity and caution we owe him grateful thanks.a-The Expository Times
-Publisher

'One World' is a short and readable study of the connection between science and theology, focusing on Polkinghorne's theory that science and religion are two aspects of the same world.
-Publisher