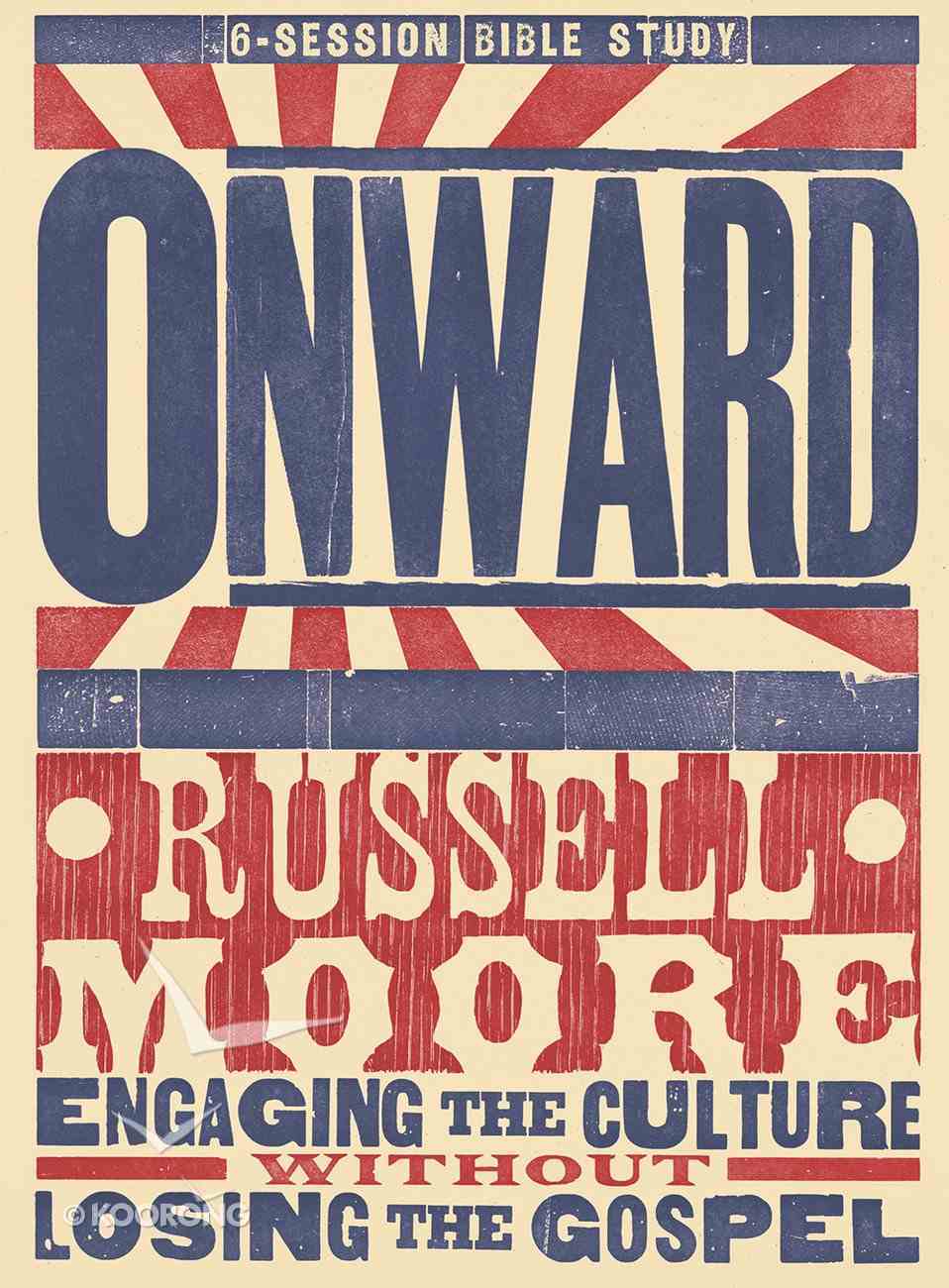 Onward Bible Study Book includes small-group experiences for six sessions, personal study opportunities each week, applicable Scripture, tips for leading a small group, and How to Use This Study. As the culture changes all around us, it is no...

Onward Bible Study Book includes small-group experiences for six sessions, personal study opportunities each week, applicable Scripture, tips for leading a small group, and How to Use This Study.


As the culture changes all around us, it is no longer possible for Christians to pretend that we are a moral majority. That may be bad news for America, but it can be good news for the church. Nominal Christianity isn t working anymore. What's needed now, in shifting times, is neither a doubling-down on the status quo nor a retreat into isolation. Instead, we need a church that speaks to social and political issues with a bigger vision in mind: that of the gospel of Jesus Christ. As Christianity seems increasingly strange and even subversive to our culture, we have the opportunity to embrace the distinctiveness of the Christian faith and to be marginalized for the sake of the gospel.


Benefits: Understand how the kingdom of God sets our priorities as believers and gives us perspective on cultural issues.
Discuss difficult cultural issues with the help of a voice of integrity.
Explore how Jesus announced the kingdom, indicted the culture, and embraced the cross.
Learn how doing good things in society must be accompanied by speaking redemptively.
Gain greater clarity on why human dignity matters to God.
Help groups avoid a siege mentality and see themselves on the right side of history.
Accept the role of being marginalized in the larger culture for the sake of the gospel.


Author:
Dr. Russell Moore is an ordained Southern Baptist minister, the eighth president of the Ethics & Religious Liberty Commission of the Southern Baptist Convention, and a widely sought cultural commentator. He frequently speaks about issues of theology, culture, and public policy, having been quoted or published by many of the nation s leading news agencies and periodicals, including the "New York Times, Wall Street Journal, Washington Post, Chicago Tribune, USA Today, "and the Associated Press. Moore earned a BS in history and political science from the University of Southern Mississippi, an MDiv in biblical studies from New Orleans Baptist Theological Seminary, and a PhD in systematic theology from The Southern Baptist Theological Seminary. He frequently blogs at his Moore to the Point website and is the author or editor of five books, including "Tempted and Tried: Temptation and the Triumph of Christ, Adopted for Life: The Priority of Adoption for Christian Families and Churches, "and "The Kingdom of Christ: The New Evangelical Perspective.""