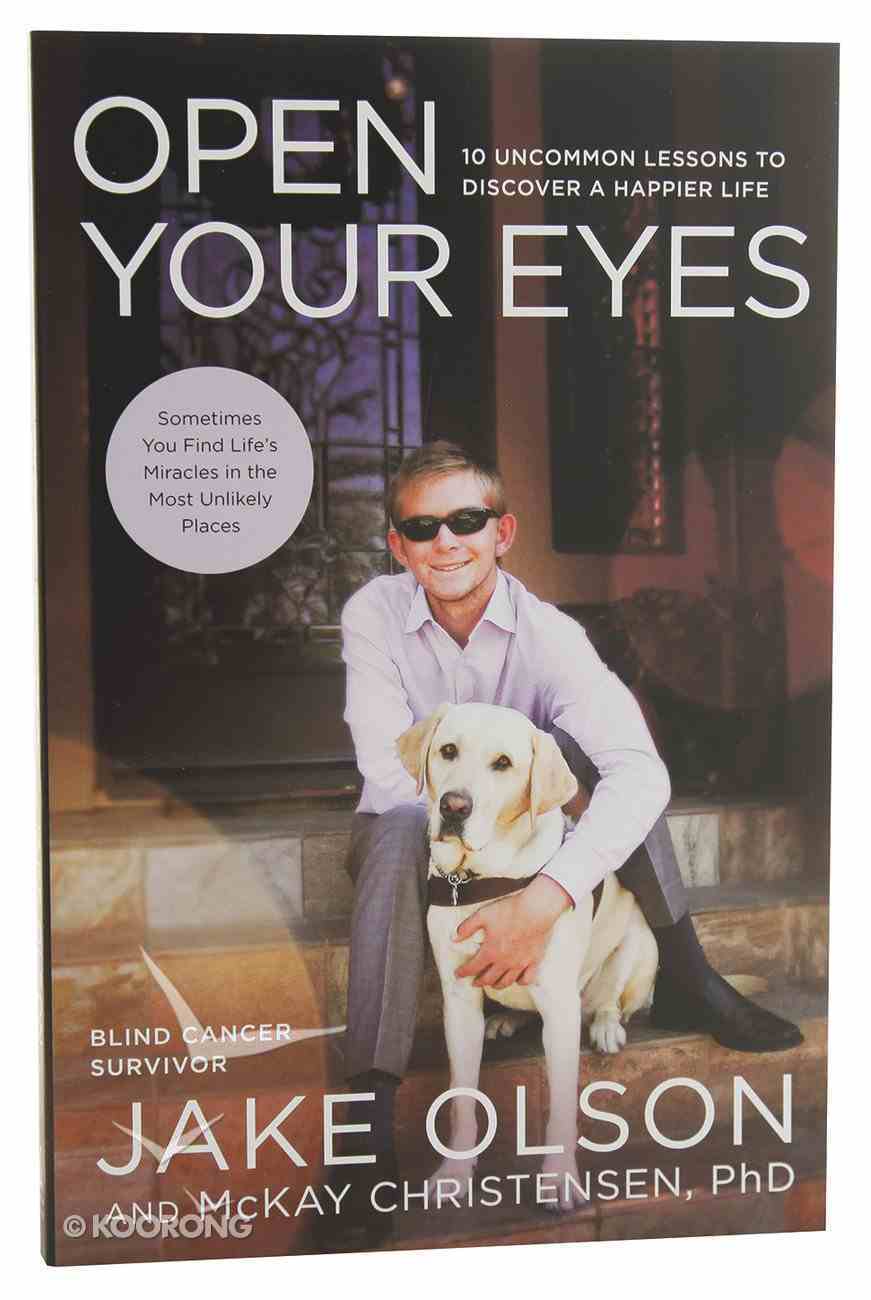 Open Your Eyes: 10 Uncommon Lessons to Discover a Happier Life

At just ten months old, Jake Olson lost his left eye to cancer. By the age of twelve, he had lost his right eye too. In this inspiring book, Jake shares the ways of thinking, living, and praying that have...

At just ten months old, Jake Olson lost his left eye to cancer. By the age of twelve, he had lost his right eye too. In this inspiring book, Jake shares the ways of thinking, living, and praying that have helped him and his family persevere against the odds, and fulfil his dreams of sporting greatness!

Doctors removed Jake Olson's left eye at ten months old. When he was twelve, after years of radiation and chemotherapy, the cancer took his right eye as well. That's when Jake's story really began.


When ESPN met Jake Olson, he was a twelve-year-old boy who wanted to spend his final weeks of sight with the USC football team. Jake's story became one of the most recognized pieces in the network's history, earning an ESPY award, instantly viewed by hundreds of thousands of people worldwide. But Jake's story didn?t end with his final surgery or with ESPN?not by a long shot.


Now sixteen, Jake Olson dreams of becoming the first blind golfer in the PGA. How is such a thing even possible? How does that level of perseverance endure in someone with so many reasons to give up?


In Open Your Eyes, Jake Olson tells more than his story. He reveals the ways of thinking, living, and praying that have kept him and his family triumphant in the face of their tribulations. Told with sincerity and humor in tandem with leadership coach McKay Christensen, Open Your Eyes is not just a heartwarming chronicle of the Olson family's struggle. Jake's story is a step-by-step lesson in perseverance and motivation from a young man who knows how to put the past in the past.

From the USC locker room to the fairways of Pebble Beach, Jake Olson will inspire you, your family, and your team with bravery, ability, and faith. It is time to learn from this remarkable young man and open your eyes to a happier life.
-Publisher

Jake Olson has overcome the loss of his eyes to cancer. Jake's story is one of struggles and loss, but most of all his story demonstrates his victory over blindness through his unwillingness to give up those things in life he loves, especially golf. Jake continues to develop his game without sight and is now playing on his high school golf team.