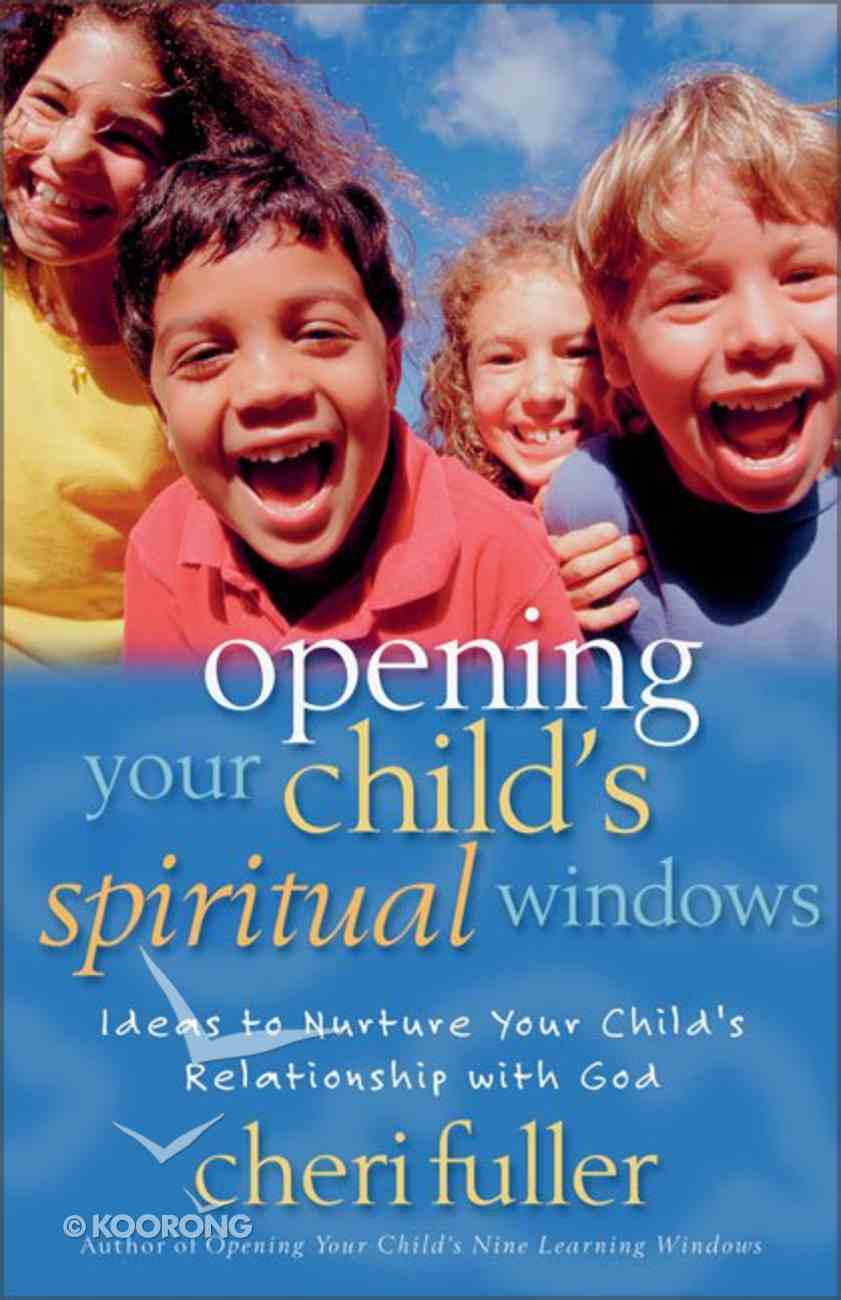 The greatest gift you can give your son or daughter is a deep, authentic relationship with God. God created your child to be naturally curious about spiritual matters. Twelve spiritual windows open at different times and in different ways. Each...

What a Son Needs From His Mom
Cheri Fuller
Paperback

Are My Kids on Track?: The 12 Emotional, Social, and Spiritual Milestones Your Child Needs to Reach
David Thomas, Melissa Trevathan, Sissy Goff
Paperback

What a Son Needs From His Mom
Cheri Fuller
eBook

What a Girl Needs From Her Mom
Cheri Fuller
eBook

My Child, His Child: Spiritual Blessings For Mothers and Families From the Ten Commandments
Diane Poythress
eBook

The greatest gift you can give your son or daughter is a deep, authentic relationship with God. God created your child to be naturally curious about spiritual matters. Twelve spiritual windows open at different times and in different ways. Each is a vital part of your child's spiritual journey through four important areas of growth: enjoying God, loving God, following God, and serving God. You can strengthen these areas in your child by learning how to respond to the: Enjoying God Window Wonder Window Worship Window Loving God Window Bible Window Prayer Window Ownership Window Obedience Window Church Window Joy of Helping Window Spiritual Gifts Window Heritage Window Worship Window
-Publisher

Just as children have critical windows of opportunity when circuits in their brains are being wired for language, music, and emotions, as Through the Learning Glass discusses, they also have spiritual windows of opportunity-periods of time in their development when their hearts and minds are most open to experiencing the wonder of God's creation, learning his ways through the Bible, and talking and listening to God through prayer, through service, and through being a part of the family and the church. These are the windows of the heart. Parents invest hundreds of hours in sports, education, and other opportunities. Yet, unfortunately for many families in the hyper-hectic lifestyles of our culture, the windows that are full of opportunity for their kids' spiritual growth may be bypassed, misunderstood, or closed. Opening Your Child's Spiritual Windows opens the reader's eyes to these incredible windows of opportunities in a positive, inspiring way and shows how to make the most of them. One of the greatest desires and felt needs of Christian parents is for their children to come to know God and grow in grace, to have better knowledge of the Bible, and to walk daily in his ways because of a loving relationship with him. Through stories, Scriptures, applications, practical suggestions, and resources for spiritual development, Opening Your Child's Spiritual Windows helps to meet these needs.
-Publisher

Cheri Fuller is the best-selling, award-winning author of more than 30 books with combined sales of over 1 million, including Integrity's "A Busy Woman's Guide to Prayer." Named the 2004 Oklahoma Mother of the Year, Cheri is an inspirational speaker and frequent guest on national radio and TV programs. She also contributes to "Today's Christian Woman" and other magazines. Her ministry, Families Pray USA, inspires and equips women, children, teens, families and churches to impact their world through prayer. Cheri and her husband have three grown children and five lively grandchildren.