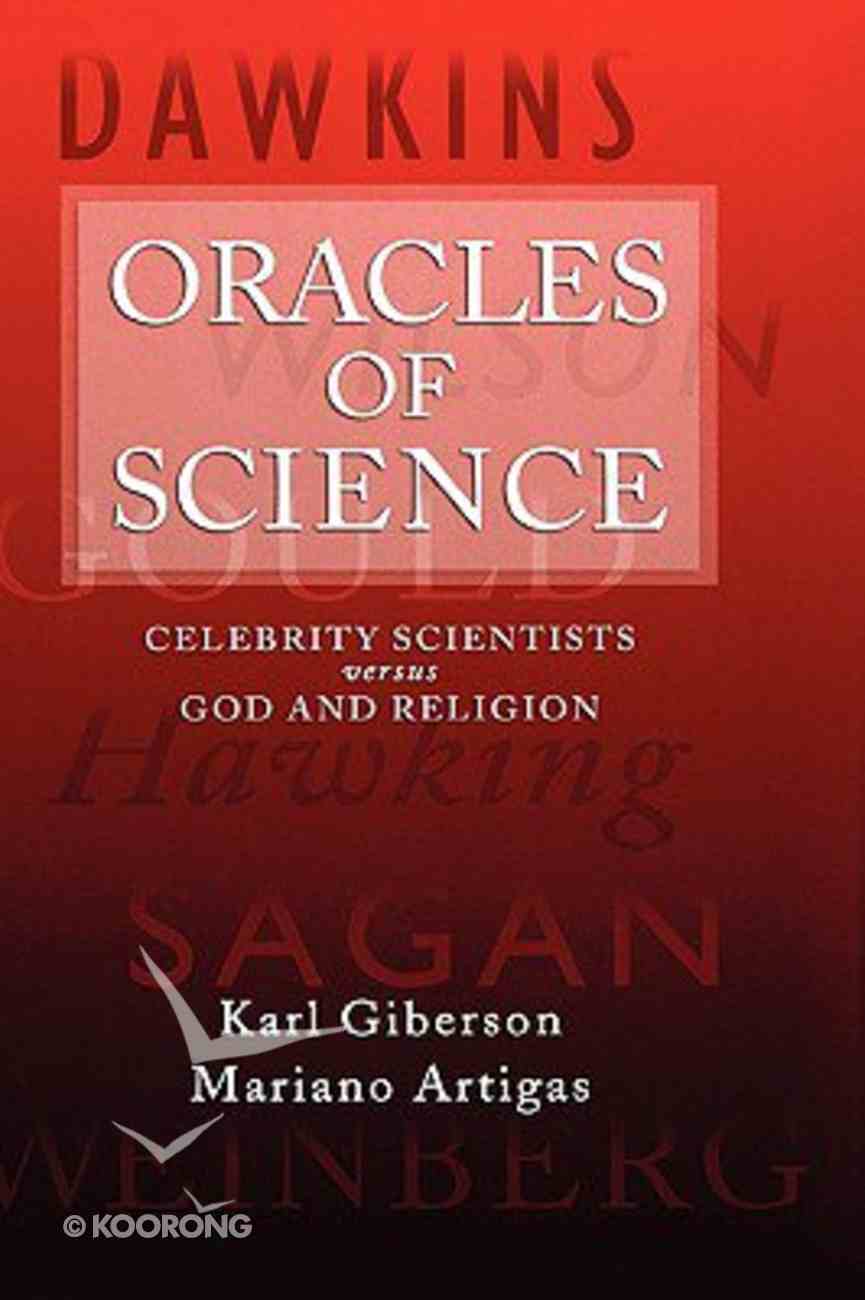 Biologists Stephen Jay Gould, Richard Dawkins, and Edward O. Wilson, and physicists Carl Sagan, Stephen Hawking, and Steven Weinberg have become public intellectuals, articulating a much larger vision for science and what role it should play in the modern worldview....

Biologists Stephen Jay Gould, Richard Dawkins, and Edward O. Wilson, and physicists Carl Sagan, Stephen Hawking, and Steven Weinberg have become public intellectuals, articulating a much larger vision for science and what role it should play in the modern worldview. The scientific prestige and literary eloquence of each of these great thinkers combine to transform them into what can only be called oracles of science. Curiously, the leading "oracles of science" are predominantly secular in ways that don't reflect the distribution of religious beliefs within the scientific community. Many of them are even hostile to religion, creating a false impression that science as a whole is incompatible with religion. Karl Giberson and Mariano Artigas offer an informed analysis of the views of these six scientists, carefully distinguishing science from philosophy and religion in the writings of the oracles.
-Publisher

"The authors make a good case for how the misuse of science to advance philosophical and quasi-religious or antireligious ideas fails to reckon with the limitations of science...The book is highly recommended." -- Journal of the American Scientific Affiliation "Six great science luminaries antagonistic to religious belief, among the most distinguished and best known scientists of our times, are subjected to scrutiny. The portrayal of their ideas is accurate and insightful, as well as fair. The criticisms are, by and large, gentle, but pointed. Will you be convinced? Read on. You'll be glad you did. You'll learn much and be prepared to make your own determination." --Francisco J. Ayala, University Professor at the University of California, Irvine, recipient of the 2001 National Medal of Science, and author of Darwin and Intelligent Design "One of our modern values is freedom of thought in philosophy, theology, and science as well, despite the perennial turf wars between all three. This concise biographical study, both sympathetic and critical, shows how six celebrity scientists have muddled these boundaries, using their eminence and literary skill to debunk traditional religion. Though this is a story of science "oracles" trespassing on theology's turf, it also cautions believers against a similar abuse of science." --Larry Witham, journalist and author of Where Darwin Meets the Bible "Few writers have poured more fuel on the recent science-religion controversies than such religion-bashers as Richard Dawkins, Carl Sagan, and Stephen Weinberg. In six perky profiles two Christian scholars critically, but fairly, examine the anti-religious claims of these and other scientific "oracles," finding them no more "scientific" than the mutterings of creationists."" --Ronald L. Numbers, author of The Creationists: From Scientific Creationism to Intelligent Design
-Publisher

Karl W. Giberson (Ph.D.) is an internationally known scholar whose work has been translated into several languages. He is a popular speaker and writer, and directs the Science & Religion writing workshop at Gordon College. Giberson has published over two hundred articles, reviews and essays and written nine books, including Saving Darwin and, with Francis Collins, The Language of Science and Faith. He lives on the web at www.karlgiberson.com.