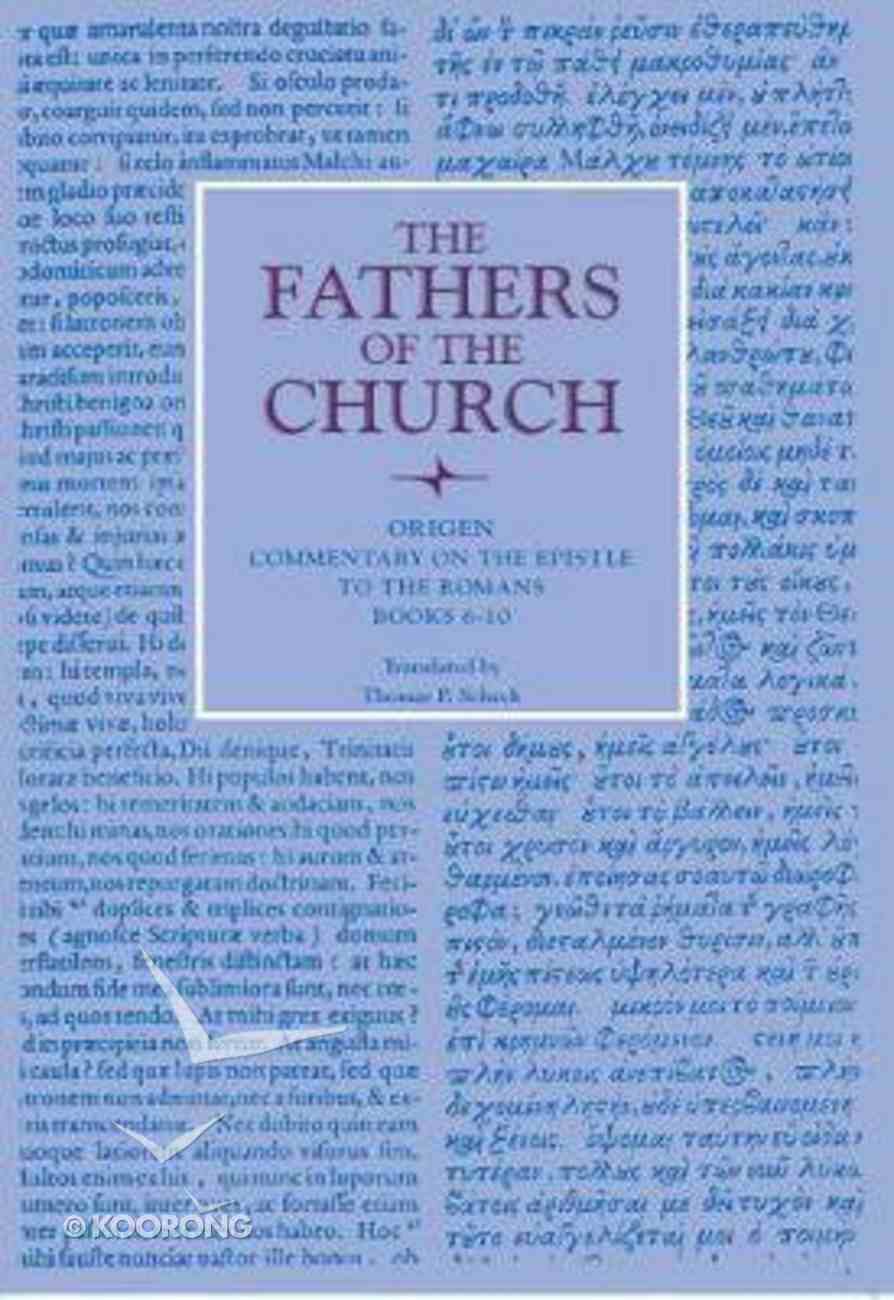 Origen: Commentary on the Epistle to the Romans, Books 6-10 (Fathers Of The Church Series)

This volume completes the first English translation of Rufinus's Latin version of Origen of Alexandria's Commentary on the Epistle to the Romans and contains Origen's detailed exegesis of Romans 6:12-16:27 . Origen's much neglected Commentary, which stands out in splendid...

Ecbe: The Epistle to the Romans
Leon L Morris
Paperback

This volume completes the first English translation of Rufinus's Latin version of Origen of Alexandria's Commentary on the Epistle to the Romans and contains Origen's detailed exegesis of Romans 6:12-16:27 . Origen's much neglected Commentary, which stands out in splendid isolation at the fountainhead of Greek and Latin exegesis, is now completely accessible to English readers. In Books 6-10 Origen carries through to completion his programme, begun in Books 1-5, of defending human freedom and of opposing the natural predestinarian doctrine of the sects founded by the Gnostic heretics Marcion, Valentinus, and Basilides. These schools relied heavily on texts from Paul, interpreted in isolation from the rest of Scripture, not only to deny free will but to support the doctrine that salvation is determined by the nature one receives at birth, whether good or evil. In contrast Origen clarifies passages in Romans by citations from Paul's other letters, from the Gospels, and from the Old Testament. He attempts to construct a coherent and unified ""biblical theology.""Origen views human beings as chosen or rejected by God deservedly; everyone has it within his own power whether he becomes a servant of God or of sin, a vessel of wrath or of mercy. Whether one sympathises with Origen's interpretations or finds them infuriating, it is difficult not to admire his concordance-like mind at work as he tackles the apostle Paul's greatest epistle. Readers will find interesting and thought-provoking discussions of all the important theological themes and terms of Romans: faith, hope, love, works, justification, election, law, Israel, Gentiles, Church, sin, death, flesh, body, glory, etc. The importance of these discussions is magnified by the fact that they stand alone in their detail and breadth and stem from the Church's most important theologian of the third century. Moreover, because Origen's work was productive in subsequent centuries in Rufinus's Latin translation, the Commentary is of outstanding importance for the history of New Testament exegesis.
-Publisher