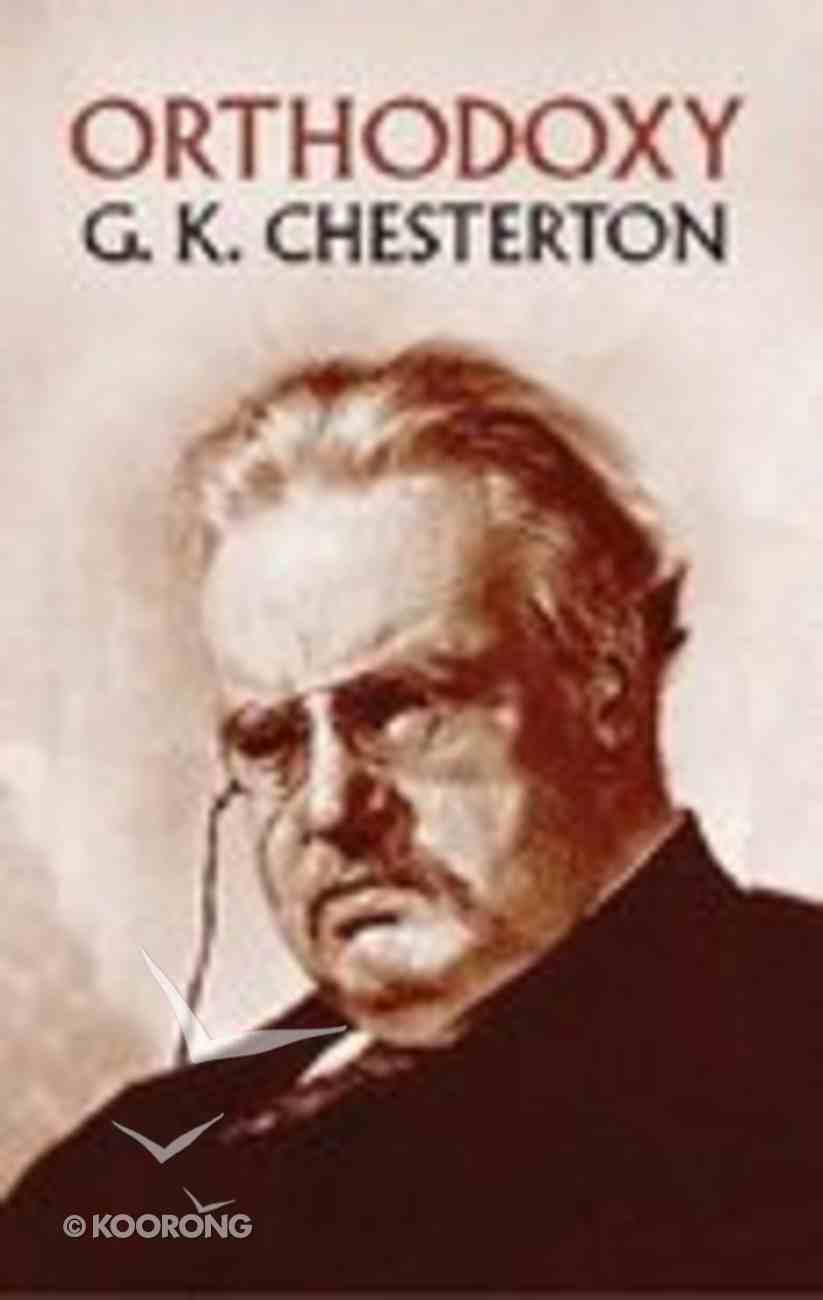 Orthodoxy, as author G. K. Chesterton employs the term here, means "right opinion." In this, the masterpiece of his brilliant literary career, Chesterton applies the concept of correct reasoning to his acceptance of Christian faith. Written in a down-to-earth and...

Orthodoxy, as author G. K. Chesterton employs the term here, means "right opinion." In this, the masterpiece of his brilliant literary career, Chesterton applies the concept of correct reasoning to his acceptance of Christian faith. Written in a down-to-earth and familiar style, Orthodoxy nevertheless presents formal, scholarly arguments. Paradox and contradiction, Chesterton maintains, do not constitute barriers to belief; imagination and intuition are as relevant to the processes of thought and understanding as logic and rationality. He defines his insights with thought-provoking analogies, personal anecdotes, and engaging humor, making his century-old book a work of enduring charm and persuasion. Unabridged republication of the classic 1908 edition.
-Publisher

In his scintillating prose, one of the 20th century's great writers explains the values and ideals that constitute the foundation of Christianity. Chesterton adopts an informal style in his scholarly arguments in favor of faith as an affirmation of human freedom - with ample doses of analogy, imagery, personal anecdotes, and humor.

A Method For Prayer: Freedom in the Face of God
Matthew Henry
Paperback