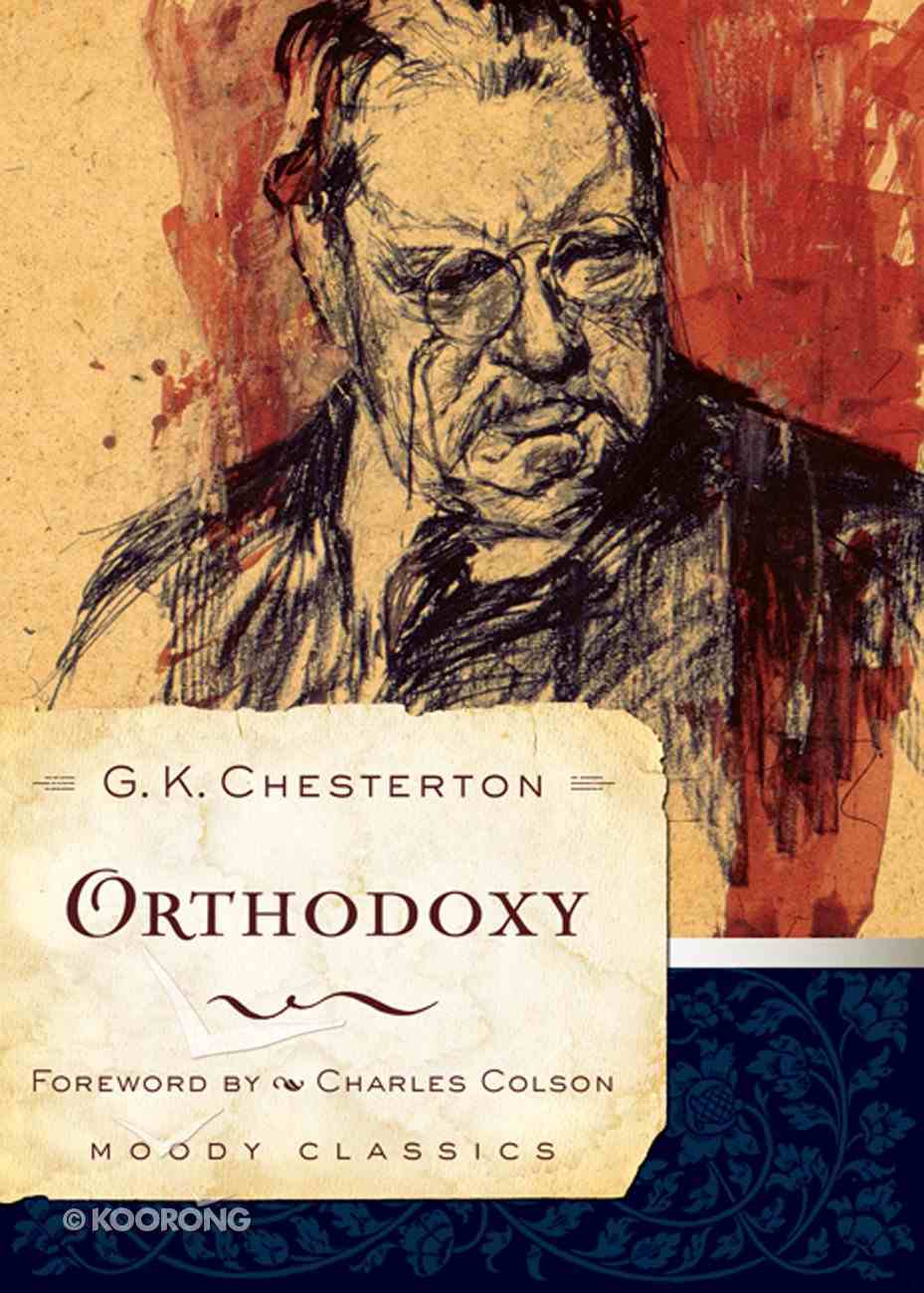 Gilbert Keith Chesterton (1874-1936) has been called "the ablest and most exuberant proponent of orthodox Christianity of his time." One of the twentieth century's most thoughtful authors, he greatly influenced countless Christian writers including C.S. Lewis and others. Described as...

Gilbert Keith Chesterton (1874-1936) has been called "the ablest and most exuberant proponent of orthodox Christianity of his time." One of the twentieth century's most thoughtful authors, he greatly influenced countless Christian writers including C.S. Lewis and others. Described as one of ten "indispensable spiritual classics" of the past 1,500 years by Publishers Weekly, Chesterton's Orthodoxy offers a unique explanation of the essentials of the Christian faith, and of his own journey from scepticism to belief.

Now with a foreword by Matthew Lee Anderson


Antiquated. Unimaginative. Repressive. We've all heard these common reactions to orthodox Christian beliefs. Even Christians themselves are guilty of the tendency to discard historic Christianity.


Yet as we read through the literature in Christianity's past, we learn that we are in better company with our beliefs than we might think. Through his enchanting book, Orthodoxy, G.K. Chesterton reminds us of the paradoxes of our faith and the joy that comes when we explore them.


From the foreword by Matthew Lee Anderson, author of The End of Our Exploring:


"How can we contrive to be at once astonished at the world and yet at home in it?"


And with that question, G.K. Chesterton recounts the heart of an intellectual journey that took him from the edges of a nihilistic pessimism into the center of the paradoxical joy of Christian orthodoxy. His book is not a defense of the Christian faith, at least not primarily, so much as an attempt to explain how the startling paradoxes and sharp edges of the creed explain everything else.


It is a dated work, dealing in the categories and concerns of Chesterton's contemporaries, and yet it comes nearer timelessness than anything we have today. Though Orthodoxy was written near the start of the 20th century, I have dubbed it the most important book for the 21st. There are few claims I have made in my life that I am more sure of than that one.