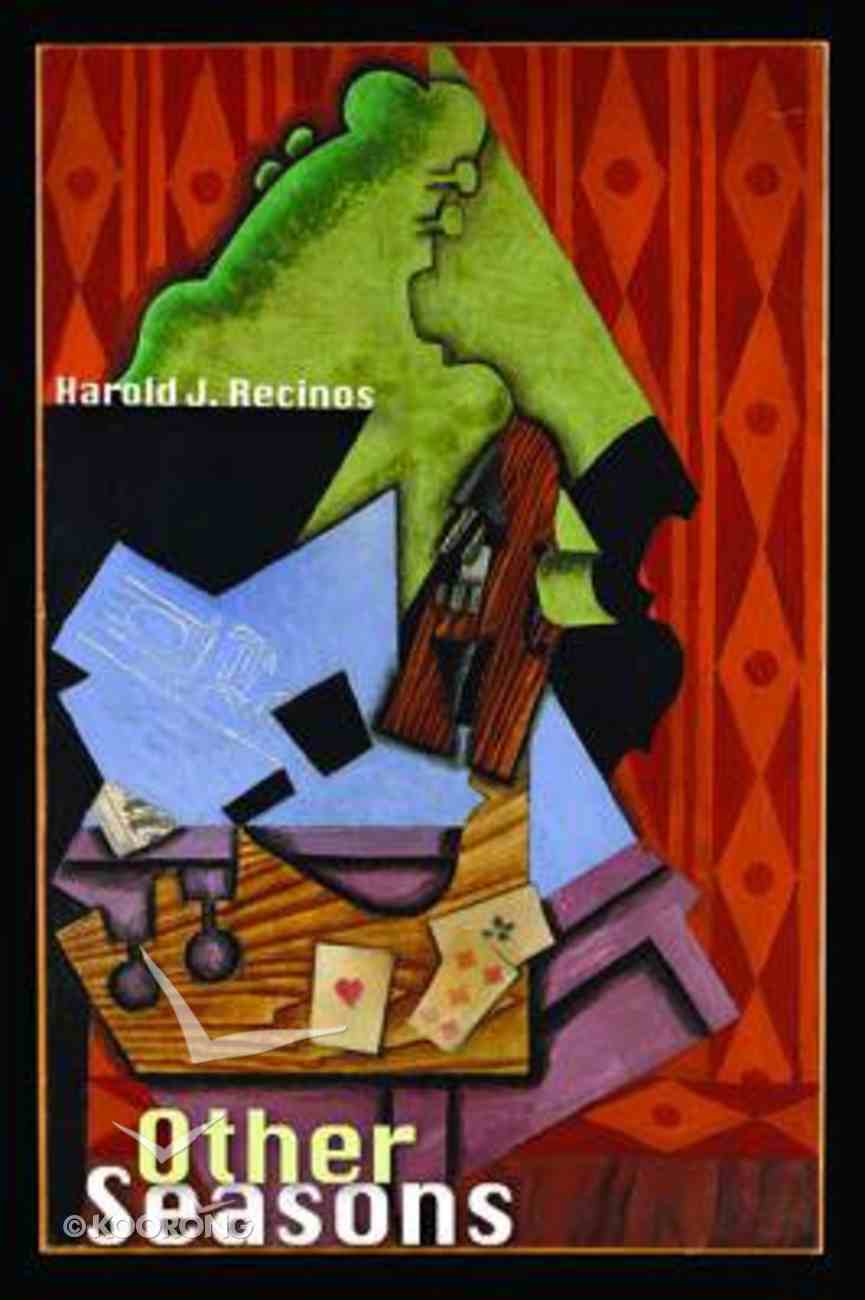 Recinos discovered a love for poetry living on the streets after being abandoned by immigrant Latino parents. At age sixteen, a White Presbyterian minister made him part of his family and guided him back to school. Recinos finished high school,...

Funny Things Can Happen on Your Way Through the Bible, Volume 2
Charles D Barrett
eBook

A Touch From Above
Lynette Badke
Paperback

No Gathering in of This Incense
Mark Rhoads
eBook

Recinos discovered a love for poetry living on the streets after being abandoned by immigrant Latino parents. At age sixteen, a White Presbyterian minister made him part of his family and guided him back to school. Recinos finished high school, attended undergraduate school in Ohio and later graduate school in New York, where he befriended the Nuyorican poet, the late Miguel Pinero, who encouraged him to write and read poetry at the Nuyorican poets' cafe. Other Seasons is a collection that aims to communicate something of what is felt by people who live in the overlooked contexts of marginality. His poems are like graffiti on public culture that memorialize and raise to the level of consciousness the beauty and obstinate spirit of workers, mothers, grandmothers, brothers, sisters, revolutionaries, undocumented immigrants, and those considered, even in religious gatherings, unworthy of love. Recinos' poetry celebrates and chastises the inner workings of the American Dream and moves readers to develop a compassionate awareness for the hopes, struggles, and suffering of others. His poetry not only expresses outrage and despair in the face of unjust suffering in the world, but he invites readers to see the beauty of people at the edges of society who are too often invisible. ""Other Seasons is a captivating collection of poems about other voices, histories, cultures, traditions, situations, experiences, perspectives, languages, habits, locations, and lessons concerning the lives of marginalized people, whose increasing numbers are contributing to another construction of the 'American Dream.' Recinos' style of Nuyorican poetry, with its own flows and rhythms, focuses on a geographic space where races, ethnic groups, religions, nationalities, and time come together and produce new insights into envisioning the world."" --William Luis, Vanderbilt University; author of Dance Between Two Cultures: Latino Caribbean Literature Written in the United States ""Expect to be simultaneously elevated and humbled by Other Seasons. Once again, Recinos positions himself as a modern street bard wielding poetic truths that are lyrical, delightful, uplifting, and spiritual... . His poems integrate the music of the masses, the staccato rhythms of the street, and the heart of humanity as its beat rises above the babble of hatred, pettiness, elitism, and indifference. Recinos' words are luminous, breathing laughter, love, hope, and joy into an often unjust world. --Louis Mendoza, Arizona State University; author of A Journey Around Our America: A Memoir on Cycling, Immigration, and the Latinoization of the U.S. ""Recinos' latest resonates with the gifts and struggles of beautiful people on the margins... . Recinos challenges people of faith everywhere to learn from his protagonists because in the 'The Woman in the Factory,' the 'Campesino,' and the 'Watch Fixer' we see the face of God."" --Efrain Agosto, Professor, New York Theological Seminary Harold J. Recinos is professor of Church and Society at the Perkins School of Theology at Southern Methodist University. Among recent publications are Harold J. Recinos, ed. Wading Through Many Voices: Toward a Theology of Public Conversation (Roman and Littlefield, 2011), Crossing Bridges (Floricanto Press, 2016), among other works. He completed the Doctor of Philosophy with honors (PhD) in cultural anthropology in 1993 from the American University in Washington, DC.
-Publisher

Harold J. Recinos is Professor of Church and Society at Perkins School of Theology, Southern Methodist University, in Dallas, Texas. He is the author of a number of books including "Hear the Cry! A Latino Pastor Challenges the Church".

All Along You Were Blooming: Thoughts For Boundless Living
Morgan Harper Nichols
Hardback