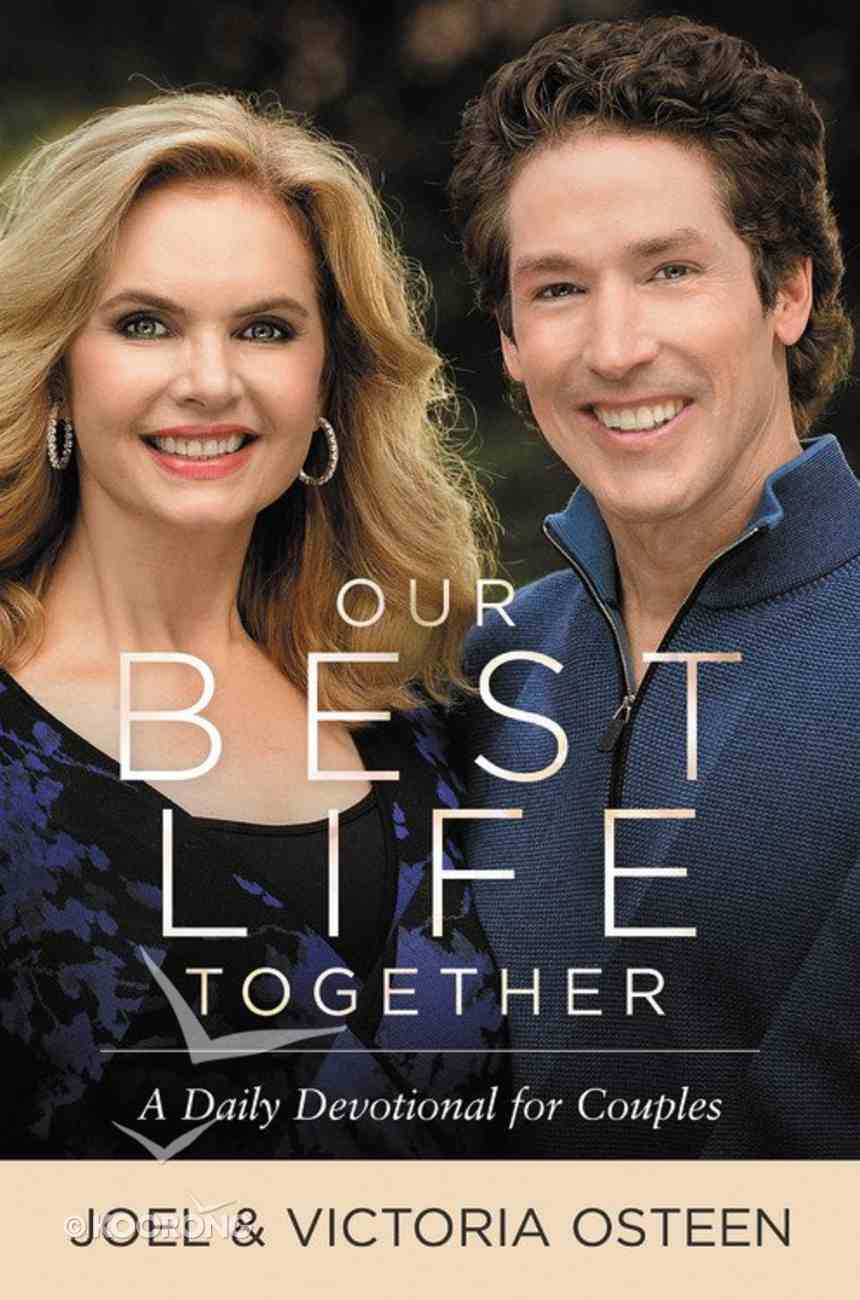 Our Best Life Together: A Daily Devotional For Couples (Large Print)

:Whether you've been married a few months or decades, couples need regular, quiet moments together to renew their love and commitment to each other and to God. In OUR BEST LIFE TOGETHER, Joel and Victoria Osteen want...

:Whether you've been married a few months or decades, couples need regular, quiet moments together to renew their love and commitment to each other and to God.

In OUR BEST LIFE TOGETHER, Joel and Victoria Osteen want to encourage you in your marriage and remind you that God brought you together to help each other succeed and to become all He created you to be. There's no better way to experience the fulfilling marriage God intends for you than to set aside a devotional time together each day and set your minds in the right direction for a positive, happy, faith-filled marriage. When you live together in unity, you honor God and open the door for His blessings to flow into every area of your life. If you will do your part, God will do His part, and you can live in love!

Victoria Osteen has always had an infectious passion and enthusiasm for life. A native Houstonian, Victoria began her career in her family's jewelry business and now works with the most precious treasure of all -- people. She is an inspiration and mentor to women everywhere as she ministers alongside her husband, Joel, and sets a wonderful example for their two children, Jonathan and Alexandra. Victoria is active in her community and committed to helping women, children, and families discover their purpose and reach their highest potential. ýVisit the Osteen website at www.joelosteen.com.

Happily Ever After: Finding Grace in the Messes of Marriage
John Piper, Francis Chan
Paperback