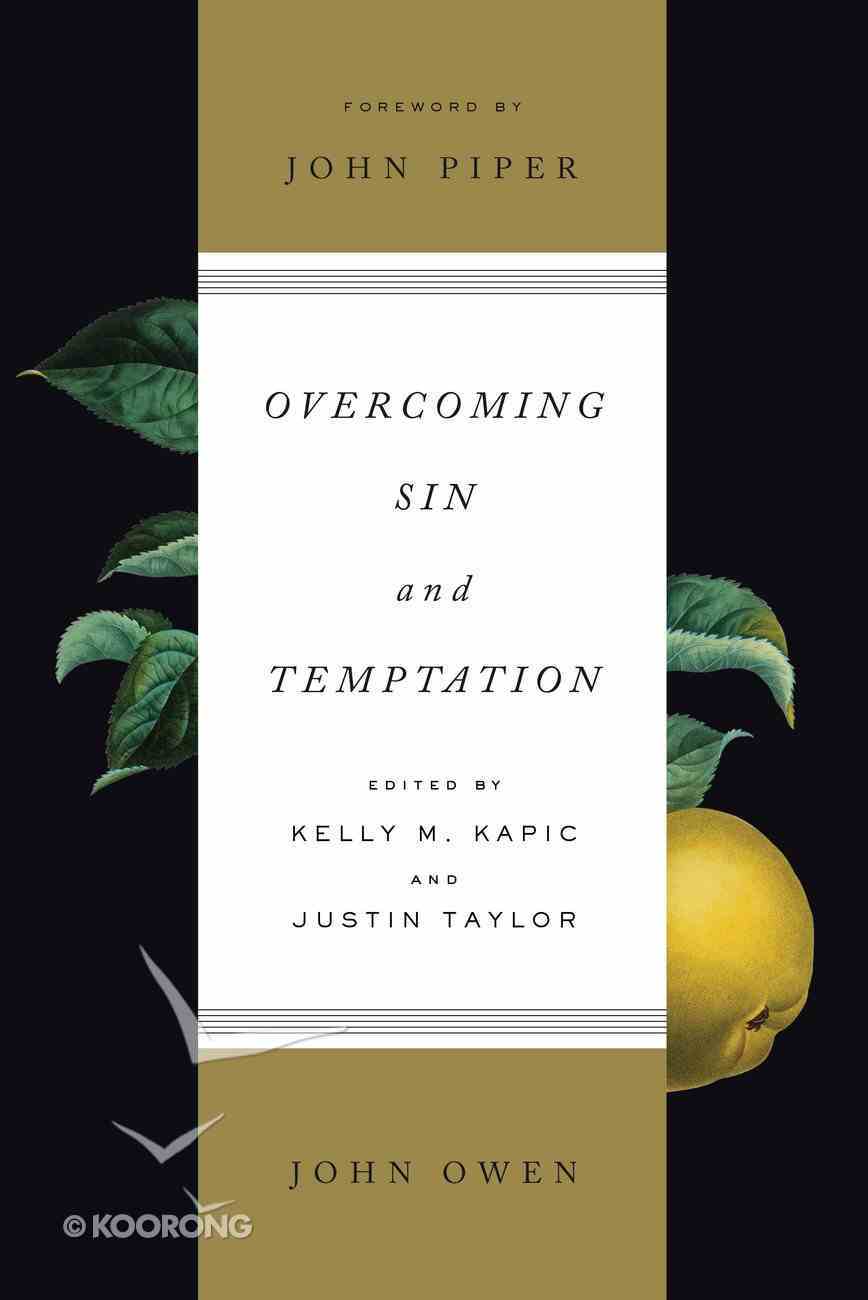 English Puritan minister John Owen (1616-1683) left an unparalleled legacy of profound spiritual writings, still unexplored by many. This volume brings together three Owen classics on the causes, nature, and defeat of sin. In the diagnosis of sin, Owen is...

English Puritan minister John Owen (1616-1683) left an unparalleled legacy of profound spiritual writings, still unexplored by many. This volume brings together three Owen classics on the causes, nature, and defeat of sin. In the diagnosis of sin, Owen is as exactingly zealous as a prophet; in defining sin's remedies, he uses a surgeon's precision. 462 pages, from Crossway.

John Owen's writings, though challenging, are full of rich spiritual insights. In this unabridged volume, editors Justin Taylor and Kelly Kapic have made updates to the author's language, translated the Latin, Greek, and Hebrew, and footnoted difficult or unknown phrases, all without sacrificing any of Owen's original message. These three treatises on temptation, sin, and repentance are theologically robust and insightful while also being accessible to modern readers. Overcoming Sin and Temptation will help a new generation benefit from the writings of this remarkable Puritan. Now redesigned with a new cover.

^The writings of John Owen are a challenge to any reader, to say the least. His intricacy and complexity are intimidating and his language is downright befuddling at times. However, the depth of thought and the immense value of Owen's works cannot be quantified. His three classic works on sin and temptation are profoundly helpful to any believer who seeks to become more like Jesus Christ. ^In this volume, the editors have made updates to the language, translated the Latin, Greek, and Hebrew and footnoted difficult or unknown phrases, all without sacrificing any of the wonderful content of Owen's work. It is a uniquely accessible edition of John Owen's previously daunting work.
-Publisher

John Owen (1616-1683) was an early Puritan advocate of Congregationalism and Reformed theology. Educated at Queen's College, Oxford, he served under the Puritan government of Oliver Cromwell as personal chaplain to Cromwell and later as vice-chancellor of Oxford. A contemporary of John Bunyan, Owen's extensive body of work includes twenty-eight books on theological and devotional themes. His later years were spent in pastoral ministry where he served as the leading spokesman for the Protestant Nonconformists. His best known writings have been compiled in the encyclopaedic The Complete Works of John Owen (16 volumes) and The Book of Hebrews (7 volumes).-Editorial Review.