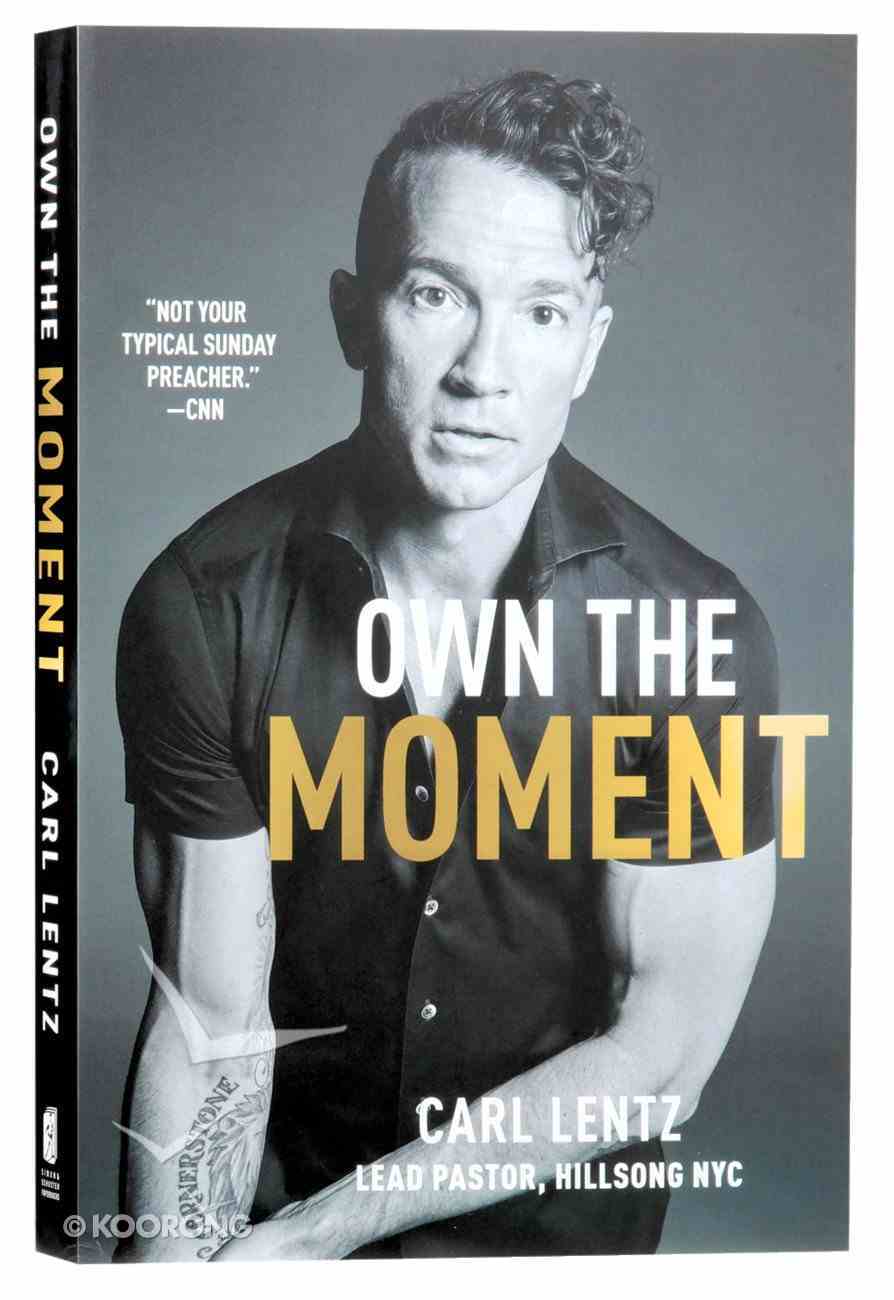 When you think of a Christian pastor, you probably don't envision a tattooed thirty-something who wears a motorcycle jacket, listens to hip-hop music, references The Walking Dead and Black Lives Matter in his sermons, and every Sunday draws a standing-room...

25+ Available
Expected to ship within 7 hours from Australia.
Learn More
Free Shipping
for orders over $99.

Own the Moment
Carl Lentz
Hardback

Own the Moment
Carl Lentz
eBook

Own Your Everyday: Overcome the Pressure to Prove and Show Up For What You Were Made to Do
Jordan Lee Dooley
Hardback

David the Great: Deconstructing the Man After God's Own Heart
Mark Rutland
Hardback

When you think of a Christian pastor, you probably don't envision a tattooed thirty-something who wears a motorcycle jacket, listens to hip-hop music, references The Walking Dead and Black Lives Matter in his sermons, and every Sunday draws a standing-room only crowd to a venue normally used for rock concerts-in godless New York City, no less.

But then you clearly have never met Carl Lentz.

As lead pastor of the first United States branch of global megachurch Hillsong, the former college basketball player is on a mission to make Christianity accessible in the 21st century. In Own The Moment, he shares the unlikely and inspiring story of how he went from being an average teenager who couldn't care less about church to leading one of the country's fastest-growing congregations - how one day he is trying to convince a Virginia Beach 7 - Eleven clerk to attend his service, and just a few years later he is baptizing a global music icon in an NBA player's Manhattan bathtub.

Amid such candid personal tales, Lentz also offers illuminating readings of Bible passages and practical tips on how to live as a person of faith in an increasingly materialistic world. How do you maintain your values - and pass them onto your children - in a society that worships money and sex and fame? How do you embrace your flaws in this Instagram era that exalts the appearance of perfection? How do you forget about "living the dream" and learn to embrace the beauty of your reality?

These are just a few of the many important questions Lentz answers in Own The Moment-a powerful book that redefines not just Christianity but spirituality as a whole.

"With an engaging, casual voice and an easy humor, Mr. Lentz sidles up to the idea of a self-help book rooted in Christianity, and then aims for something different. The approach is not unlike the way his church has taken its place in American evangelicalism, with a decidedly unusual flavor that might even appeal to those who recoil from a typical Sunday service." - The New York Times.

An inspirational book by Carl Lentz, the "rock star" pastor of Hillsong NYC megachurch that guides readers toward a more engaged, spiritually grounded and fulfilled life.As head pastor of the first United States branch of Australian megachurch Hillsong, Carl Lentz is redefining not just Christianity, but spirituality as a whole. The handsome thirty-eight-year-old former Division I basketball player wears skinny jeans and motorcycle boots. He has a hipster haircut, and his muscular arms are covered in tattoos. He wears lots of bling, loves hip-hop, and is vocal in his support for Black Lives Matter, as well as other human rights issues that an older generation of religious leaders might consider taboo. Some eight thousand parishioners-most in their twenties and thirties-pack into New York City's Hammerstein Ballroom each Sunday to see Lentz animatedly pace the stage while mixing self-deprecating humor and timely pop-culture references with keen analysis of Bible passages. His unorthodox style rooted in positivity, practicality, and inclusivity has earned him many celebrity followers, including LeBron James, Kevin Durant, Kendall Jenner, Selena Gomez, Gayle King, Bono, and Justin Bieber. One of Lentz's fundamental beliefs is that no matter your background, no matter how late you were out Saturday night, you are more than welcome to build a relationship with God. You just need to trust your inner wisdom and believe that there is a purpose for your life. In his first book, Lentz inspires readers to take stock spiritually and emotionally and shows how to live a life filled with more meaningful connections, increased gratitude, and stronger moral convictions-how to truly own each precious moment.
-Publisher

Carl Lentz is one of twelve Hillsong Church lead pastors globally. He pastors Hillsong New York, and a passion to serve the city and make an impact worldwide. Carl and his wife Laura embrace a simple, dedicated faith in Jesus and are passionate about delivering the gospel in a method that makes sense to this generation.

Own the Moment: How to Live a Spiritual Life in a Secular World
Carl Lentz
Paperback