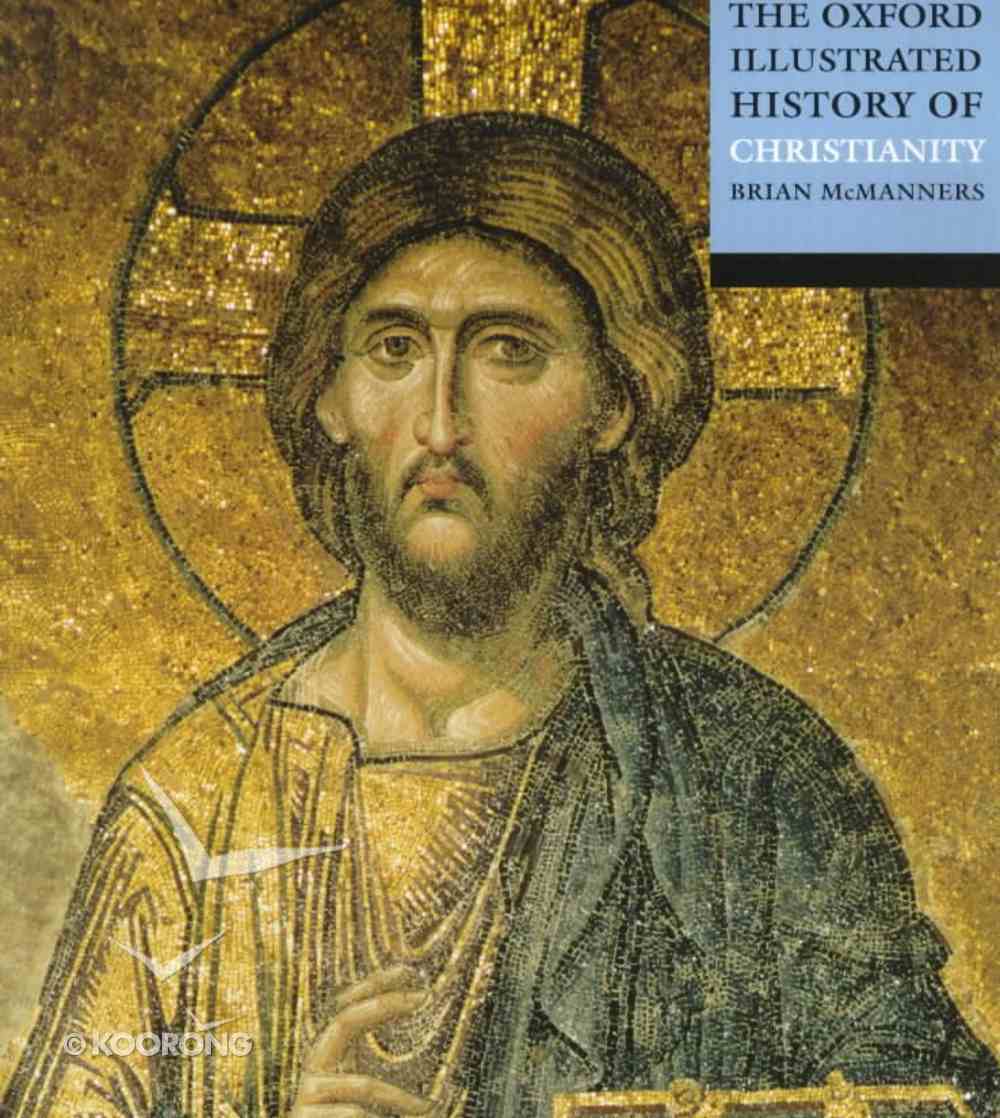 This richly illustrated book tells the story of Christianity from its origins to the present day. Written by a team of scholars, all authorities in their fields, it spans 2000 years of colourful incident to give an uniquely authoritative history...

This richly illustrated book tells the story of Christianity from its origins to the present day. Written by a team of scholars, all authorities in their fields, it spans 2000 years of colourful incident to give an uniquely authoritative history of Christianity for the general reader. Every aspect of the faith is explored. The introduction discusses Christian interpretations of the historical process, and the links and tensions between religious and artistic inspiration. The first section runs chronologically from the earliest Christian communities to 1800, and includes chapters on Eastern Christendom, Christianity and Islam, the Reformation, the Enlightenment, and the expansion of Christianity. The second section is divided by geographical area, and covers the period from 1800 to the present day. There are special studies of Britain and Europe, North America, South America, Africa, India, the Far East, and the Orthodox Churches of Eastern Europe. The final section 'Christianity Today and Tomorrow' considers questions of Christian theology, conscience and belief and explores new images of the Christian community, ending with a glimpse of the future of Christanity. Throughout, the book, reflects the changing world in which Christians have found themselves, and gives full weight to events and movements where the Christian response has been challenged and re-evaluated. There are over 350 illustrations, and 32 full colour plates, all specifically chosen to complement the broad-ranging text. Authoritative, comprehensive and highly readable, this book captures the richness and vitality of Christian art and thought in a wide variety of cultures and times.
-Publisher

Spanning two thousand years of stirring religious, cultural and political events, this lavishly illustrated volume provides the most authoritative and accessible history of Christianity ever published for the general reader. ^ The impact of Christianity on world civilization is almost incalculable, and in exploring this rich heritage, nineteen leading scholars range from the earliest origins to the present day to examine virtually every aspect of the faith. They discuss the apostle Peter and Roman Emperor Constantine, describe the role of Charlemagne in the expansion of the religion, and assess medieval scholasticism and the influence of Thomas Aquinas. The profound changes that occurred during both the Reformation and the Enlightenment are fully treated in chapters that offer revealing portraits of such key figures as Erasmus, Luther, Calvin, Wesley, and Rousseau. Fully one third of the book covers Christianity since 1800--with special studies of the faith as practiced in Britain
-Publisher

John McManners is Emeritus Professor of Ecclesiastic History and Fellow and Chaplain of All Souls College, Oxford. An established authority in his field, he has written many popularly acclaimed books, including Death and the Enlightenment, which won Britain's Wolfson Literary Award for History andýwas chosen by The Times as one of the ten best non-fiction books of the year.ý