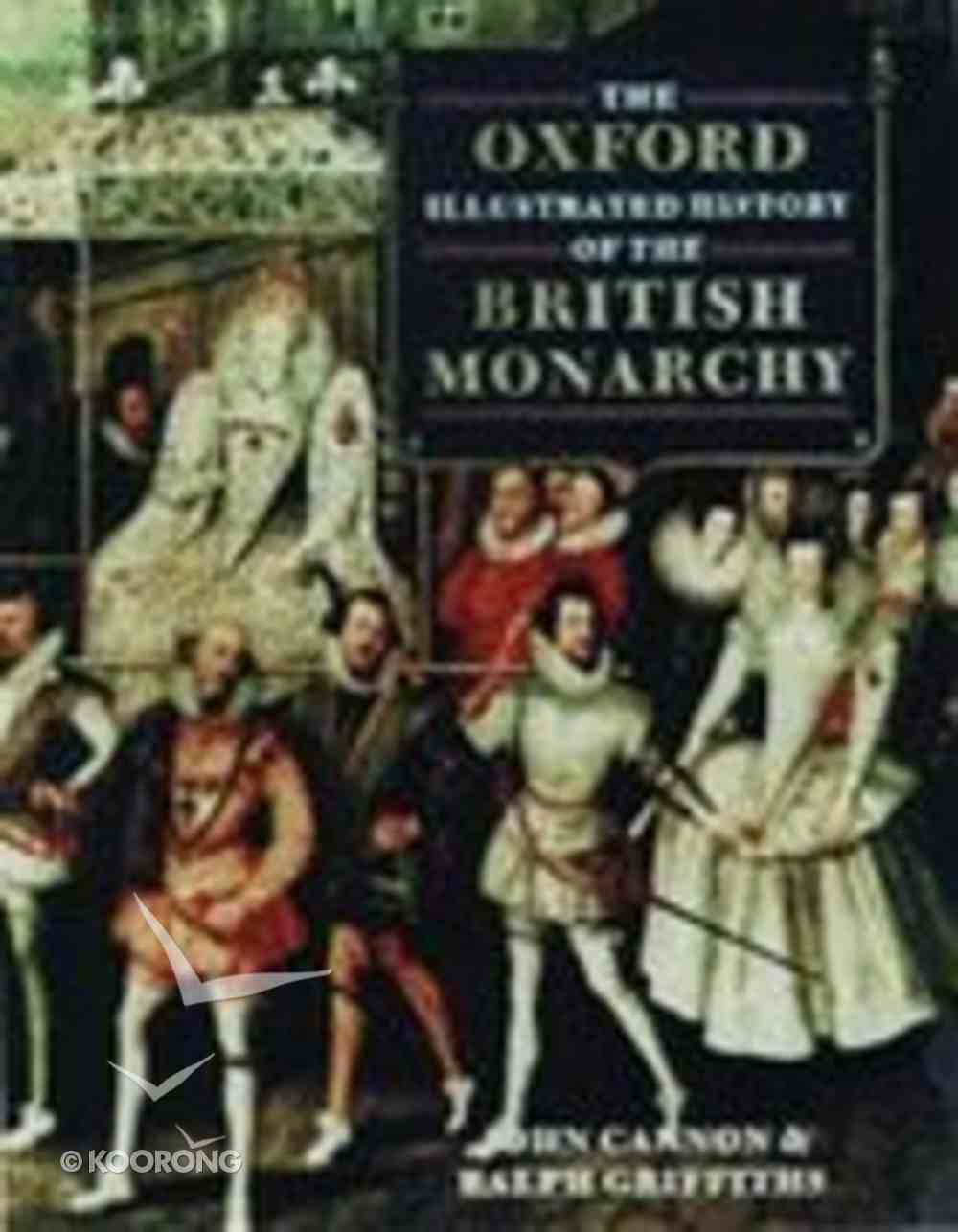 This is the most authoritative account ever published of that most enviedof British institutions: the monarchy. With over 400 illustrations - no lessthan one third of them in colour - it tells the full story of the monarchy,presenting a vivid...

This is the most authoritative account ever published of that most enviedof British institutions: the monarchy. With over 400 illustrations - no lessthan one third of them in colour - it tells the full story of the monarchy,presenting a vivid picture not only of the lives of individual kings and queens,but also of the monarchy as a political and social force from Anglo-Saxon timesto the present.The story begins in the fifth century; progressing through the Dark Ages, RalphGriffiths describes the emergence of recognizable kingdoms in Scotland, Wales,and England. He then goes on to discuss the continental role of English monarchsfrom William the Conqueror to King John, and the refocusing of royal power inBritain from the thirteenth century with the extension of English rule to Wales,the consolidation of the Scottish kingdom, and the forging of a new relationshipbetween monarch and nation. He also explains the way in which key traditionsevolved, including the right of succession, coronations and marriages, oaths ofloyalty and military service, the granting of lands and titles, and thepropagation of a powerful image of royalty.John Cannon takes up the story from the reign of Henry VIII, and continues theexploration of these crucial themes. Guiding the reader through the governingmonarchy of the Tudors and Stuarts and the changes that followed the loss of thethrone in the Civil Wars, he goes on to look at the Hanoverians and thecombination of personal rule and government by Parliament. Finally, he describesthe emergence of the constitutional role of the crown in Queen Victoria's reign,and the enduring basis this has bestowed upon today's popular symbolic monarchy.Alongside this colourful and eventful tale of power and government, the bookalso looks at the many ways in which our social and cultural history has beenshaped by monarchs and the image of royalty - as landowners, builders, sportsmenand women, patrons of the arts, and as the focus of court life, whetheridealized or profane. The main account is interspersed with individual panelswhich focus in vivid detail on each monarch and on key general themes, such asthe peerage, chivalry, and coronation rituals.The book is lavishly illustrated throughout, and the text is accompanied by acomprehensive body of reference material, including colour maps, an illustratedsection on royal residences and tombs, a consolidated list of monarchs,genealogies, suggestions for further reading, and a full index.
-Publisher

The rich pageant of Britain's history emerges nowhere more colorfully than in the story of its kings and queens. This spectacular book offers the most authoritative account of the British monarchy ever published for the general reader. With over 400 illustrations--a third of them in color--it traces the crown's full history from Anglo-Saxon times to the present.^ The authors present a vivid picture of the lives of individual monarchs as well as of the monarchy as a political and social force. They begin the story in the fifth century with the rise of recognizable kingdoms in Scotland, Wales, and England and conclude with a discussion of the crown's constitutional role, which emerged in Queen Victoria's reign, and how this has affected the symbolic and popular monarchy of today. Along the way, we gain a clear view of how key traditions evolved: the right of succession, coronations and marriages, oaths of loyalty and military service, the granting of lands and titles, and the propaga
-Publisher