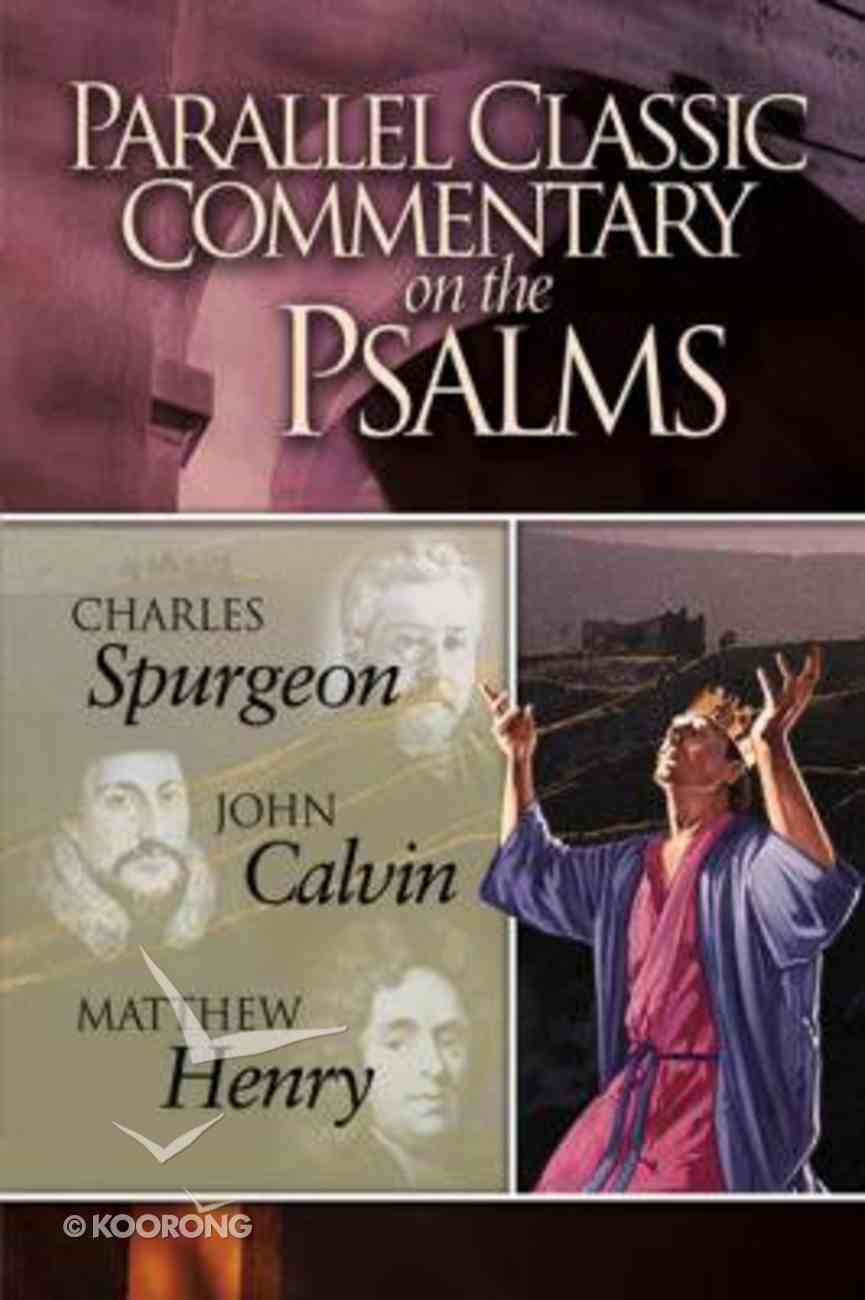 Parallel Commentary on the Psalms

This new release is a one-volume commentary on the Psalms that contains the King James text, and a running commentary by Charles Spurgeon, John Calvin, and Matthew Henry.

Pgc: Spurgeon on the Psalms #03: Psalm 51-79 (#03 in Spurgeon On The Psalms Series)
Charles H Spurgeon
Paperback

Pgc: Spurgeon on the Psalms (Book 1) (#01 in Spurgeon On The Psalms Series)
Charles H Spurgeon
eBook

This new release is a one-volume commentary on the Psalms that contains the King James text, and a running commentary by Charles Spurgeon, John Calvin, and Matthew Henry.
-Publisher

Matthew Henry (1662-1714), was born into a committed Puritan family and followed his father's footsteps into full-time ministry, being ordained as a Presbyterian pastor in 1687. Despite ill health, deep bereavement, and the demands of his pastoral duties, Henry produced many devotional and scholarly works. They remain popular three centuries after his death, especially his classic commentary on the whole Bible.

Psalms For You: How to Pray, How to Feel and How to Sing (God's Word For You Series)
Christopher Ash
Paperback

Psalms 25-37: In the Presence of My Enemies
Dale Ralph Davis
Paperback

Psalms 13-24: Slogging Along in the Paths of Righteousness
Dale Ralph Davis
Paperback