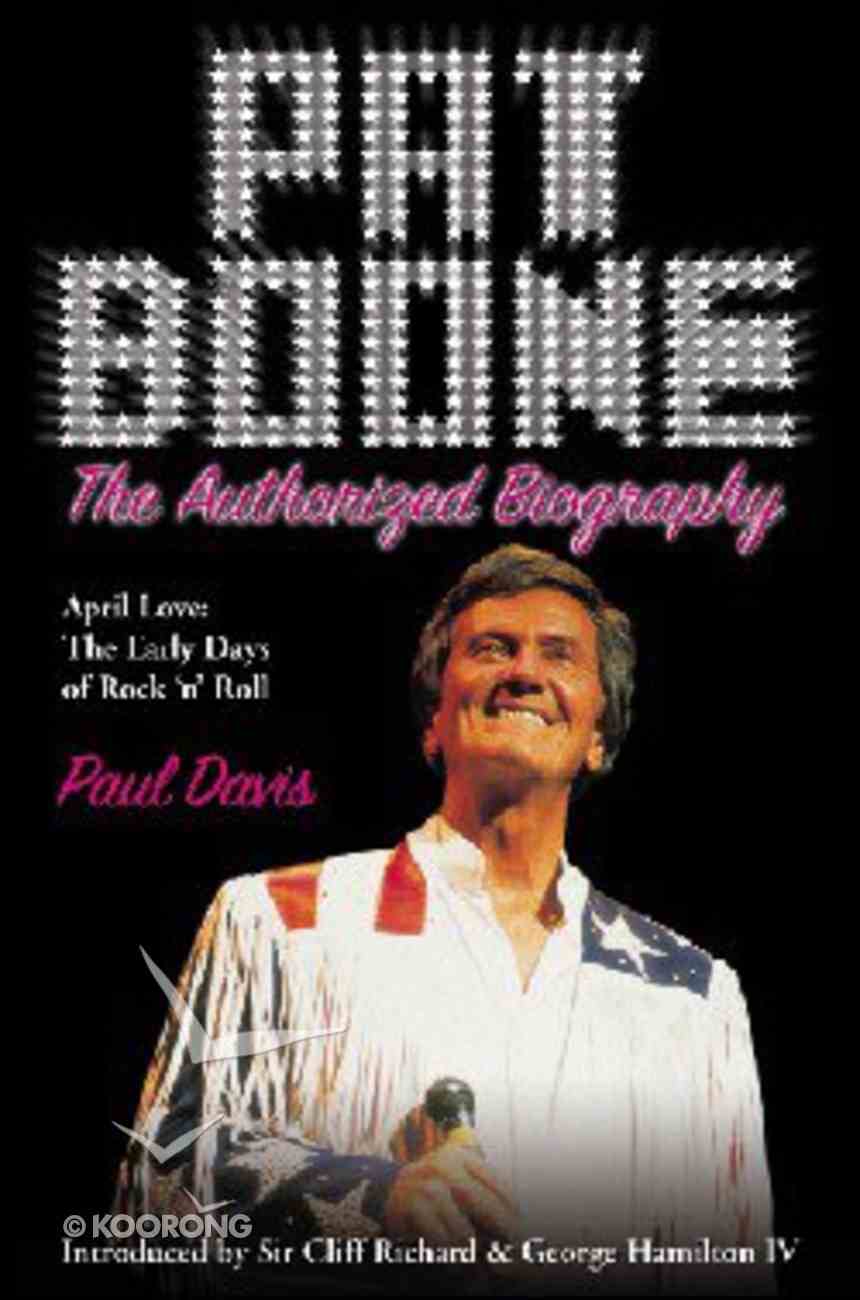 A story of remarkable achievement, shocking controversy and glowing faith.Pat Boone is far more than a living rock 'n' roll legend, though that is where his story begins. Working with such great names as--Elvis, Buddy Holly, Roy Orbison, the Everly...

David Sheppard: Batting For the Poor- the Authorized Biography of the Celebrated Cricketer and Bishop
Andrew Bradstock
Paperback

A story of remarkable achievement, shocking controversy and glowing faith.Pat Boone is far more than a living rock 'n' roll legend, though that is where his story begins. Working with such great names as--Elvis, Buddy Holly, Roy Orbison, the Everly Brothers, Little Richard, Jerry Lee Lewis, Fats Domino, Chuck Berry and others, Boone rocketed to the pinnacle of pop-music stardom in the 1950s, setting an unbroken record for hit singles and garnering international acclaim. Today, with thirteen gold discs, two gold albums and one platinum album to his credit, Pat Boone has worn an amazing variety of hats: recording artist, actor, spokesperson, TV personality, radio host, author, sportsman, songwriter, religious leader and long-time husband to his high-school sweetheart.Here is the story of the man behind the achievements. Pat Boone is a captivating look at the people, events and deep Christian convictions that have shaped a remarkable life and career, from the amateur competitions of the
-Publisher

From 1955 to 1959 Pat Boone was never off the billboard charts--a record still untouched by any singer. From singing he went on to success as an actor, author, radio host, and TV presenter. Though once the epitome of "square," he nearly buckled under the pressure of fame. Only a revival of faith saved him. Pat Boone's unwavering belief in the need to reach out to the world with good news has taken him from childhood dreams to being an international star and cochair of the National Day of Prayer.
-Publisher

Reverend Doctor Paul Davis is a pastor, lecturer, author, journalist, broadcaster, record producer, tour organiser, music publisher and local government manager of considerable experience. He was the first European Director of the USA's Gospel Music Association and the founder of the UK's Christian Music Association and the British Gospel Music Association. A Fellow of the European Theological Seminary, his books include the official biographies or autobiographies of George Hamilton IV, Pat Boone, Ron Jones and the Blackwood Brothers plus book projects for Readers Digest on several country music and gospel music themes including 'Peace In The Valley', Jim Reeves, Johnny Cash, Dolly Parton, Glen Campbell, Tammy Wynette, the Blackwood Brothers and Kenny Rogers.