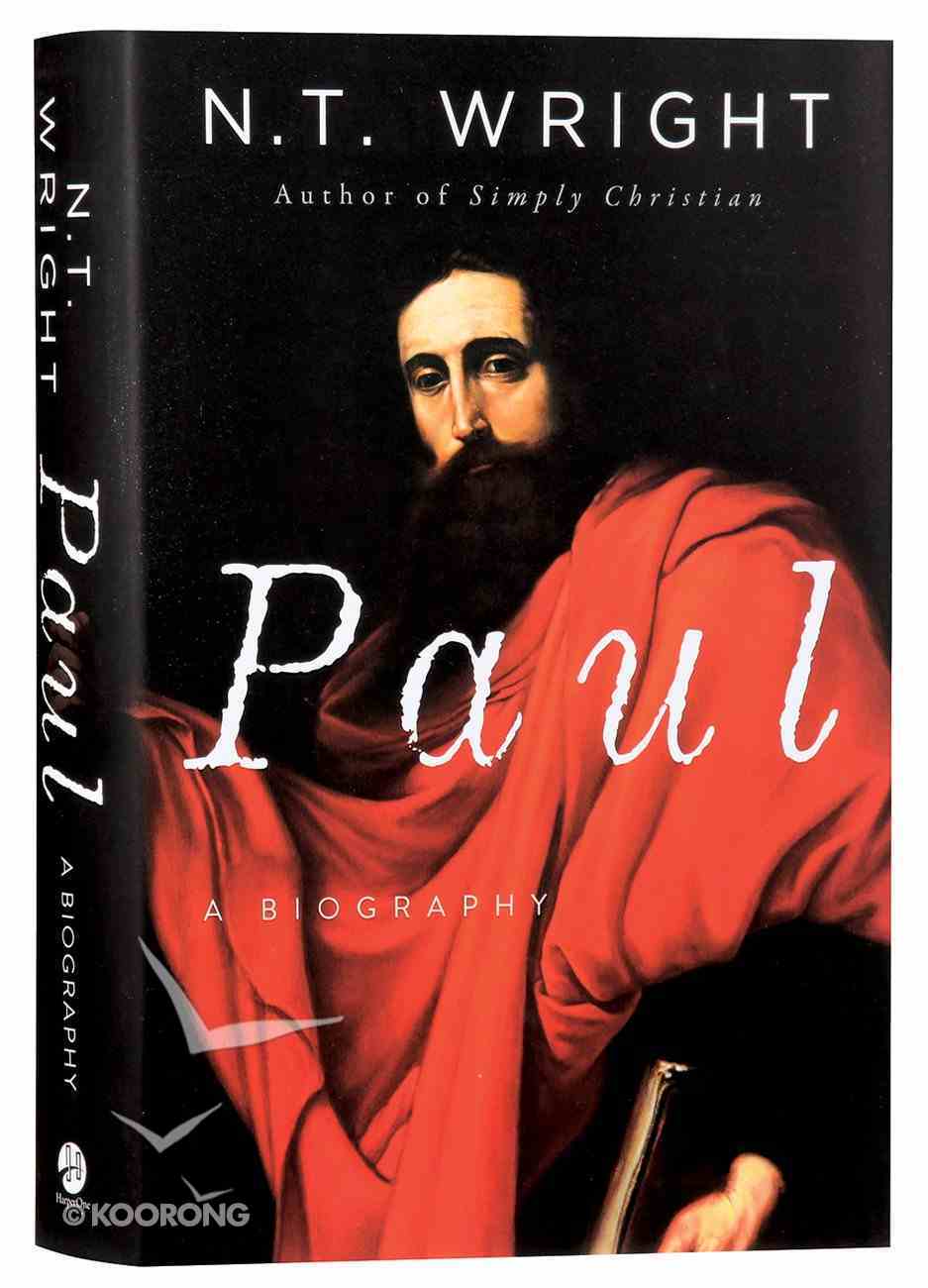 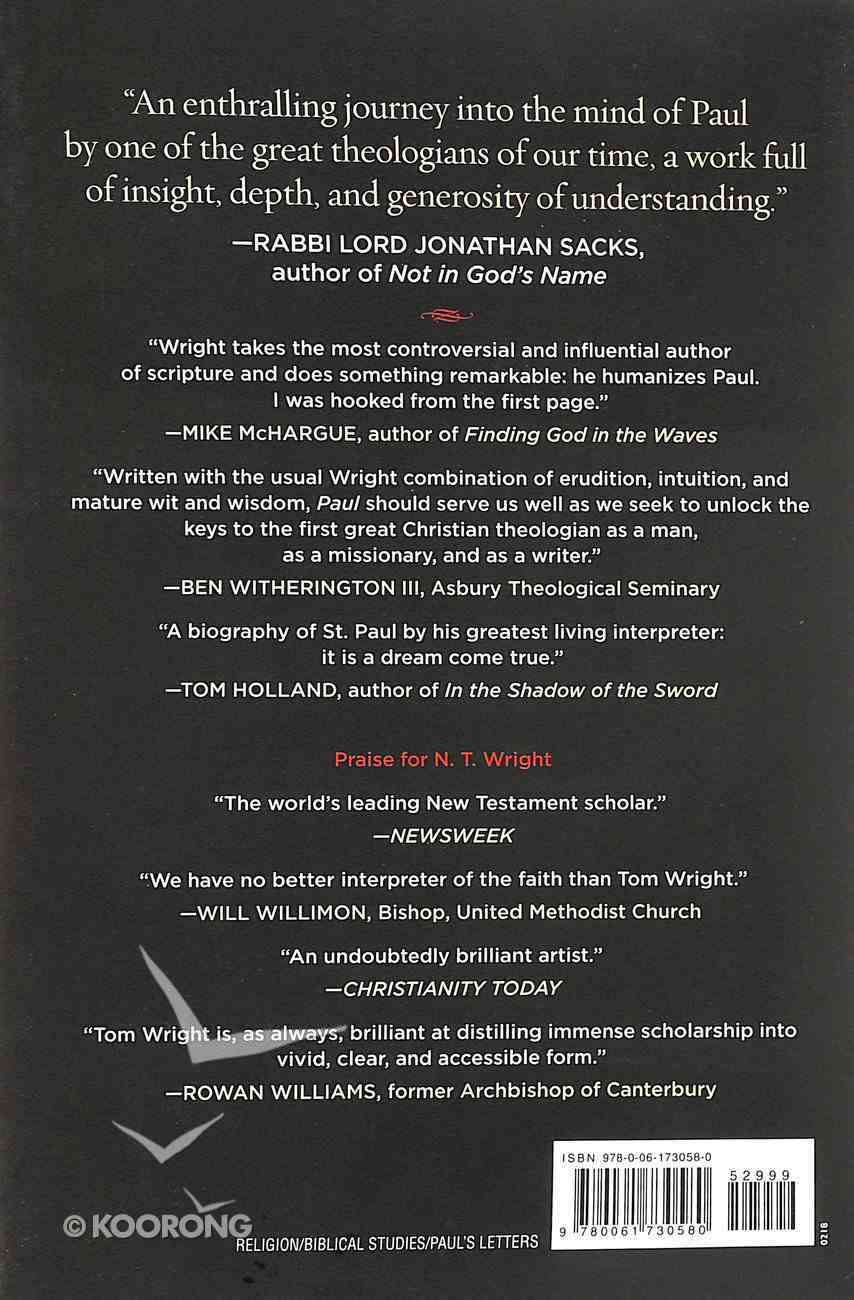 In this definitive biography, renowned Bible scholar, Anglican bishop, and bestselling author N. T. Wright offers a radical look at the apostle Paul, illuminating the humanity and remarkable achievements of this intellectual who invented Christian theology - transforming a faith...

In this definitive biography, renowned Bible scholar, Anglican bishop, and bestselling author N. T. Wright offers a radical look at the apostle Paul, illuminating the humanity and remarkable achievements of this intellectual who invented Christian theology - transforming a faith and changing the world.

For centuries, Paul, the apostle who "saw the light on the Road to Damascus" and made a miraculous conversion from zealous Pharisee persecutor to devoted follower of Christ, has been one of the church's most widely cited saints. While his influence on Christianity has been profound, N. T. Wright argues that Bible scholars and pastors have focused so much attention on Paul's letters and theology that they have too often overlooked the essence of the man's life and the extreme unlikelihood of what he achieved.

To Wright, "The problem is that Paul is central to any understanding of earliest Christianity, yet Paul was a Jew; for many generations Christians of all kinds have struggled to put this together." Wright contends that our knowledge of Paul and appreciation for his legacy cannot be complete without an understanding of his Jewish heritage. Giving us a thoughtful, in-depth exploration of the human and intellectual drama that shaped Paul, Wright provides greater clarity of the apostle's writings, thoughts, and ideas and helps us see them in a fresh, innovative way.

Paul is a compelling modern biography that reveals the apostle's greater role in Christian history-as an inventor of new paradigms for how we understand Jesus and what he accomplished-and celebrates his stature as one of the most effective and influential intellectuals in human history.

For centuries, Paul, the apostle who "saw the light on the Road to Damascus" and changed dramatically from zealous Pharisee persecutor to devoted follower of Jesus, has been one of the church's most widely cited early teachers. Yet for leading New Testament scholar and Anglican bishop N. T. Wright, most Bible scholars and pastors have not fully grasped what Paul was actually doing and why.In focusing on Paul's letters and theology, Wright argues, they have, in short, overlooked the essence of the man's life and the extreme unlikelihood of what he achieved. In response, Wright offers a new way of understanding one of the most famous Christian figures. Wright draws attention to Paul the man-the man who survived assassination attempts, imprisonments, and shipwrecks all while inventing new language and concepts for faithfully translating Jesus's story for the Gentile world. In this pioneering new account, Wright celebrates Paul's humanity, arguing that this is the best context for understanding him and ultimately for appreciating how he invented new paradigms for how we understand Jesus. "The problem," Wright explains, "is that while Paul is central to any understanding of early Christianity, we cannot understand him without taking full account of the pre-Christian Jewish beliefs and hopes that he believed had been fulfilled in Jesus." Only when we consider Paul in this manner can we move on to understanding how he led the way for Christianity to conquer the Roman world.
-Publisher

Jesus the Lord According to Paul the Apostle: A Concise Introduction
Gordon D Fee
Paperback