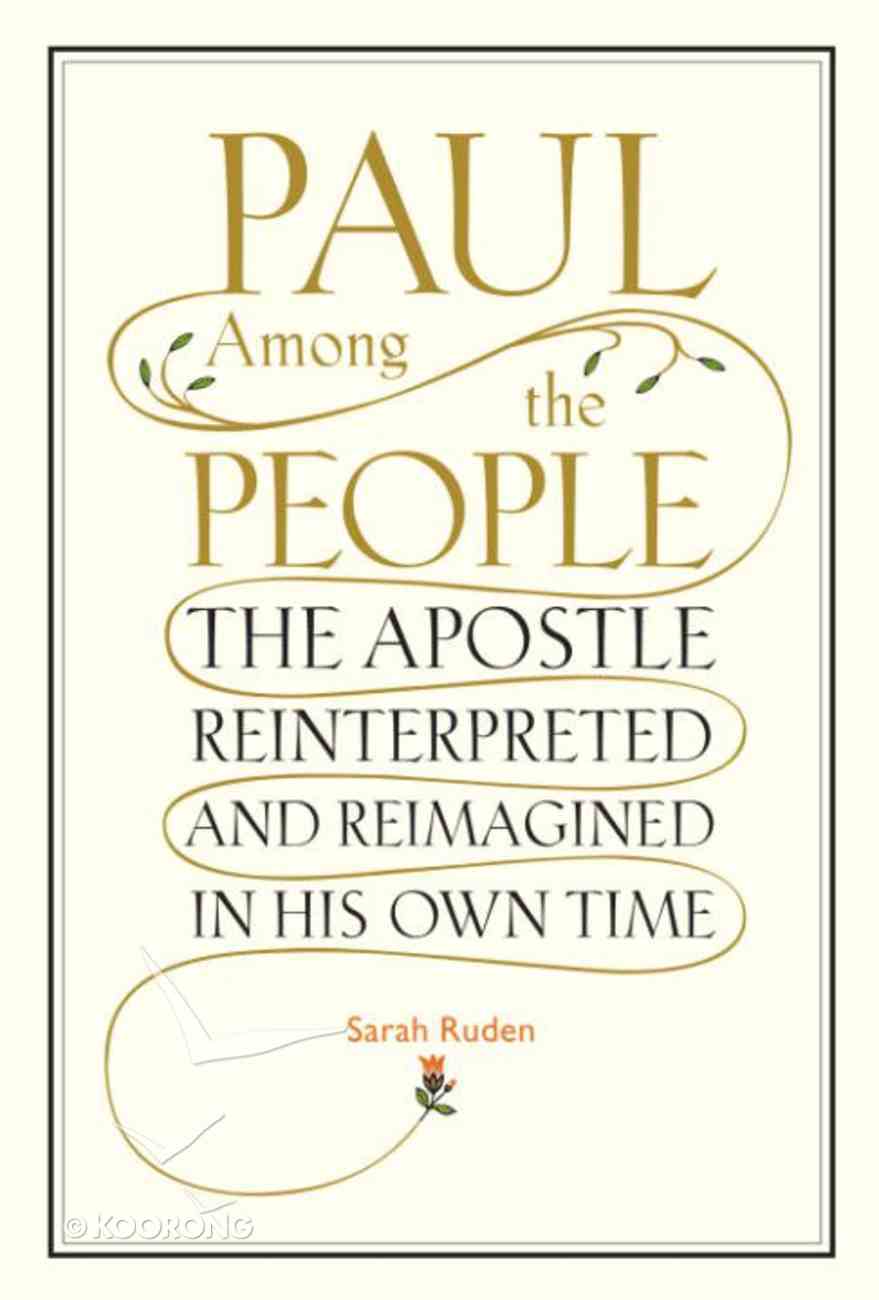 Paul Among the People

: In Paul Among the People , Sarah Ruden explores the writings of the evangelist Paul in the context of his time and culture, to recover his original message of freedom and love while overturning the common-and fundamental-misconception that Paul...

The Bare Bible: Uncovering the Bible For the First Time (Or The Hundredth)
Peter Graystone
Paperback

:
In Paul Among the People, Sarah Ruden explores the writings of the evangelist Paul in the context of his time and culture, to recover his original message of freedom and love while overturning the common-and fundamental-misconception that Paul represented a puritanical, hysterically homophobic, misogynist, or reactionary vision.

By setting famous and controversial words of Paul against ancient Greek and Roman literature, Ruden reveals a radical message of human freedom and dignity at the heart of Paul's preaching. Her training in the Classics allows her to capture the stark contrast between Paul's Christianity and the violence, exploitation, and dehumanization permeating the Roman Empire in his era. In contrast to later distortions, the vision of Christian life Ruden finds in Paul is centered on equality before God and the need for people to love one another.

A remarkable work of scholarship, synthesis, and understanding, Paul Among the People recaptures the moral urgency and revolutionary spirit that made Christianity such a shock to the ancient world and laid the foundation of the culture in which we live today.

Sarah Ruden's previous translations include Aristophanes' "Lysistrata" and Petronius's "Satyricon," She is a visiting scholar at Yale Divinity School. <BR>

Chapter 2: The End of Fun? Paul and Pleasure
&#160;
What was Paul&rsquo;s real message about the body and social life? Don&rsquo;t ask the Puritans. When these gained power and sought to wipe out the enjoyments (games, drama, feasting, dancing, fancy hats) that the medieval church had spared, the main New Testament authority they alleged was Paul. Richard Baxter (1615&ndash;91) of Kidderminster, in England, cites him over and over in part VII of his Directions to Weak Christians, &ldquo;Directions Against the Master Sin; Sensuality, Flesh-Pleasing, or Voluptuousness.&rdquo; By this time, &ldquo;flesh&rdquo; meant roughly anything that is often done for its own sake, like eat&shy;ing or conversation, and Baxter condemned what we would today call the most ordinary and natural pleasures:
&#160;
Do you think that man is made for no higher matters than a beast? and that you have not a more noble object for your delight than your swine or dog hath, who have the pleasure of meat, and lust, and play, and ease, and fancy, as well as you? Certainly where sensual pleasures are preferred before the higher pleasures of the soul, that man becomes a beast, or worse, subjecting his rea&shy;son to his brutish part.
&#160;
The looming trouble with pleasure of all kinds was that it could come between you and your religion. (&ldquo;Flesh-pleasing is the grand idolatry of the world, and the flesh the greatest idol that ever was set up against God.&rdquo;) That is, if you found you liked doing anything more than you liked praying, exhorting, and reading pious books, you were in for it. So pretty much everyone was in for it, or had hope only in sus&shy;pecting and resisting any natural draw.