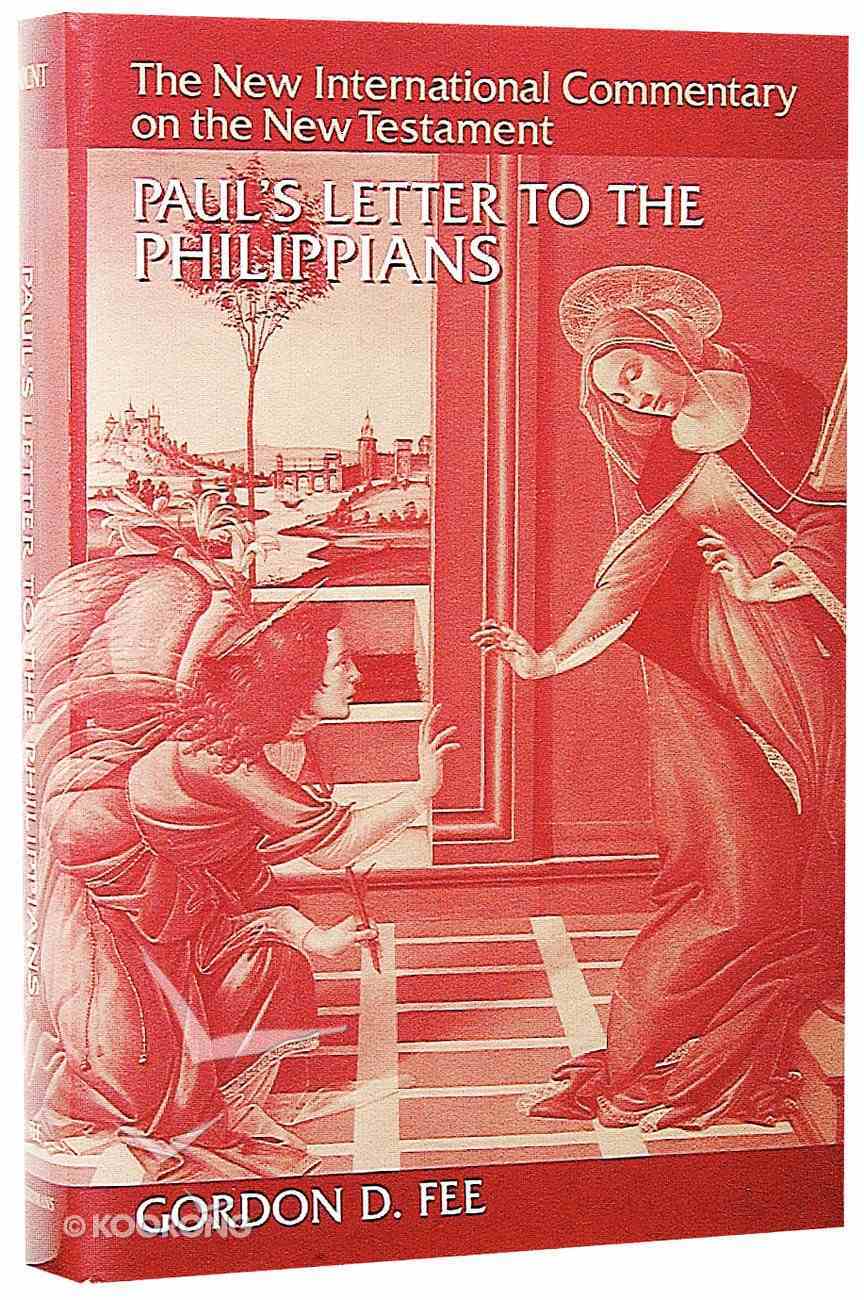 Prepared by some of the world's leading evangelical scholars, the NEW INTERNATIONAL COMMENTARY ON THE NEW TESTAMENT series provides an exposition of the New Testament books that is thorough and fully abreast of modern scholarship yet faithful to the Scriptures...

Prepared by some of the world's leading evangelical scholars, the NEW INTERNATIONAL COMMENTARY ON THE NEW TESTAMENT series provides an exposition of the New Testament books that is thorough and fully abreast of modern scholarship yet faithful to the Scriptures as the infallible Word of God. Gordon Fee's volume on Paul's letter to the suffering Christians in Philippi is written primarily for pastors and students. Fee's verse-by-verse commentary is uncluttered by technical discussions and offers suggestions for practical application throughout. 543 pages, from Eerdmans.

This commentary by respected New Testament scholar Gordon D. Fee is a scholarly yet thoroughly readable study of Paul's letter to the suffering community of believers in Philippi. Working directly from the Greek text but basing his comments on the New International Version, Fee sets Paul's letter to the Philippians squarely within the context of first-century "friendship" and "moral exhortation" to a church facing opposition because of its loyalty to Jesus Christ. At the same time Fee gives equal concern to the letter's theological and spiritual relevance. Important features of this commentary include a remarkable comparison of Philippians to two well-known types of letters in the Greco-Roman world: the letter of friendship and the letter of moral exhortation; an introduction that discusses the occasion, authenticity, and theological contributions of Philippians; and scholarly insights that resolve many of the formal and structural issues that have long puzzled New Testament scholars.
-Publisher


Dr Fee has made a major contribution to Academic Pentecostalism and Evangelicalism serving as Editor of the New International Commentary on the New Testament, and through his major academic commentaries and pioneering books God's Empowering Presence and Pauline Christology: An Exegetical-Theological Study.
Koorong -Editorial Review.

Ptw: Philippians, Colossians, and Philemon - the Fellowship of the Gospel and the Supremacy of Christ (Preaching The Word Series)
Kent R Hughes
Hardback