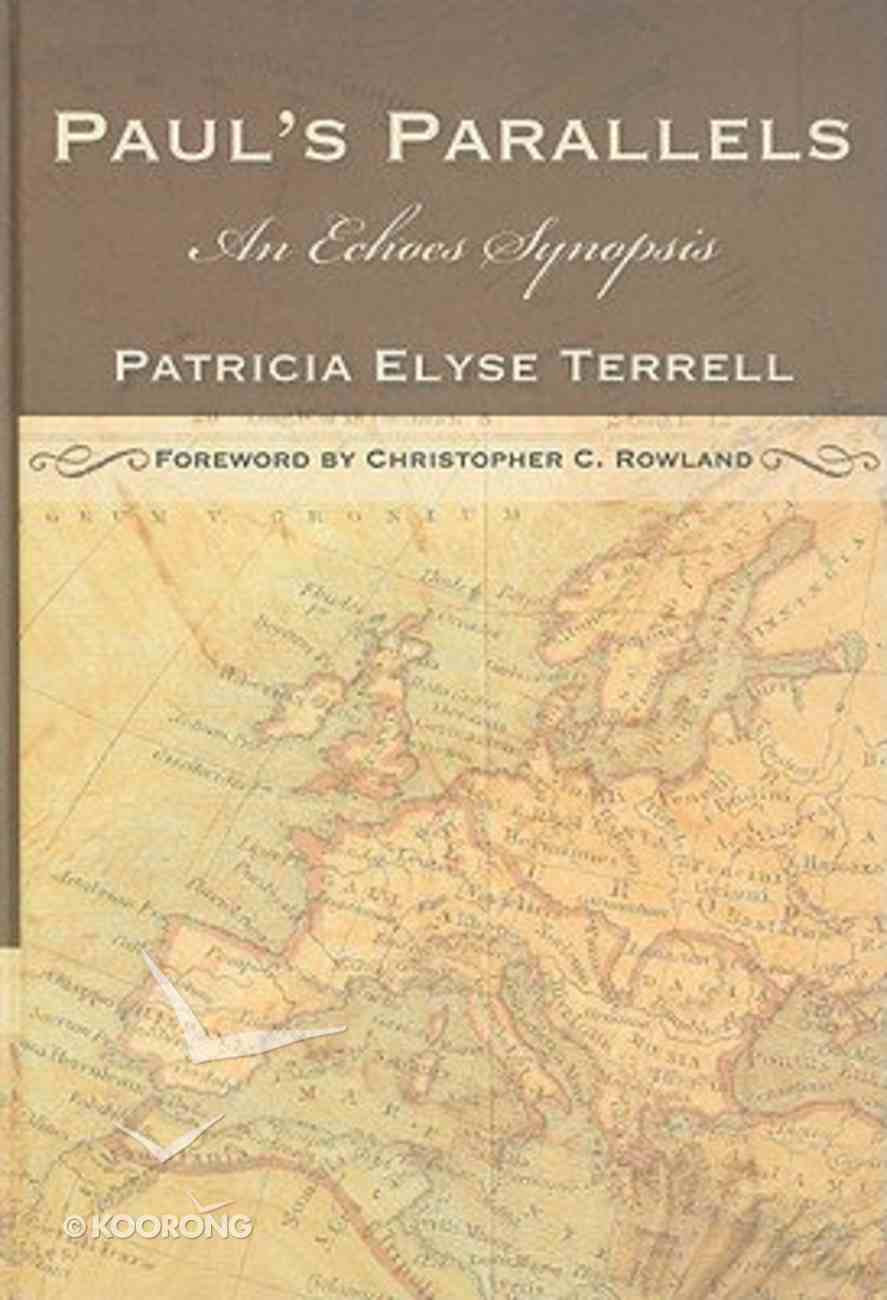 Journeys of the Apostle Paul
Hardback

The Life and Theology of Paul
Guy Prentiss Waters
Hardback

Paul's Parallels is the first and only New Testament resource text in tables format presenting Paul's verses in column one, next to a row of parallels, echoes, or like-minded quotes from Old and New Testament resources as well as other extant biblical materials. The passages are cited in full.
^^This master of the epistolary writings, gives a verse by verse demonstration of Paul's thoughts, his ethic, and his actions that were picked-up by later Christian writers, copied by pseudo-Pauline admirers. It delineates some as distinctively Christian while others remained only in Paul's writing.


^^In addition, Luke's history about Paul in Acts is presented using the same format so the reader can easily cross-reference each epistle to its chronological setting. Documenting the history of Paul's ministry in the same text allows the reader to instantly turn to the time and place in which Paul wrote that particular message. While investigating serious textual, literary, genre, and other theological characteristics, the reader has the opportunity of simultaneously locating Acts in its historical context.

Patricia Elyse Terrell, PhD, MTS, is an academic visitor to the Faculty of Theology, University of Oxford. Her New Testament expertise contributed to her appointment as an Official Observer to the United Nations Educational, Scientific, and Cultural Organization's (UNESCO) International Bioethics Committee (IBC), Paris.
Dr. Terrell exegeted humankind created in the image of God," in her 2007 book Counseling Pregnancy, Politics, and Biomedicine: Empowering Discernment (NY: Haworth Pastoral Press), she has also edited the groundbreaking Paul's Parallels: An Echoes Synopsis.