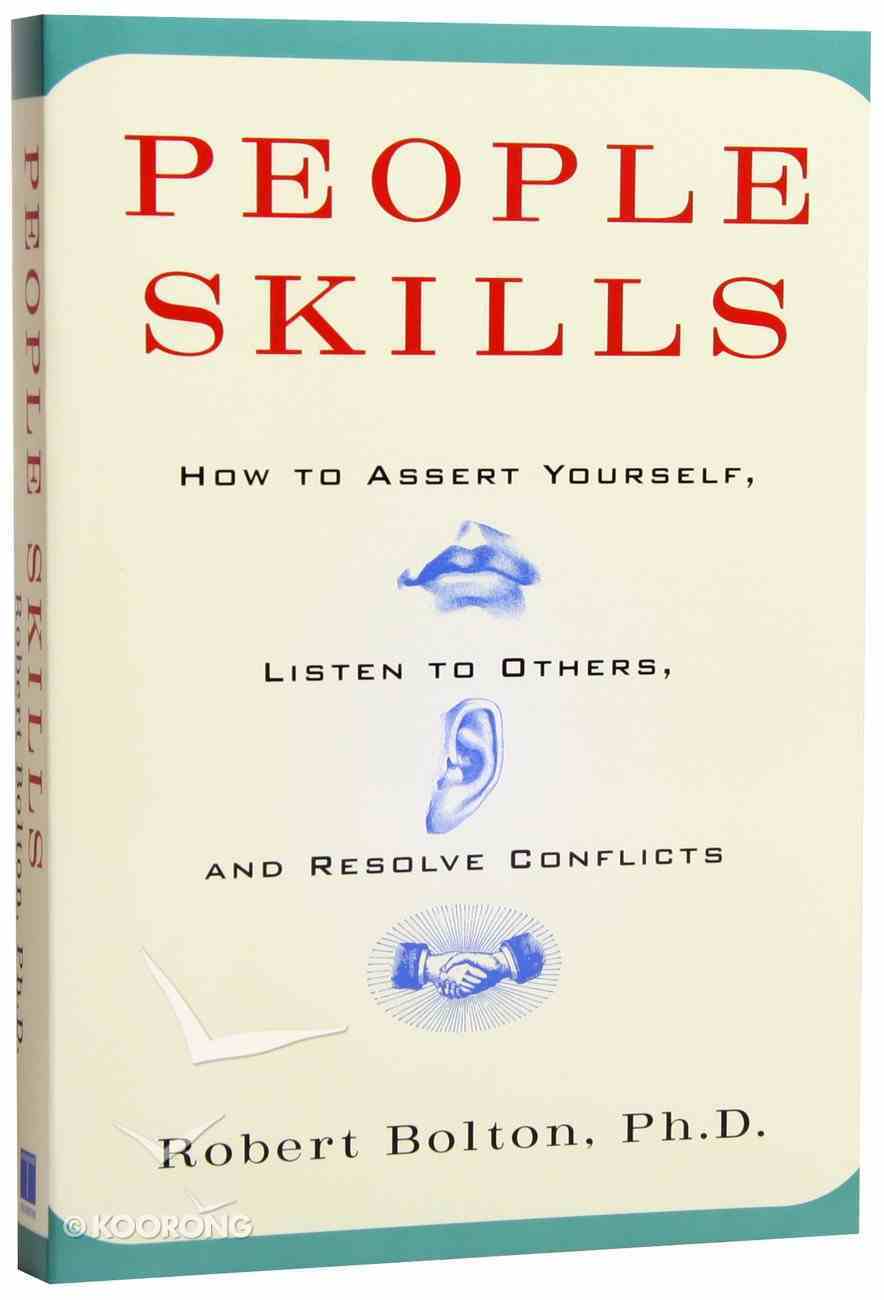 A wall of silent resentment shuts you off from someone you love....You listen to an argument in which neither party seems to hear the other....Your mind drifts to other matters when people talk to you....^"People Skills" is a communication-skills handbook...

Hurt People Hurt People: Hope and Healing For Yourself and Your Relationships
Sandra D Wilson
Paperback

How to Win Friends and Influence People
Dale Carnegie
Paperback

A wall of silent resentment shuts you off from someone you love....You listen to an argument in which neither party seems to hear the other....Your mind drifts to other matters when people talk to you....^"People Skills" is a communication-skills handbook that can help you eliminate these and other communication problems. Author Robert Bolton describes the twelve most common communication barriers, showing how these "roadblocks" damage relationships by increasing defensiveness, aggressiveness, or dependency. He explains how to acquire the ability to listen, assert yourself, resolve conflicts, and work out problems with others. These are skills that will help you communicate calmly, even in stressful emotionally charged situations.^"People Skills" will show you^* How to get your needs met using simple assertion techniques^* How body language often speaks louder than words^* How to use silence as a valuable communication tool^* How to de-escalate family disputes, lovers' qua
-Publisher

CHAPTER ONE Skills for Bridging the Interpersonal Gap I wish I had some way to make a bridge from man to man...Man is all we've got. Cross Daman in Richard Wright'sOutsider COMMUNICATION: HUMANITY'S SUPREME ACHIEVEMENT When one person communicates to another through the medium of language something takes place between them that is found nowhere else in nature. This ability to turn meaningless grunts into spoken and written words constitutes humanity's most important distinction. Language has made possible the development of those characteristics that differentiateHomo sapiensfrom all other creatures. No wonder the German philosopher Karl Jaspers claims, "Man's supreme achievement in the world is communication from personality to personality." THE INEFFECTIVENESS OF MOST COMMUNICATION Although interpersonal communication is humanity's greatest accomplishment, the average person does not communicate well. One of the ironies of modern civilization is that, though mechanical means of communication have been developed beyond the wildest flight of the imagination, people often find it difficult to communicate face-to-face. In this age of technological marvels we can bounce messages off the moon and land space probes on Mars, but we find it difficult to relate to those we love. I have become increasingly aware of the inadequacy of most communication. In our society it is rare for persons to share what really matters -- the tender, shy, reluctant feelings, the sensitive, fragile, intense disclosures. It is equally rare for persons to listen intently enough to really understand what another is saying. Sometimes people fix their gaze on a friend who is talking and allow their minds to wander off to other matters. Sometimes, while the friend speaks, they pretend to listen but are merely marking time, formulating whattheywill say as soon as they discover a way to begin talking. Nathan Miller caustically remarked that "conversation in the United States is a competitive exercise in which the first person to draw a breath is declared the listener." Ineffective communication causes an interpersonal gap that is experienced in all facets of life and in all sectors of society. Loneliness, family problems, vocational incompetence and dissatisfaction, psychological stress, physical illness, and even death result when communication breaks down. In addition to the personal frustration and the heartache resulting from it, the interpersonal gap is now one of the major social problems of our troubled society. THE ACHE OF LONELINESS Many people today yearn for warm, positive, meaningful relatedness to others, but seem unable to experience it. The psychiatrist Harry Stack Sullivan put it this way: The deepest problem of people is loneliness, isolation, and difficulty of self-esteem in our society. Whereas the problem in Freud's early decades was sexual repression, and the chief problem in the early thirties, when Karen Homey wrote, was disguised hostility, today it is loneliness. There are two kinds of aloneness. Solitude can be a creative, joyous, full aloneness. But loneliness is a painful, dead, empty aloneness. Loneliness is being acutely aware of one's isolation and alienation from others. As David Riesman pointed out, when one is not vitally in touch with oneself or others, loneliness can occur even in the midst of a crowd. "Loneliness" -- the sound of the word conveys some of the heartache associated with it. Try saying the word aloud several times in a sorrowful voice: "Loneliness...loneliness...loneliness..." The very word has a melancholy ring to it. It represents much pain for many people. Several reasons have been given for the increased ache of loneliness in modern times. Materialism (finding one's solace in things rather than in people), the mobility of people, uprootedness of families a
-Publisher

Robert Bolton, Ph.D., is president of Ridge Consultants in Cazenovia, New York, a firm that specializes in improving human performance in industry, health care, education, and government. His staff has taught communication skills to thousands of managers, salespersons, first-line supervisors, secretaries, customer-relations personnel, teachers, members of the clergy, health-care workers, couples, and others.