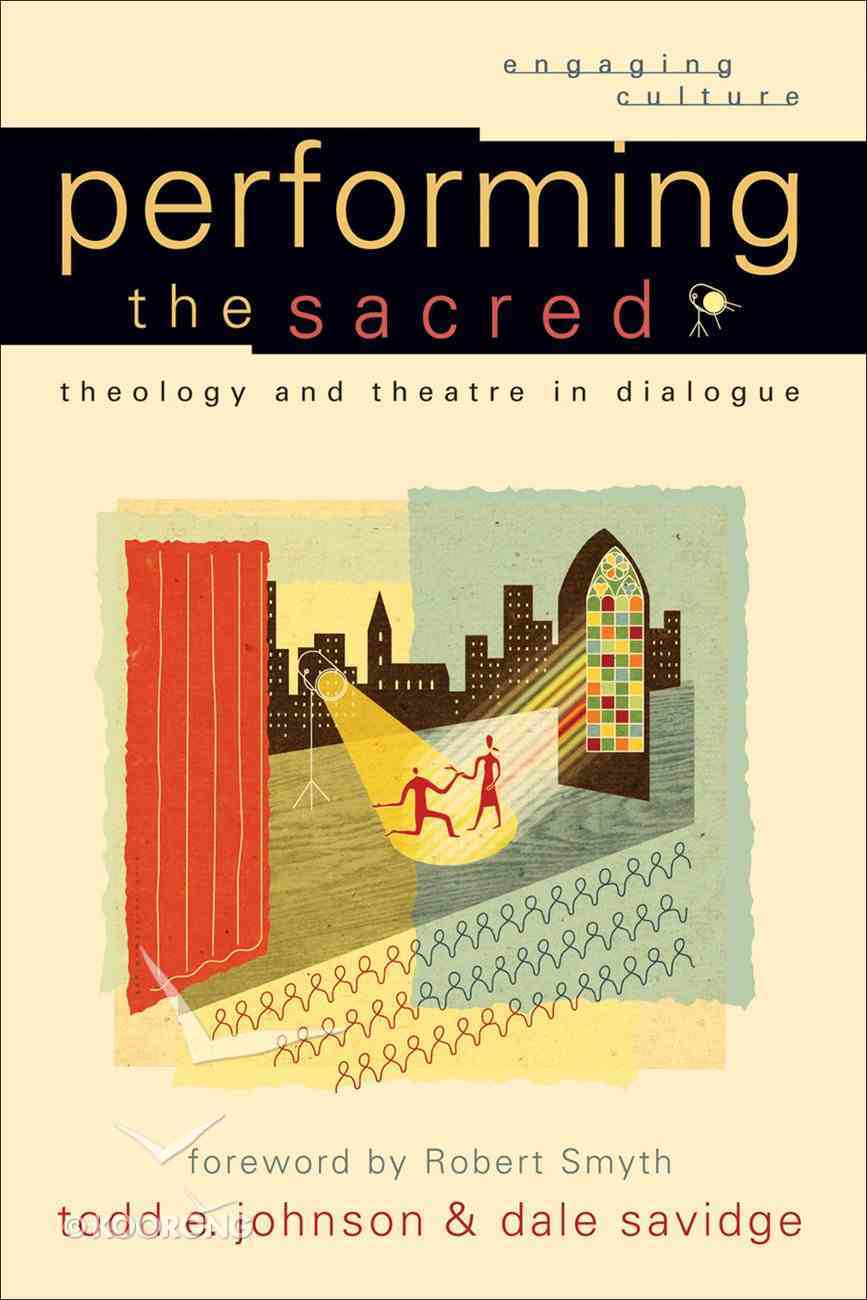 Performing the Sacred is the first book-length exploration of the intersection of theatre and theology, illuminating the importance of preserving live performance in a virtual world. This compelling dialogue unfolds between a theologian and a theatre artist who revisit theatre's...

Proclaiming the Scandal of the Cross
Mark D Baker
eBook

Performing the Sacred is the first book-length exploration of the intersection of theatre and theology, illuminating the importance of preserving live performance in a virtual world. This compelling dialogue unfolds between a theologian and a theatre artist who revisit theatre's rich history and paint a picture of its promising future while building bridges between theatre and Christianity.
^^Theologically, theatre reflects Christianity's central doctrines - incarnation, community, and presence - enhancing the human experience and shedding new light on theology. The authors show how theatre engages viewers on multiple levels, including political, social, religious, personal, intellectual, emotional, and kinesthetic. In theatre, the presence of live human beings speaks of the incarnate nature of God's redemption in Christ and the imago Dei. The communal nature of theatre models the Trinity, while the immediacy and transcendence of theatre performance draw out the presence of God in nature and grace.


^^Performing the Sacred encourages Christians to celebrate, embrace, and experiment with dramatic stories found in Scripture. This Engaging Culture series title will be a key volume for teaching theatre in the academy and influencing drama practitioners, worship leaders, and culture makers.
-Publisher.


Christian theatre has rich roots, from ancient Hebrew dramas to medieval plays, but where does it fit in today's media-saturated society?

Performing the Sacred is a fascinating dialogue between a theologian and theatre artist, offering the first full-scale exploration of theatre and theology. The authors illuminate the importance of live performance in a virtual world, of preserving the ancient art form of storytelling by becoming the story. Theologically, theatre reflects Christianity's central doctrines--incarnation, community, and presence--enhancing the human creative experience and simultaneously engaging viewers on multiple levels.

This Engaging Culture series title will be a key volume for those interested in theatre as well as drama practitioners, worship leaders, and culture makers.
-Publisher

Todd E. Johnson (Ph.D., University of Notre Dame) is the William K. and Delores S. Brehm Associate Professor of Worship, Theology, and the Arts at Fuller Theological Seminary. He is an ordained minister in the Evangelical Covenant Church and the editor of The Conviction of Things Not Seen. and co-author Performing the Sacred: Theology and Theatre in Dialogue.

Dale Savidge (Ph.D., University of South Carolina) is the executive director and founding member of Christians in Theatre Arts (CITA). He is professor of theatre and chair of the theatre arts department at North Greenville University and has traveled the world as a theatre artist. He is the co-author of Performing the Sacred: Theology and Theatre in Dialogue with Todd E. Johnson

Theology That Makes a Difference (Theology For The Life Of The Word Series)
Miroslav Volf, Matthew Croasmun
Hardback