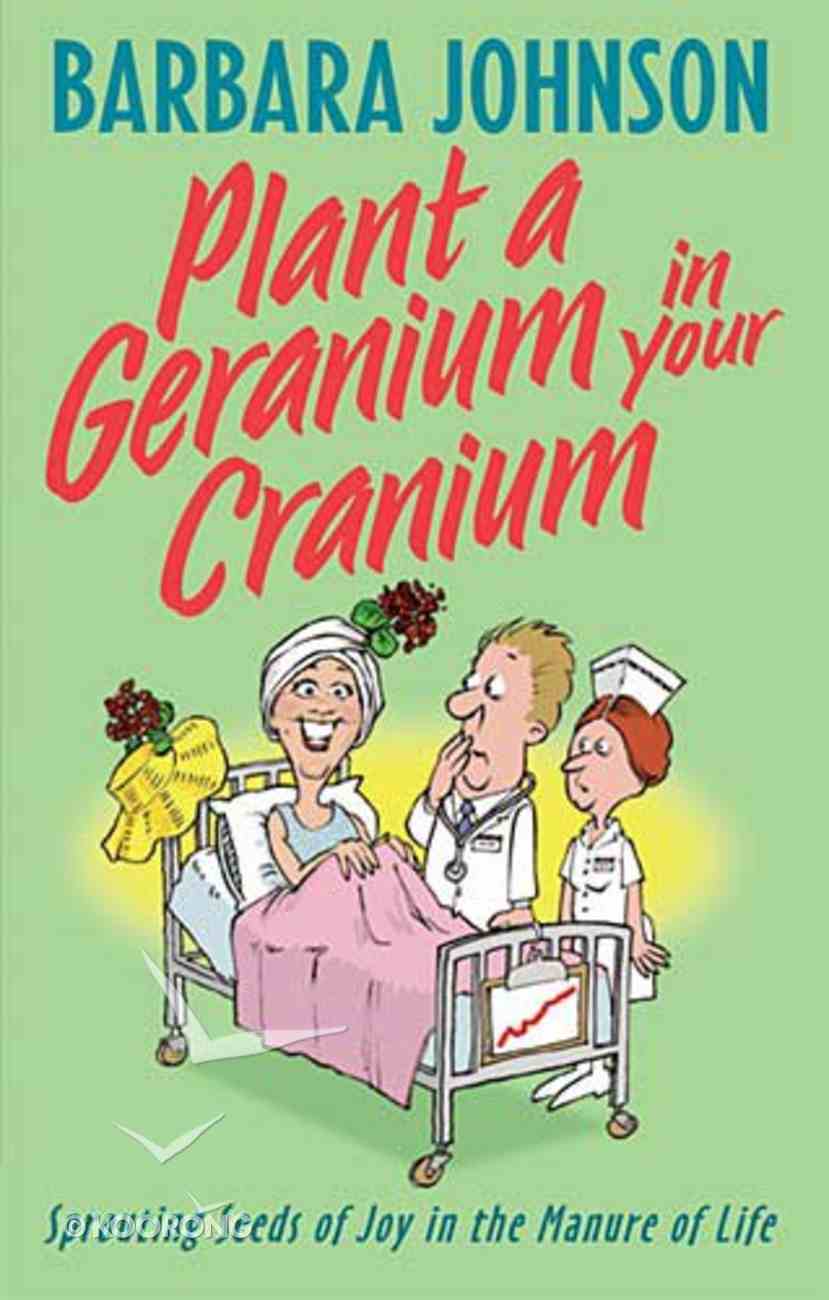 Plant a Geranium in Your Cranium

In this inspiring book, Barbara joyfully shares her journey through a year in which she struggled with cancer. She combines her own experiences with hilarious anecdotes and cartoons sent to her by others who share her belief in the healing...

Stick a Geranium in Your Hat and Be Happy! (2004)
Barbara Johnson
eBook

Splashes of Joy in the Cesspools of Life
Barbara Johnson
eBook

In this inspiring book, Barbara joyfully shares her journey through a year in which she struggled with cancer. She combines her own experiences with hilarious anecdotes and cartoons sent to her by others who share her belief in the healing power of laughter.

You'll laugh and you'll cry as Barbara Johnson, the original "joyoligist," brings even life's most tragic moments into perspective. Best-selling humorist Barbara Johnson is back - and getting back to her roots - with a candid look at life and discovering joy in the midst of trials, including her own unexpected battle with cancer. Using excerpts from inspiring articles and extraordinary letters from her mailbag, Johnson presents one big package of humor, comfort and encouragement that her beloved audiences have come to expect.
-Publisher


Barbara Johnson laughingly lifted millions of readers out of the depths of despair with her book Stick a Geranium in Your Hat and Be Happy. In that classic volume of humor and encouragement, she shared how God's gift of joy helped her survive the deaths of two sons and the eleven-year estrangement of another son who was lost in the homosexual lifestyle.


Now that same laughter-lined attitude has sustained Barbara during a life-threatening battle with cancer?a battle in which she never lost her bubble of joy. Plant a Geranium in Your Cranium is the inspiring yet funny story of Barbara's journey through a year of illness, frustration?and abundant humor. It's a joyful chronicle of her own experiences combined with dozens of hilarious anecdotes and cartoons sent to her by others who share her belief in the healing power of laughter.