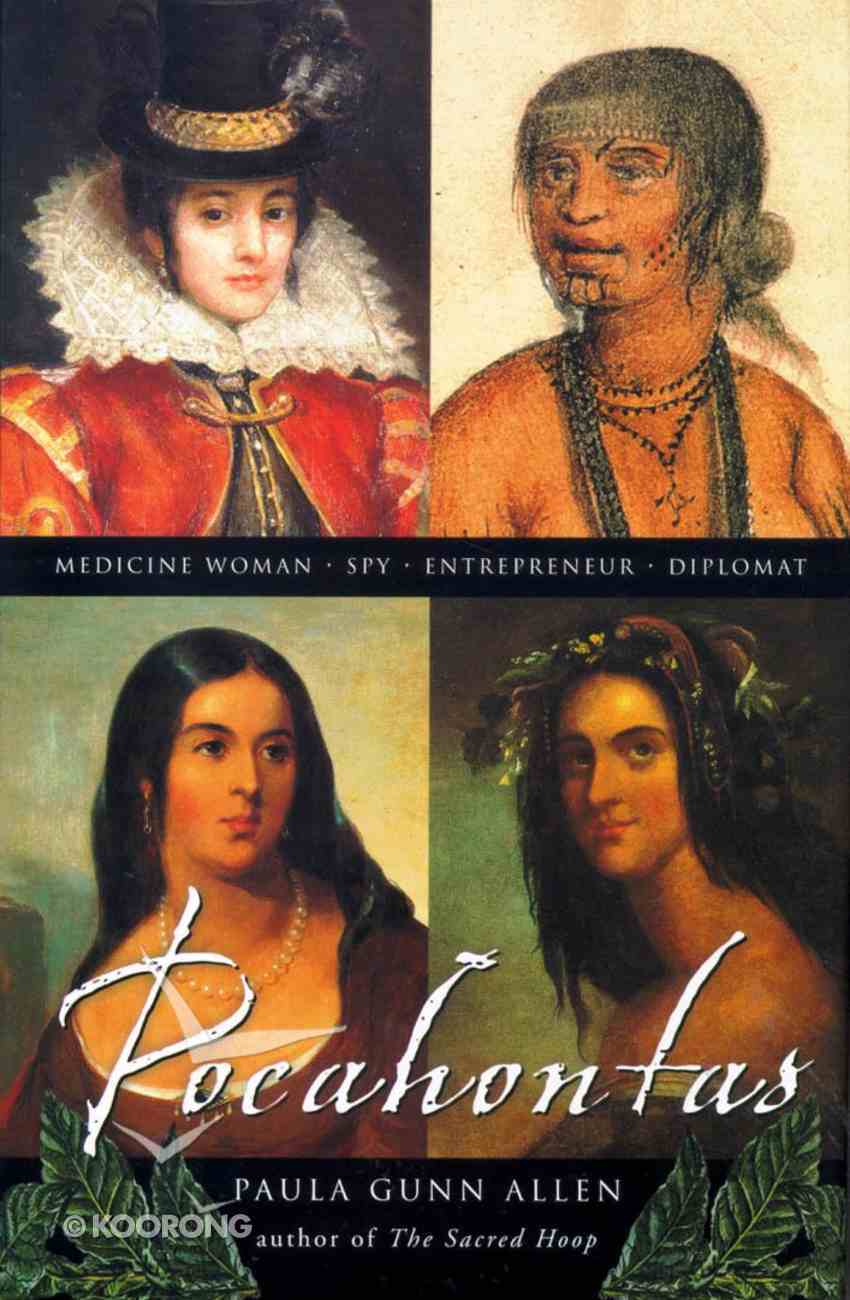 Dancing With Thieves: One Woman's Incredible Journey From the World of Theatre to the Streets, Slums and Prisons of Sao Paulo, Brazil.
Cally Magalhes
Paperback

Upon This Rock: The Sacrifices of a Japanese Nurse For a Young Church
Eric Gosden
Paperback

In striking contrast to conventional accounts, Pocahontas is a bold and daring biography that attempts to tell the extraordinary story of the beloved Indian maiden from the Native American perspective. Drawing from sources often overlooked by Western historians, Dr. Paula Gunn Allen offers remarkable new insights into the adventurous life and sacred role of this foremost American heroine.


We have all heard about the love-struck Pocahontas saving the dashing Captain John Smith from execution by the Chief of the Powhatans, but what if the whole event was a staged ritual of his death as a foreigner and his rebirth as an adopted member of the Powhatan Nation? Settlers at Jamestown report a young, cartwheeling Pocahontas frequently at their fort, but could the innocent-looking visitor actually have been a spy -- reporting back to her elders what she saw there? Was Pocahontas willingly kidnapped by the British settlers in exchange for corn and other ransom from her tribe, or was this a part of her more elaborate plan? We have been taught that this amazing woman was later baptized a Christian and married in the church at Jamestown, yet she helped her husband, John Rolfe, grow and export tobacco -- a powerful, indigenous herb to which the Native Americans attributed shamanic powers. Finally, the "Indian Princess," now known as Lady Rebecca Rolfe, traveled to England for an audience with King James I and Queen Anne. Was this a publicity stunt orchestrated by the English backers of the Virginia colony, or was Pocahontas fulfilling her role as a "Beloved Woman," an honor designated to a female of great spiritual power who was to be trained from birth in the diplomatic and political ways of her tribe?


Pocahontas became an extraordinary ambassador, forming groundbreaking relations between the Indians, the American colonists, and the British. Dr. Gunn Allen convincingly argues that through all of this, Pocahontas fulfilled a crucial and essential role in the birth of a New World. This stunning portrait presents the fascinating, untold story of one of the most romantic and beloved figures in American history, and reveals why so many have revered Pocahontas as the female counterpart to George Washington, the true "Mother of Our Nation."

Of Laguna Pueblo and Sioux descent, Allen is one of the best-known Native American writers and critics and cousin to another, Leslie Marmon Silko. She was born in Cubero, New Mexico, in 1939. She has published numerous volumes of her own poetry, fiction, and nonfiction. She has edited two important collections of Native American writing. She has received grants from the National Endowment for the Arts, the Ford Foundation, and the University of California at Los Angeles, where she was a postdoctoral fellow in American Indian Studies. As a woman, a lesbian, and a Native American in a culture that is often sexist, homophobic, and racist, Allen knows what it is to be oppressed. She has devoted much of her work to combating that oppression by critiquing the ideas that have sanctioned it and by affirming her identities. The Woman Who Owned the Shadows (1983), is about a woman who comes to realize that she is a lesbian. Allen explores and affirms for women and lesbians the ideas of Spider Grandmother who, in many Native American traditions, is the creator of the heavens, the earth, and all the spirit beings, and therefore an icon of female power. The Sacred Hoop (1986), is a collection of essays written over a number of years that explicitly argue that Native American literature, traditions, mythology, and spirituality can be powerful antidotes to white racism, sexism, and homophobia. Allen is currently a professor of Native American Studies and Ethnic Studies at the University of California, at Berkeley.

Swift and Beautiful: The Amazing Stories of Faithful Missionaries
David B Calhoun
Paperback