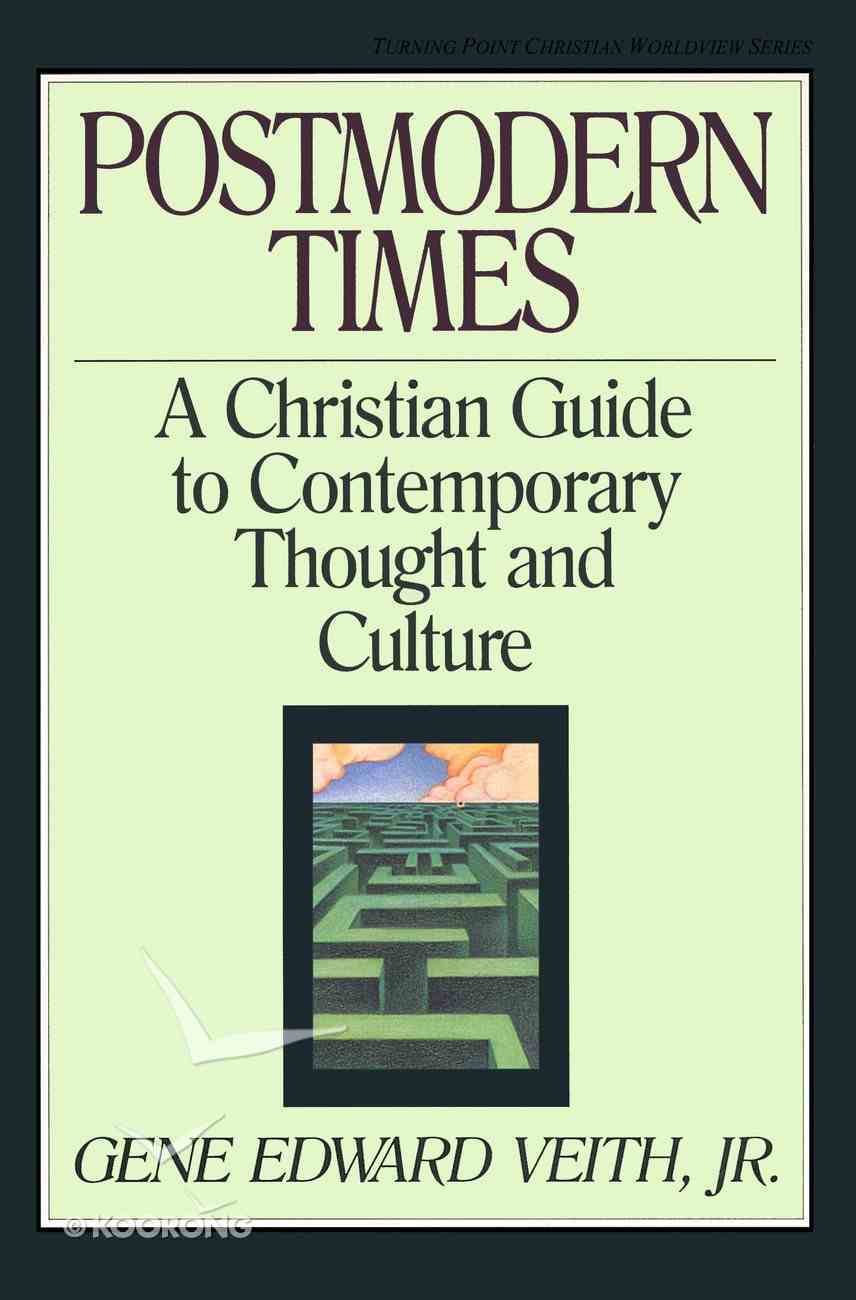 1. There Are No Absolutes^2. From The Modern To The Postmodern^3. Constructing And Deconstructing Truth^4. The Critique Of The Human^5. Playing With Conventions: Art And Performance^6. Towers Of Babel: The Example Of Architecture^7. Metafictions: TV, Movies, And Literature^8. The New...

1. There Are No Absolutes^2. From The Modern To The Postmodern^3. Constructing And Deconstructing Truth^4. The Critique Of The Human^5. Playing With Conventions: Art And Performance^6. Towers Of Babel: The Example Of Architecture^7. Metafictions: TV, Movies, And Literature^8. The New Tribalism^9. The Politics Of Power^10. Everyday Postmodernism^251 Pages^^^^^^
-Publisher

The modern era is over. Assumptions that shaped twentieth-century thought and culture, the bridges we crossed to this present moment, have blown up. The postmodern age has begun. ^Just what is postmodernism? The average person would be shocked by its creed: Truth, meaning, and individual identity do not exist. These are social constructs. Human life has no special significance, no more value than animal or plant life. All social relationships, all institutions, all moral values are expressions and masks of the primal will to power. ^Alarmingly, these ideas have gripped the nation's universities, which turn out today's lawyers, judges, writers, journalists, teachers, and other culture-shapers. Through society's influences, postmodernist ideas have seeped into films, television, art, literature, politics; and, without his knowing it, into the head of the average person on the street. ^Christ has called us to proclaim the gospel to a culture grappling with postmodernism. We must un
-Publisher

Gene Edward Veith, Jr., (Ph.D. in English from the University of Kansas) is Director of The Cranach Institute at Concordia Theological Seminary. He is the Culture Editor of WORLD MAGAZINE and was formerly Professor of English at Concordia University Wisconsin. He is the author of numerous books, including Postmodern Times: A Christian Guide to Contemporary Thought and Culture, The Soul Of The Lion, The Witch and The Wardrobe, The Spirituality of the Cross: The Way of the First Evangelicals, and God at Work: Your Christian Vocation in All of Life.Postmodern Times received a Christianity Today Book Award as one of the top 25 religious books of 1994. He was named Concordia's Adult Learning Teacher of the Year in 1993 and received the Faculty Laureate Award as outstanding faculty member in 1994. He was a Salvatori Fellow with the Heritage Foundation in 1994-1995 and is a Senior Fellow with the Capital Research Center. He was given the layman's 2002 Robert D. Preus Award by the Association of Confessional Lutherans as "Confessional Lutheran of the Year."