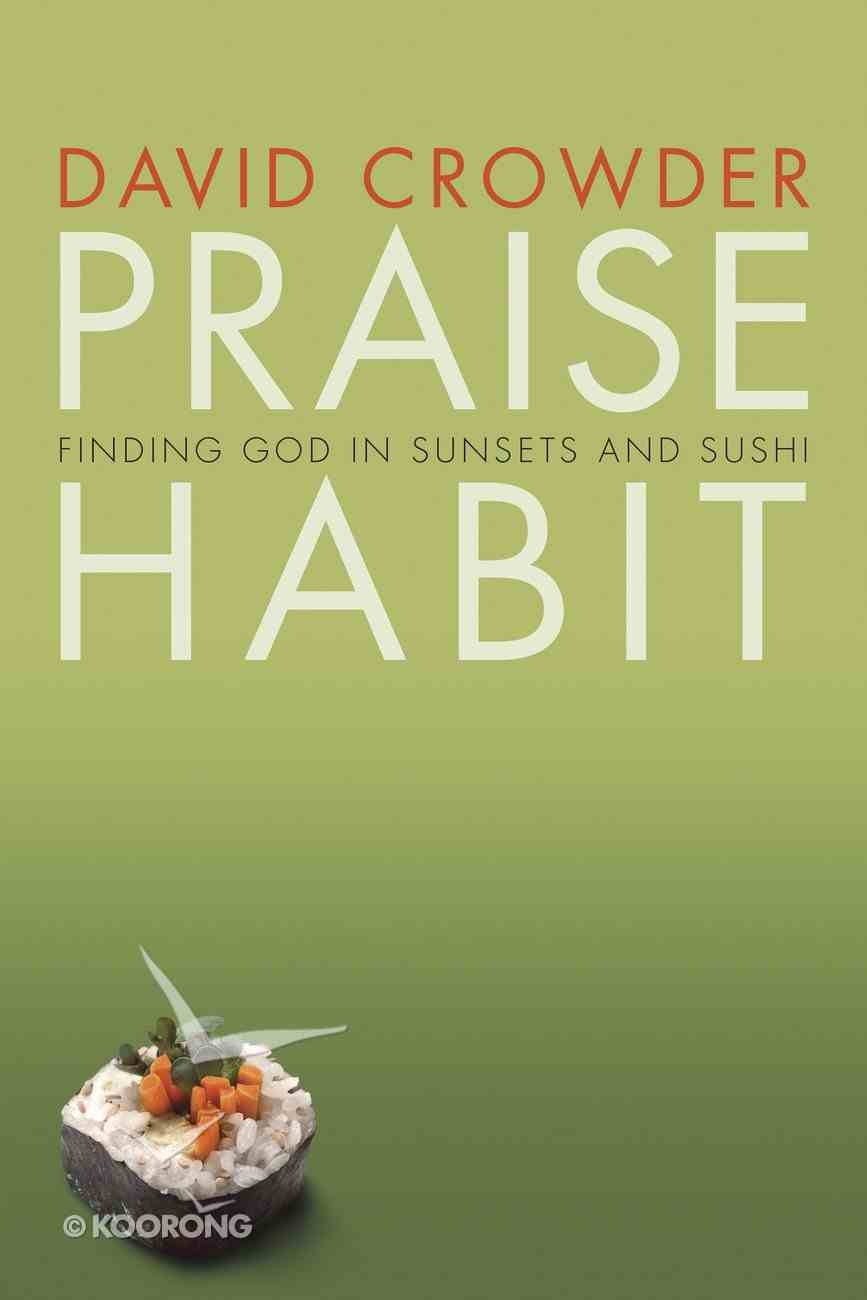 Bound to Be Free
D A Horton
Paperback

Resurrecting Religion: Finding Our Way Back to the Good News
Greg Paul
Paperback

Dancing in No Man's Land: Moving With Peace and Truth in a Hostile World
Brian Jennings
Paperback

Is God Really in Control?: Trusting God in a World of Terrorism, Tsunamis, and Personal Tragedy
Jerry Bridges
Paperback

The Fruitful Life: The Overflow of God's Love Through You
Jerry Bridges
Paperback

Praise is something we are, not something we do. This book reflects on psalms from The Message//Remix and explains how to develop a habit of praise in your everyday life. Learn a new way of thinking about praise focusing on it as a lifestyle, not an event.
-Publisher

David Crowder is a best-selling recording artist and author of Praise Habit (NavPress). When he's not touring with he David Crowder Band, he enjoys spending time with his wife at their home in Waco, Texas, where he attended Baylor University and helped found University Baptist church.

Extended bio: When he realized that almost half of his fellow students at Baylor University were not attending church, David Crowder partnered with Chris Seay and started University Baptist Church in 1996. David led worship there with his band and he began writing songs to incorporate into the worship times.

Eventually the church released an independent CD, Pour Over Me, followed by All I Can Say in 1999. These CDs brought the band to a wider audience and invitations to festivals and events followed. The band is signed to sixstepsrecords/Sparrow Records and has released numerous other albums.

In September 2005, the band explored a new realm of musical diversity in their album, A Collison, combining a mix of bluegrass, folk, alternative, and worship, woven together with a touch of electronic ambience. This release landed them the #2 spot on the iTunes Music Store and the #39 spot on Billboard 200 only one day after its release.

The band tours the United States continuously, performing at various locations. These events include Fusion and Leadnow conferences, which are created by Rightnow, a division of BluefishTV. The band still makes it back to their home church in Waco, Texas almost every Sunday.

Their other albums include The Green CD, The Yellow CD, Iluminate, Sunsets & Sushi and Collision. They also released the song, Turkish Delight, on the Music Inspired by the Chronicles of Narnia compilation CD.