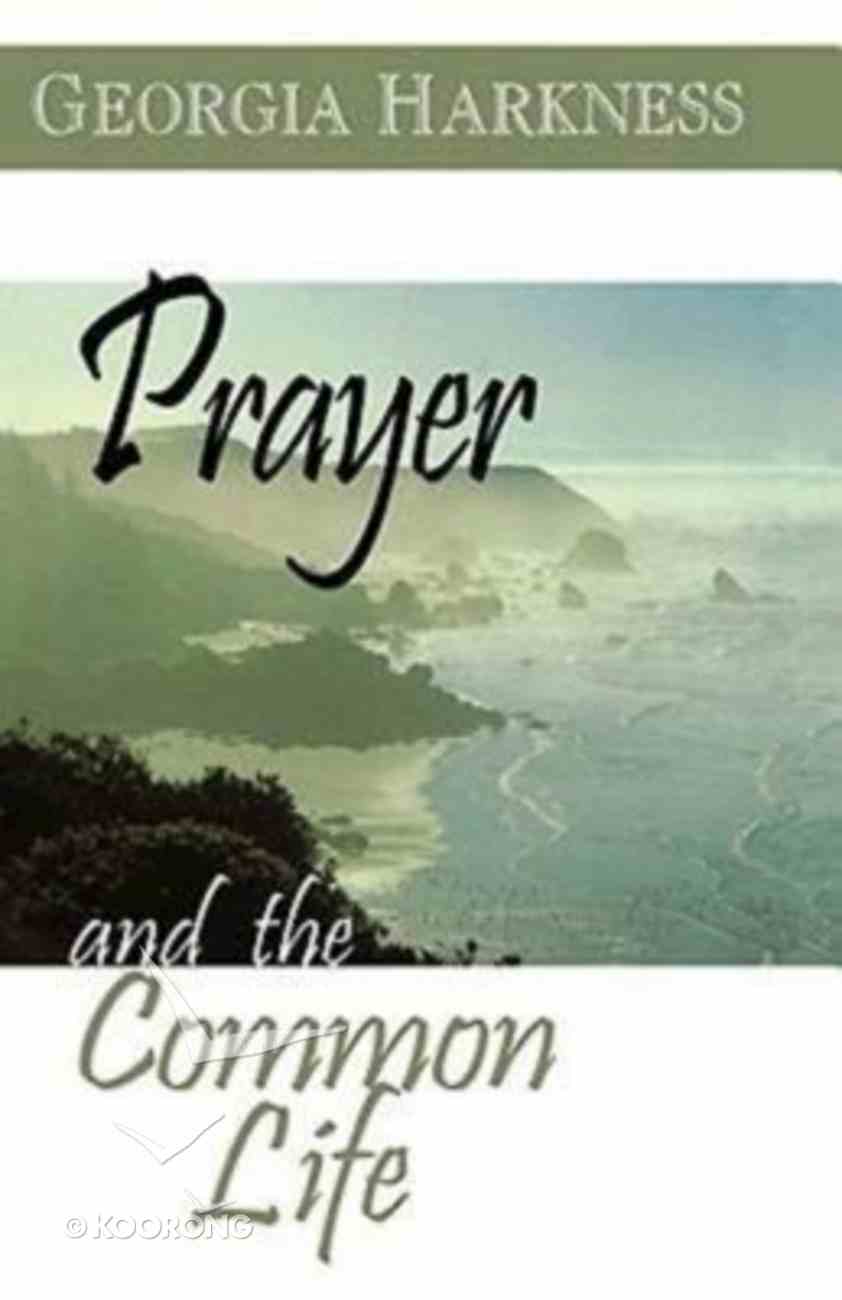 Prayer and the Common Life

In Prayer and the Common Life , pioneering theologian Georgia Harkness argues that in response to the troubles of the world around usâ€"one that is consumed with materialism, constantly at war, and filled with social injustices of all kindsâ€"what is...

The Book of Not So Common Prayer
Patrick Moore, Linda McCullough Moore
eBook

Teach Us to Pray: The Lord's Prayer in the Early Church and Today
Justo L Gonzlez
Paperback

Understanding the Purpose and Power of Prayer: How to Call Heaven to Earth
Myles Munroe
Paperback

Christ the Merciful: Enriching Your Faith and Prayer Life Through the Many Names of Jesus
Victor-antoine D'Avila-latourrette
eBook

The Complete Guide to the Prayers of Jesus: What Jesus Prayed and How It Can Change Your Life Today
Janet Holm McHenry
Paperback

In Prayer and the Common Life, pioneering theologian Georgia Harkness argues that in response to the troubles of the world around usâ€"one that is consumed with materialism, constantly at war, and filled with social injustices of all kindsâ€"what is most needed is a revitalization of â€œvital, God-centered, intelligently groundedâ€ prayer.Â


Instead of prayer that merely insulates one from the world, focusing on psychological states or absolving a person from taking action, Harkness advocates prayer that â€œmakes a difference in the common lifeâ€â€"that is, prayer that transforms both the person praying and the world for which he or she prays.Â  The problem, says Harkness, is that many people simply have never experienced this kind of transforming prayer and have become skeptical about the effectiveness of prayer in their lives.Â  She therefore describes â€œvitalâ€ prayer from three directions. The â€œfoundationsâ€ of prayer relate prayer to the basic structures of Christian faith and show how prayer includes elements of adoration, thanksgiving, confession, petition, intercession, commitment, assurance, and ascription to Christ.Â  The â€œmethodsâ€ of prayer include hindrances to prayer as well as suggestions of how it may be engaged in both private devotions and congregational worship.Â  And the â€œfruitsâ€ of prayer center on the ways vital, transforming prayer can contribute to peace in oneâ€™s life and in the world.Â


Written in the same accessible style that characterizes her other works, Georgia Harknessâ€™s Prayer and the Common Life addresses concerns that are still relevant to todayâ€™s readers.


Â -- Journal of Bible and Religion


â€œThis marches straight toward its goal, which is to provide a manual â€¦ for people who want to pray but know not how.â€

All Israel Shall Be Saved: Praying For the Redemption of Israel
Jill Curry
Paperback