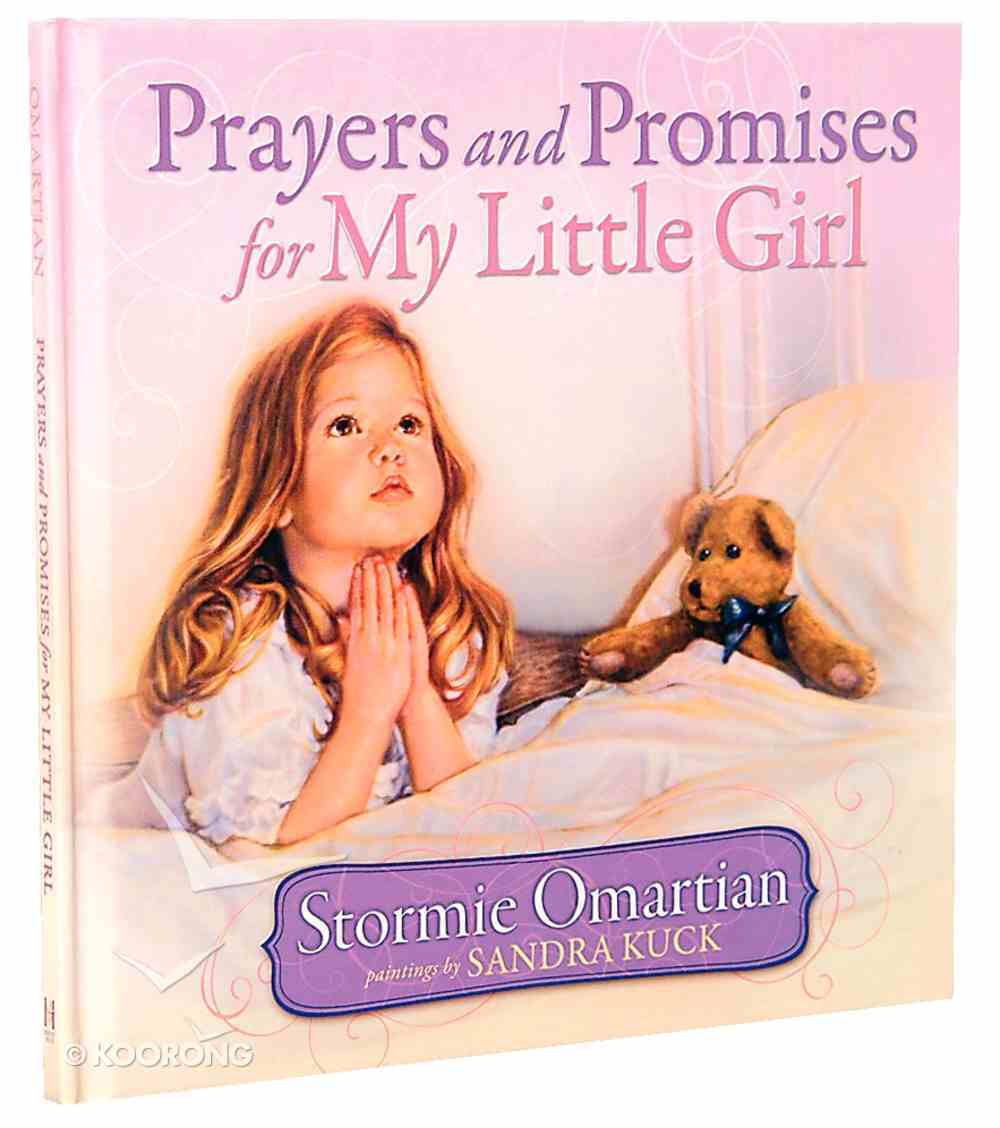 Prayers and Promises For My Little Girl

Stormie Omartian, bestselling author of The Power of Praying Parent , turns her heart and attention toward little girls. Her loving and inspired prayers, interspersed with promises and blessings from Scripture, encourage every parent, grandparent, and special caregiver to pray...

4 available
Expected to ship within 9 hours from Australia.
Learn More
Free Shipping
for orders over $99.

For This Child I Prayed (Girl On Cover)
Stormie Omartian
Hardback

50 Women Every Christian Should Know: Learning From Heroines of the Faith
Michelle Derusha
Paperback

Stormie Omartian, bestselling author of The Power of Praying Parent, turns her heart and attention toward little girls. Her loving and inspired prayers, interspersed with promises and blessings from Scripture, encourage every parent, grandparent, and special caregiver to pray for these dear ones. Each page is beautifully illustrated by celebrated, award-winning artist Sandra Kuck. With the combined talent these two remarkable women hold, this gift book is destined to become a precious keepsake. The little girl, who hears such prayers and promises being whispered for her health and protection, faith and future, will draw close to the one praying - finding a safe haven within those loving arms.

Sandra Kuck has the unprecedented honor of being an eight-time winner of "Artist of the Year" from the National Association of Limited Dealers. Her art is featured in the highly successful books Angel Kisses, God's Little Wonders, Treasured Friends, To My Child, and What Are Little Girls Made of, in addition to collectible plates, prints, greeting cards, and gift bags.

God Will Carry You Through
Max Lucado
Hardback