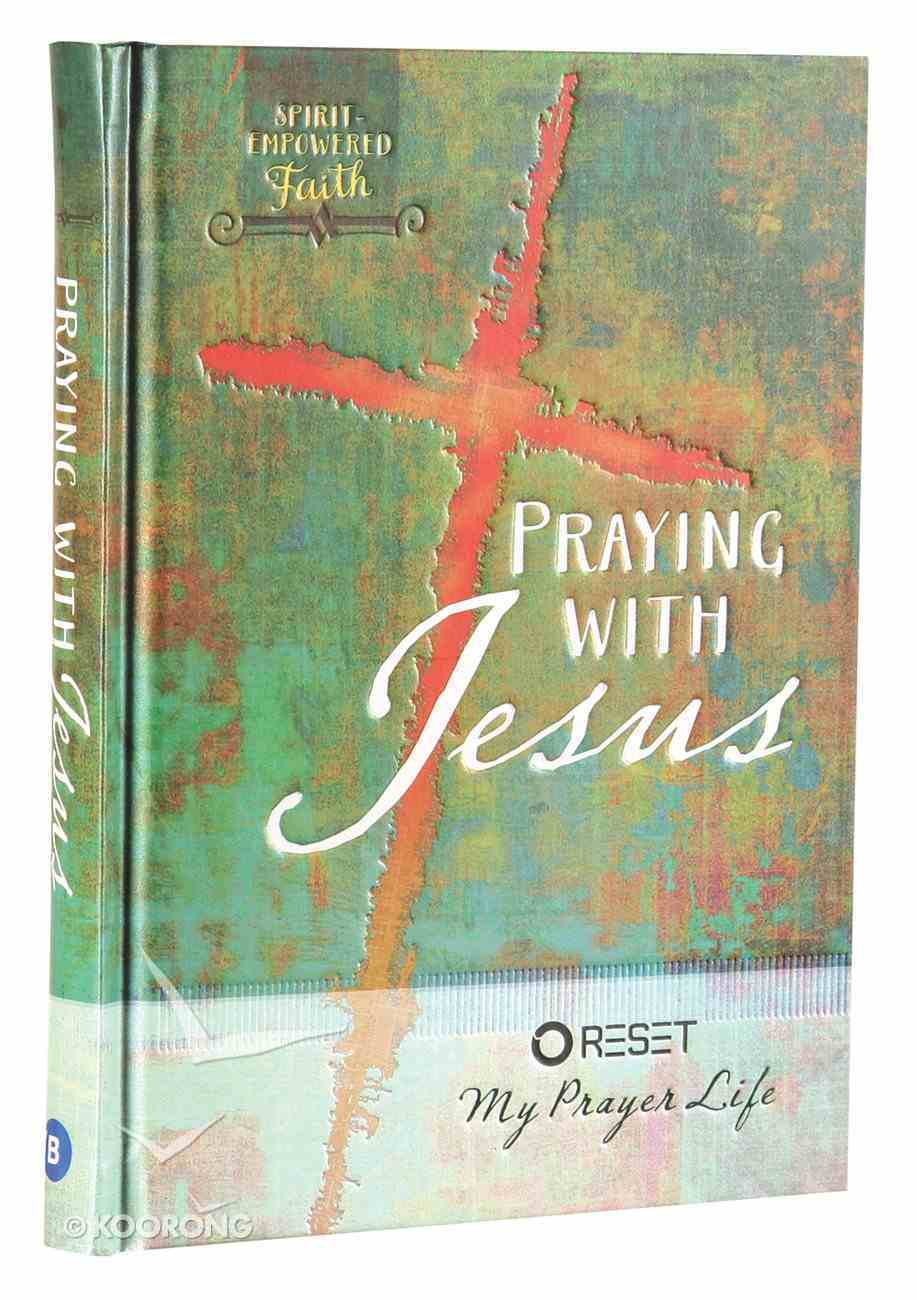 Scripture tells us that Jesus lives to make intercession; he lives to pray! What would it mean for your prayer life if you were to join Jesus in prayer? With contributions from leading authorities on prayer, this book will help...

Awaken: 90 Days With the God Who Speaks
Priscilla Shirer
Paperback

Scripture tells us that Jesus lives to make intercession; he lives to pray! What would it mean for your prayer life if you were to join Jesus in prayer? With contributions from leading authorities on prayer, this book will help you attune to what Jesus is praying for.

Jesus is praying, but are we praying with Him?

We may pray because Jesus told us to pray, or because He modeled prayer. Maybe we pray when situations are desperate. Prayer is the right thing to do, but there is so much more to this mysterious conversation, this divine opportunity.

Scripture tells us that Jesus lives to make intercession; He lives to pray! If you listen closely, you'll hear what He is praying for: the burdens of your heart, the needs of your life-the Savior is praying for you.

Jesus made a vulnerable request at the darkest hour of His life, asking His friends to pray with Him. But instead of praying, they fell asleep. Prayer is primarily relational. Jesus talks to God on our behalf, but is He praying alone? What would it mean if we joined Jesus in prayer

Praying with Jesus will RESET your prayer life.

For over 17 years, Dr. Ronnie Floyd has been leading thousands to Jesus Christ through his Invitation to Life Ministry in Northwest Arkansas. As senior pastor of First Baptist Church of Springdale, AR and pastor of The Church at Pinnacle Hills in Rogers, AR - churches with a combined attendance of 14,000 - Dr. Floyd also reaches homes across the nation and beyond with his dynamic and powerful message of hope, obedience to Christ, and love, televised on WGN Superstation, FamilyNet Television, Sky Angel, and the Church Channel on Direct TV.

Pastor Samuel Rodriguez stands recognized as one of the world's most sought after speakers. From Promise Keepers to Manpower, Winterfest to BattleCry, Gateway Church to keynoter for the Assemblies of God, Church of God, Foursquare, Texas Baptist, Oak Cliff, Potter's House, Living Word, C3 and others; Pastor Sam's message stands embraced by all generations and ethnicities.

David is a much sought after conference speaker both nationally and internationally. He serves on several Boards of Directors and committees focused on prayer, revival and evangelism including:

Dave received a Bachelor of Arts degree from Lincoln Christian College (1975), and Bachelors (1978) and Masters (1982) from Indiana State University. In 2014 he received the Doctor of Philosophy in Theology (PhD) from Atlantic Coast Theological Seminary. From 1974-1992, Dave served in various pastoral roles in local churches. In 1993 Dave and his wife, Kim, launched Harvest Prayer Ministries.

All Israel Shall Be Saved: Praying For the Redemption of Israel
Jill Curry
Paperback