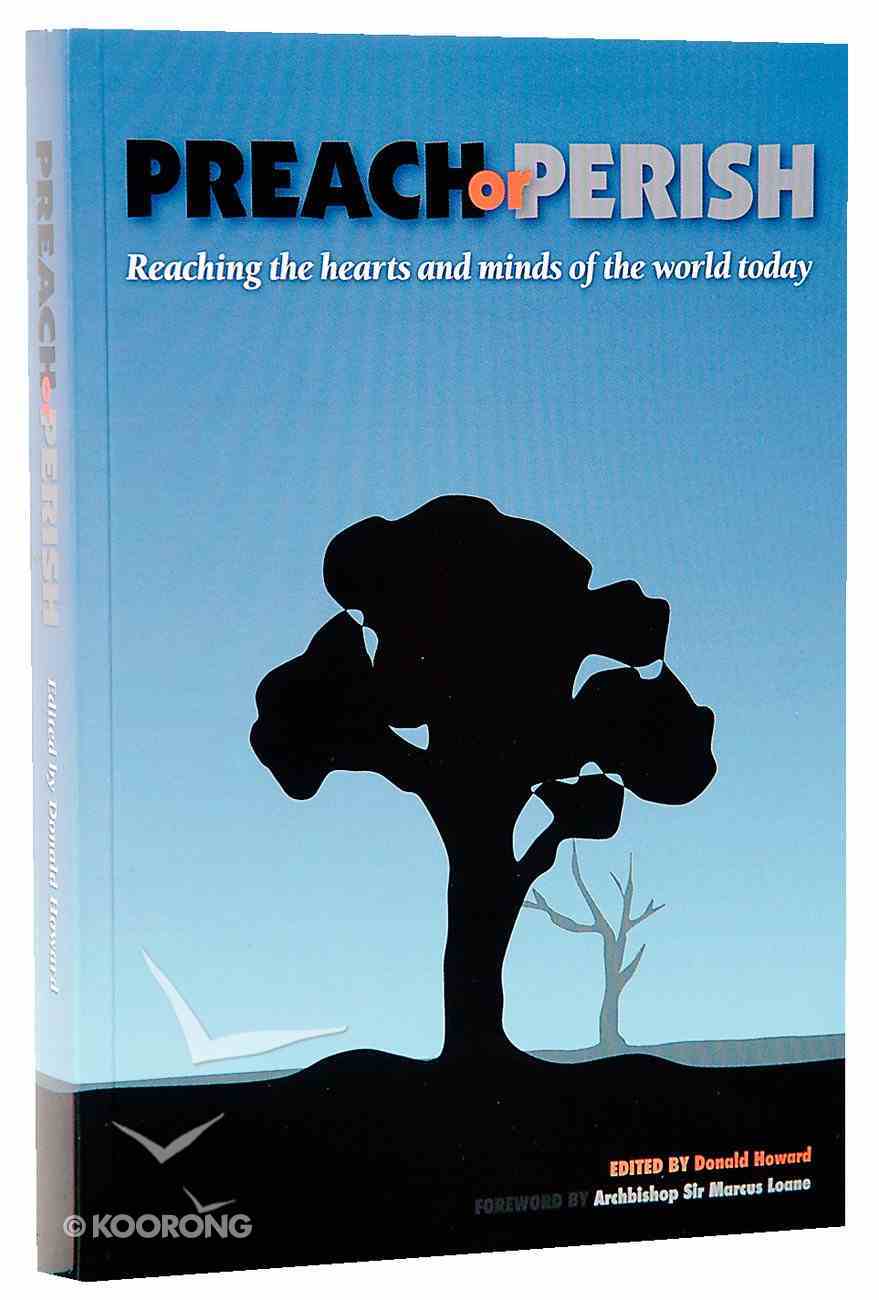 3 available
Expected to ship on Monday from Australia.
Learn More
Free Shipping
for orders over $99.

This book edited by Donald Howard has a twofold aim: to encourage preachers in their calling and to make readers value the dynamic relationship which should exist between pulpit and pew.
-Publisher

David is a Presbyterian minister, having served in both Wee Waa and Ashfield. He is a graduate of Sydney Missionary and Bible College (SMBC) and Moore Theological College. Prior to formal studies and pastoral ministry David worked in the Economic Research Department of the Reserve Bank. He is the Director of SMBCs School of Preaching and speaks at Christian conventions throughout Australia and overseas. David lectures in preaching and pastoral subjects. He has recently written Teaching Acts and The unheeded Christ.

Tony Nichols was Anglican Bishop of NW Australia 1992-2003 and is now an honourarylecturer at Trinity College in Perth. He worked for CMS for 20 years

David Johnson has been the senior pastor at Church of the Open Door in Maple Grove, Minnesota, since 1980. During this time, the church has grown from a congregation of 160 to 3,000 people. A much sought-after speaker, he is a graduate of Bethel College and received his theological training at Bethel Seminary and Trinity Evangelical Divinity School. His Growing in Grace radio broadcast in syndicated internationally. David and his family live in Minnesota.

Sir Marcus Loane was formerly Anglican Archbishop of the Diocese of Sydney, the first Australian to do so and Primate of Australia. He made a significant contribution to evangelical Anglicanism as Principal of Moore Theological College and through his acclaimed biographical publications Cambridge and the Evangelical Succession; Oxford and the Evangelical Succession; Masters of the English Reformation; Three Faithful Servants and a number of series of published expository sermons.
Koorong -Editorial Review.

John Chapman (1930-2012) - affectionately known as 'Chappo' - was a well known evangelist, Bible teacher, and author of the best-selling A Fresh Start and Know and Tell the Gospel.
For 25 years, he was the Director of the Anglican Department of Evangelism in Sydney. In his 'retirement', he continued to teach at Bible colleges, to speak at conventions around the world, and to find time for the occasional game of tennis and golf. His other publications include A Sinner's Guide to Holiness; Making the Most of the Rest of Your Life and Setting Hearts On Fire.

Dr Knox was the Principal of Moore Theological College in Sydney from 1959 to 1985. He is the author of The Everlasting God; Sent by Jesus; and Not by Bread Alone

Kel Richards is a veteran Australian journalist, author and broadcaster, heard every weekday on Sydney radio.
He is the author of a number of children's books - The Case of the Vanishing Corpse, The Sherlock Holmes Tale of Terror Series(4 vols), Moonlight Shadows, and Father Koala's Fables.


His adult apologetic and evangelistic books include Forgiving Hitler, Defending the Gospel, Jesus On Trial, Journey Towards God, and Two Roads.
- Editorial Review.

The Supremacy of God in Preaching (& Expanded)
John Piper
Paperback