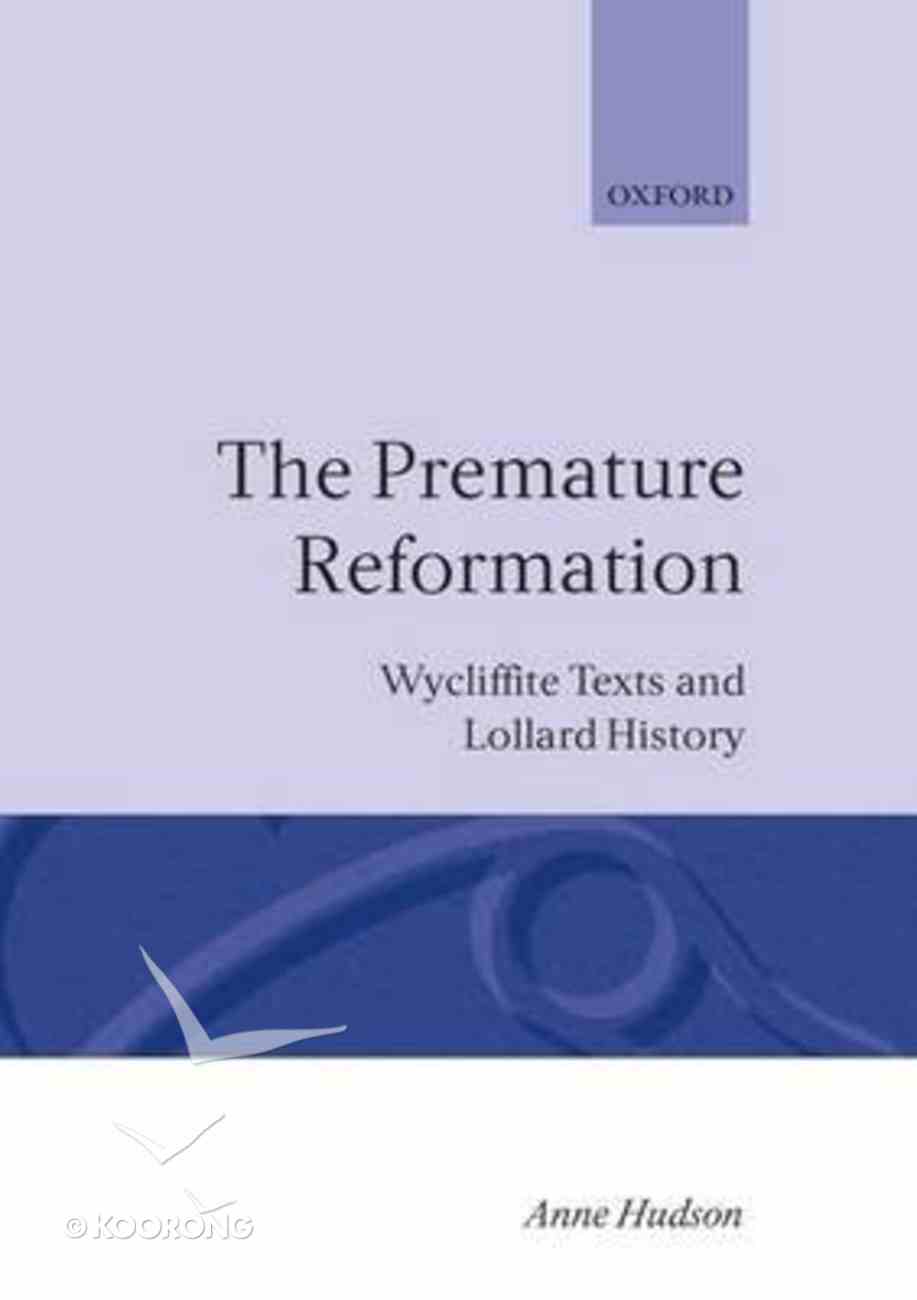 by A Hudson
Hardback|Jul 1988
Product Rating: 0

"A magisterial work...Densely packed with new and exciting information, much of it gleaned from unused manuscripts in the libraries of Oxford and Prague, displaying an astonishing degree of familiarity with secondary literature, it can safely be said that nobody but...

"A magisterial work...Densely packed with new and exciting information, much of it gleaned from unused manuscripts in the libraries of Oxford and Prague, displaying an astonishing degree of familiarity with secondary literature, it can safely be said that nobody but its author could have written this book, and it is hard to imagine that another overall study of the Wycliffite movement after Wyclif will be needed during the present century....One of the most stimulating books on real history produced during the 1980s."--Albion "If Anne Hudson is right, and I believe she is, she has done more than reveal the essence of Wycliffism, she suggests a completely new way of viewing the English Reformation."--Sixteenth Century Journal "One of the great pleasures of Hudson's work is her integration of the history and ideology of the movement with the twists of politics and the shifts in society and her attention to other of the period's dramatis personae....A splendid book."--Anglican Theological Review "What is best about this book is that it revises our whole estimate of Wyclif and the Lollards by its careful treatment of publications which are, written with both zeal and bigotry, extreme and have prompted one-sided, inaccurate views of the bitter religious controversies. The basis of the Reformation has been substantially revised."--Bibliotheque d'Humanisme et Renaissance "A quite epoch-making book...which at once subverts established theory, exposes an entirely new area of knowledge for study, reminds us of what was so good about traditional philosophy, and...turns the tables on historians. What [Hudson] has done is to read and interpret the entire vernacular corpus of Lollard material."--London Review of Books
-Publisher

This is the most complete account yet of Lollardy, the medieval English heretical movement derived from the ideas of John Wyclif that anticipated many of the ideas and demands of sixteenth- and seventeenth-century reformers and Puritans. Considering new evidence--such as texts composed or assembled by adherents of Lollardy, episcopal records, chronicles, and tracts written against Wyclif and his followers--Hudson offers an exceptionally coherent picture of the movement, sheds new light on the reasoning that lay behind the radical opinions of Wyclif's disciples, and demonstrates that the concern shown by ecclesiastical authorities may have been justified.
-Publisher

Annabel Hudson left her job as a City Lawyer to take up children's book illustration and has previously worked with Macmillan, Puffin and Ladybird.