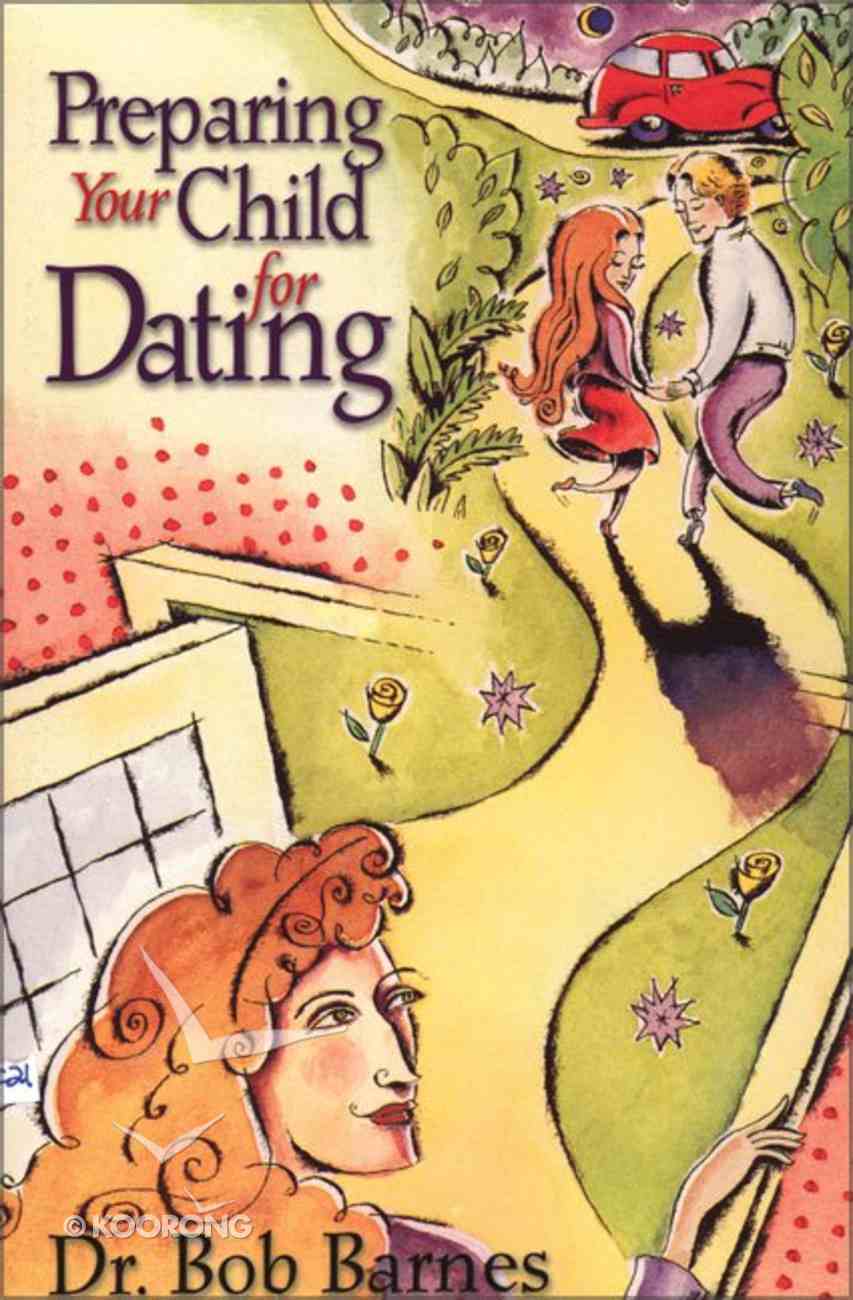 Preparing Your Child For Dating

Barnes explains how toopen a healthy dialogue between teen and parent so thatdating becomes a way to learn skills that will last alifetime and that will become significant in marriage. Hecovers many areas, including why dating is important; how toteach...

Give Them Wings: Preparing For the Time Your Teen Leaves Home
Carol Kuykendall, Krista Gilbert
Paperback

Barnes explains how toopen a healthy dialogue between teen and parent so thatdating becomes a way to learn skills that will last alifetime and that will become significant in marriage. Hecovers many areas, including why dating is important; how toteach the lessons of responsibility, purity and safety;roles of group, double, and single dating; and why curfewsare important.

This book empowers parents to prepare their children for dating by answering questions such as, What is the purpose of dating? When should a child date? Who should he or she date? Where should they go and what should they do on a date?
-Publisher

Dr. Robert and Rosemary Barnes are conference speakers and coauthors of Rock-Solid Marriage, Preparing your child for Dating, Ready for Responsibility, Great Sexpectations and We Need to Talk. Dr. Robert Barnes is executive director of Sheridan House Family Ministries, the author of several books, host of the weekly "Family Time Radio" program, and writer of a newspaper column on family issues. Rosemary Barnes is a frequent national conference speaker with Robert on marriage and family issues.

Chapter 1 'Can I' vs. 'May I' In April 1996, little Jessica Dubroff got an answer to both questions. Jessica had dreamed of flying an airplane across the United States. She was driven by a strong desire and an exuberance for flying. She wanted to set a record---to be the youngest person to fly an airplane across the United States. Finally the day arrived when Jessica would begin her transcontinental flight in a small four-passenger Cessna, from Half Moon Bay, California to Falmouth, Massachusetts. Her question 'May I?' had been answered. She was given permission to try. Yes, she could. But the answer to the more important question, 'Can I?' turned out to be very different. A nation seemed excited to watch the progress of this four-foot-two-inch seven-year-old as she began an adventure normally reserved for trained adults. Those following her progress on television and in the newspapers did not know that Jessica was not ready to perform the tasks required. She didn't have the ability or the experience to cope with the dangers she would face. Because Jessica was given permission to do something that she did not yet have the ability to do, she paid a high price. Jessica's plane crashed in Cheyenne, Wyoming, just one day after she had begun her cross-country flight, killing Jessica, her father, and her flight instructor. Jessica is just one example of a child rushed into an adult activity. The child of today often seems caught in a culture that places adult activities in front of them. Children are able to get their hands on guns before they've been taught to control their childish tempers. Young teens are given the option of abortion before they've been taught the sanctity of life. Children of all ages are placed in front of television programs that were previously not even available for adults. And children are being thrust into the adult arena of dating without first being taught the rules or shown the areas that are out of bounds. They lack the necessary training. They lack the necessary supervised practice. And, like Jessica, these children are being given permission to do something they do not yet have the ability to do safely. The results often are disastrous. Dating is a relatively new phenomenon in our culture. Over a period of a little more than a few decades, the purpose, age range, and ground rules have gone out the window. Even more disastrous is the fact that the 'dating referees,' the parents, have allowed themselves to become powerless. Parents now stand on the sidelines watching, with no whistle to blow. One parent said, 'What are the rules for dating, anyway?' It's hard to blow the whistle for a rule violation when you don't know any of the rules. This abandonment of ground rules so often seen today crept up on parent and child alike. Historically, dating was not considered something done simply for entertainment, a minor social event. Instead dating, if there was any, was always a precursor to marriage. Dating was part of the selection process for marriage. It was never totally unsupervised or unstructured. Children were not left to decide when they should begin dating and what they should do during their dates. In the past, dating was under the control of the parents. There was a plan. Few areas of family dynamics have undergone as major a transition as has the dating process. In fact, in most cases it's no longer a process. It's no longer a supervised activity for social growth. For the most part, parents have been pushed out of the dating process altogether. They're left in the dark, without any plan to help guide their child, to prepare their child for dating. All too often parents are left to do nothing more than answer the child's inevitable question: 'May I?' And all too often, neither the child nor the parents have thought through the answer to the more important question: 'Can I?' This lack of a dating plan for our children almost guarantees tragedy. When children aren't helped in the process of picking their dating partners, they don't learn the skills needed for eventually selecting the partner they will marry. A direct result is our high divorce rate. Whose job is it to teach our children how to date? Who is responsible to answer questions about dating, questions such as, When can I start to date? Where can I go on a date? What can I do on a date? What can't I do? Can I go out with him? Or her? What should I wear? And the question that probably won't come up: What is the purpose of dating? When parents don't take the leadership in this area, making sure their children have the answers to all these questions, children are left to decide for themselves. And all too often, just like Jessica Dubroff, these children don't have enough information to make a wise decision. They get hurt. When it comes to dating, every child will most certainly ask the question, 'May I?' It's the parents' responsibility to provide the training so that both the parents and the child can answer the child's more significant, but unspoken, question: 'Can I?' Left to themselves, where do children get their answers about dating? Most influential in today's child's life are television, music, peers, and even their own biology. Today's parents must step back into the dating process and prepare their children to succeed at dating. Dating is not a social 'sport.' Parents need to teach their children that dating has a purpose, certain goals. They need to be able to answer the question 'Can I?' rather than simply giving permission by saying, 'You may.'

Doing Life With Your Adult Children: Keep Your Mouth Shut and the Welcome Mat Out
Jim Burns
Paperback

Why is My Teenager Feeling Like This?: A Guide For Helping Teens Through Anxiety and Depression
David Murray
Paperback

Your Teenager is Not Crazy: Understanding Your Teen's Brain Can Make You a Better Parent
Jerusha Clark, Jeramy Clark
Paperback

She is Yours: Trusting God as You Raise the Girl He Gave You
Wynter Pitts, Jonathan Pitts
Paperback

Growing With: Every Parent's Guide to Helping Teenagers and Young Adults Thrive in Their Faith, Family and Future
Kara Powell, Steven Argue
Paperback