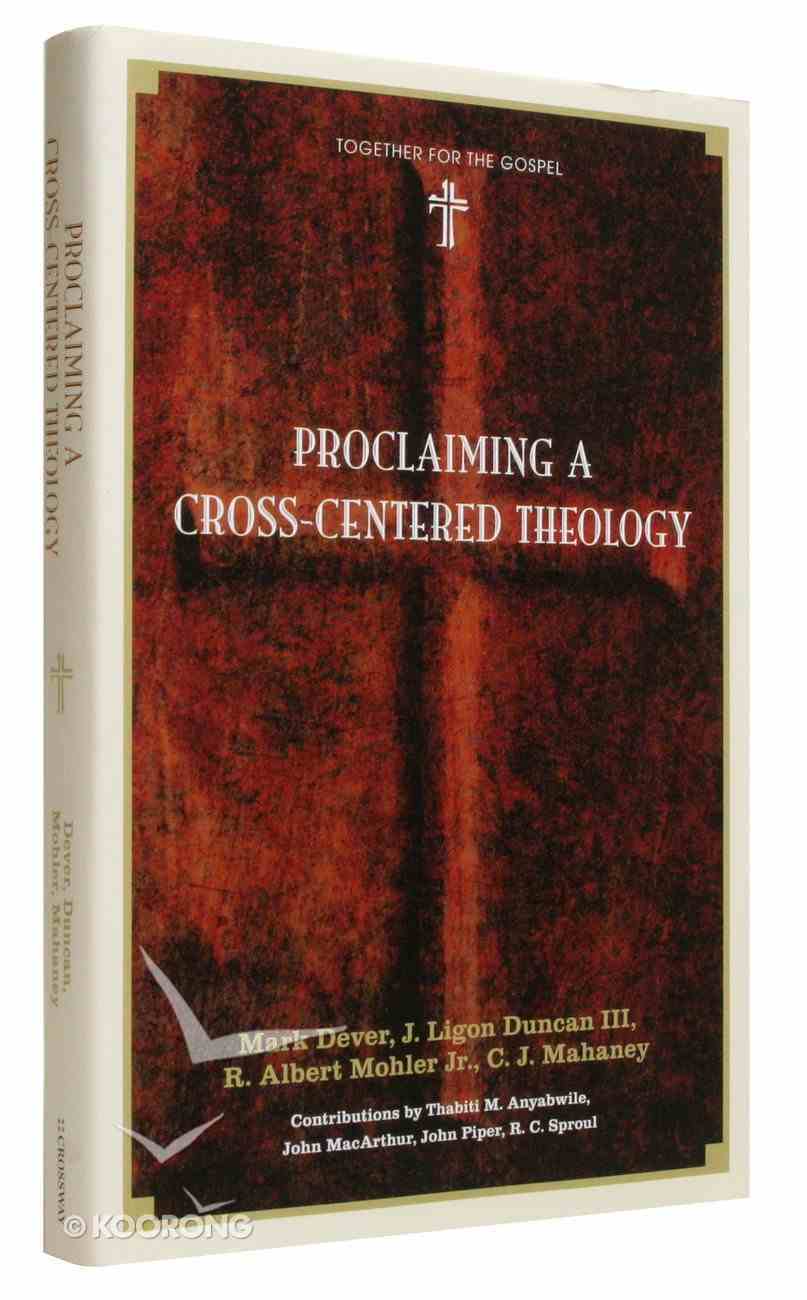 Proclaiming a Cross-Centered Theology (Together For The Gospel Series)

Some of the leading voices in evangelical Christianity reaffirm the importance of preaching biblical theology for the health of our churches. ^^Loving, teaching, and rightly dividing the Word of God is every pastor's privilege and responsibility. If a pastor...

Some of the leading voices in evangelical Christianity reaffirm the importance of preaching biblical theology for the health of our churches.
^^Loving, teaching, and rightly dividing the Word of God is every pastor's privilege and responsibility. If a pastor understands what the Word says about God, man, and the curse, about Christ and his substitutionary atonement, and about the call to repentance and sacrifice, he will develop and preach a sound theology. And sound theology is, in the words of J. Ligon Duncan, essential to faithful pastoral ministry.


^^^Proclaiming a theology that is centered on Christ's atonement is especially critical, for by this atonement, Christians have been brought from death to life, and by it a church lives or dies. In this penetrating sequel to Preaching the Cross, John Piper, R. C. Sproul, John MacArthur, and Thabiti Anyabwile join authors Mark Dever, Ligon Duncan, C. J. Mahaney, and Albert Mohler in exploring the church's need for faithful proclamation and calling pastors and churches to cross-centered, scripturally saturated thinking.

Mark Dever (Ph.D., University of Cambridge) is Senior Pastor of Capitol Hill Baptist Church in Washington, D.C. and Executive Director for 9 Marks Ministries. Dr. Dever has contributed to several books on church health and church leadership, and is a visiting professor at both Beeson Divinity School, The Southern Baptist Theological Seminary and Trinity Evangelical Divinity School.
He has written What Is A Healthy Church?; 9 Marks Of A Healthy Church (Expanded 2004), The Deliberate Church, The Message of the Old Testament: Promises made, The Gospel and Personal Evangelism, The Message of the New Testament: Promises Kept, and Twelve Challenges Churches Face.
Koorong -Editorial Review.